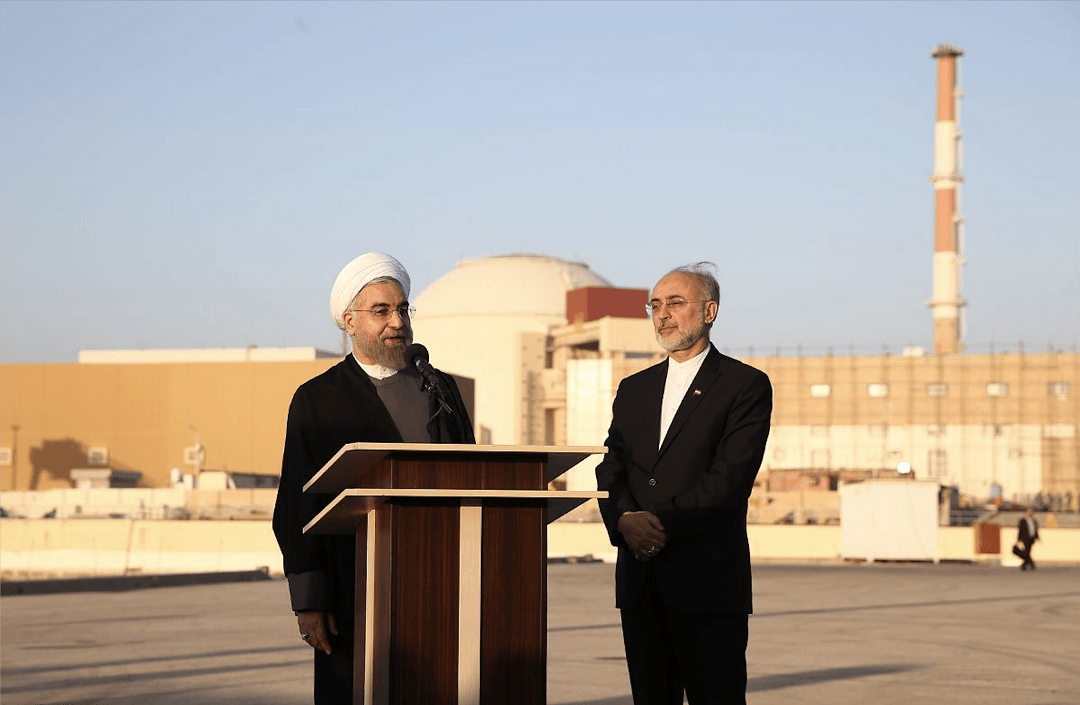 Staying the Guns of August

President Trump on 29 July tweeted that “the Iranians never won a war, but never lost a negotiation”.

Why it matters: Today’s confrontation between the U.S. and Iran is reminiscent of tensions on the eve of World War I. The standoff is akin to what happens when an irresistible force – the Trump administration’s “maximum pressure” campaign – meets the immovable object of Iran’s resolve to resist rather than yield. The 31 July decision to blacklist Iran’s top diplomat and label him “an illegitimate spokesman” underscores a fundamental tension in U.S. policy: expressing an interest in talks while undermining prospects for their initiation, let alone success. As tensions escalate, the impact of a potential collision would extend far beyond its two main protagonists. In a new Crisis Group report based on dozens of interviews with U.S. and Iranian officials as well as a broad range of regional policymakers from Yemen to Iraq to Israel, we examine the escalatory risks of a confrontation in key flashpoints and propose a tactical détente whereby Tehran and Washington each take a step back from the brink and let third-party mediators plot a de-escalatory path.

The U.S. on 31 July announced that it was extending waivers on international nuclear cooperation projects in Iran.

Why it matters: The Joint Comprehensive Plan of Action (JCPOA) provides for international cooperation on Iranian civil nuclear projects. After withdrawing from the JCPOA, the U.S. allowed these initiatives to continue by issuing specific waivers. These include converting the heavy-water reactor at Arak into a proliferation-resistant one, turning the Fordow facility into a research and medical centre, as well as Russian cooperation on running the Bushehr power plant. In May, however, the U.S. began to tighten the screws by ending waivers on storing of heavy water and sending enriched uranium abroad. Some in Washington, including a group of lawmakers, had been advocating that the waivers be terminated altogether, further undermining the nuclear deal and putting its remaining parties in a position of violating their JCPOA commitments or else risking U.S. penalties. Iran had suggested that revoking the waivers would give it reason to further roll back its obligations under the deal, while putting the blame on the U.S.’s doorstep. The waivers’ extension for another 90 days provides a reprieve, but the clock has already started ticking, which may reduce the incentive for the other parties to the deal to engage in long-term nuclear cooperation with Iran.

A UAE delegation was in Tehran on 30 July for discussions on maritime issues.

Why it matters: Along with Saudi Arabia and Israel, the UAE is usually seen as one of the main regional supporters of the Trump administration’s Iran strategy. But growing risks of a U.S.-Iran clash are keenly felt in the Gulf, particularly among smaller states on the front lines of a potential confrontation: an escalation could endanger their infrastructure, economy, tourism and energy exports. While Tuesday’s meeting was ostensibly technical and following up on existing bilateral consultations, the timing and acknowledgement of a “satisfactory” session could signal Abu Dhabi’s interest in a cooling down of tensions. It’s also worth recalling that the UAE was careful not to publicly blame Iran for attacks on tankers in the port of Fujaira in May, and in June drew down its forces from fighting the Huthis in Yemen (though it remains heavily committed in the south of the country). “We are very alarmed at the sporadic nature of the escalation [between the U.S. and Iran]”, a senior UAE official told Crisis Group. “We’re at the brink of something”. The logic may be that keeping channels of communications open translates that alarm into a de-escalatory message intended for both Washington and Tehran.

6 September: Iran’s next deadline for reducing its JCPOA commitments. 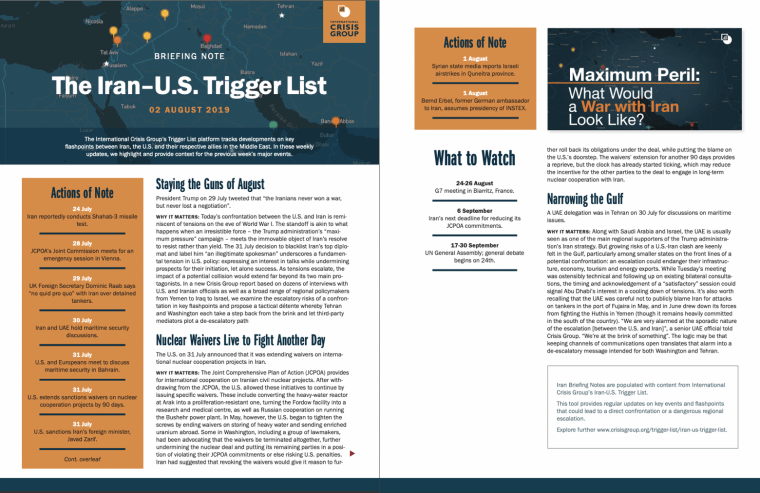