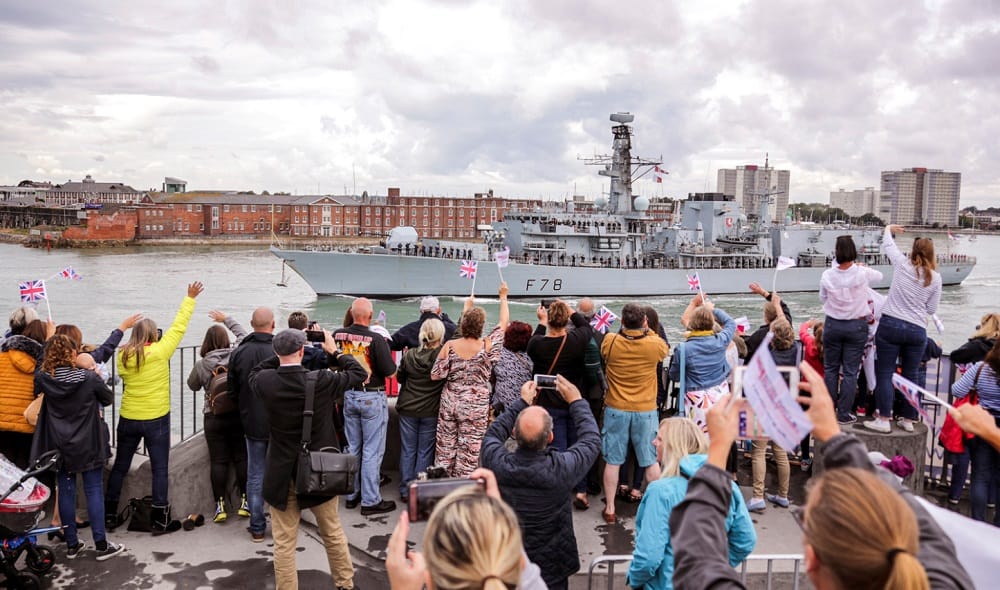 Why it matters: The Strait of Hormuz and surrounding waterways have become the central theatre for rising U.S.-Iran tensions following a string of incidents against commercial shipping. Israeli Foreign Minister Israel Katz on 6 August reportedly confirmed that Israel was providing intelligence in support of the U.S.-led effort to build up a maritime coalition; the UK has also joined the U.S. mission and on 12 August dispatched HMS Kent to the Gulf as the destroyer HMS Duncan rotates out. But assembling what is now being termed the “International Maritime Security Construct” is proving a challenge: Germany and France are reluctant to participate under a U.S. umbrella, while Japan is reportedly considering the dispatch of naval assets off the Yemen coast but not in the Gulf. German Chancellor Angela Merkel on 14 August indicated that putting wind into the sails of a parallel European initiative is likely to come up at the end of the month, when senior European diplomats and defence officials convene in Helsinki.

A Huthi delegation was in Tehran for meetings with senior Iranian officials including Foreign Minister Javad Zarif and Supreme Leader Ali Khamenei.

Why it matters: There is little doubt that Iran has provided the Huthis with arms, funds and training and that their ties have grown during the conflict between the Huthis and the Saudi-led coalition. Yemen is not a strategic priority for Iran but the war has provided Tehran with a low-cost, high-yield opportunity to bog down its regional rivals. Still, the Huthis reject the notion that they are mere proxies, and direct diplomatic engagement between them and Saudi Arabia to de-escalate cross-border attacks would offer a more constructive path – something the U.S. can facilitate by developing its own channels to Sanaa. Meanwhile, the outbreak of clashes in Aden on 7 August underscored the diverging interests of Riyadh and Abu Dhabi, and, as Crisis Group notes in a conflict alert, could spread to other parts of the south and hurt efforts to broker a deal to end the war with the Huthis.

Iraqi Prime Minister Adel Abdul Mahdi on 13 August visited al-Saqr military base in southern Baghdad and called for an investigation into a deadly explosion there the previous day.

Why it Matters: The explosion of a munitions warehouse reportedly used by Iraqi paramilitary units adds to existing challenges of the Abdul Mahdi government to insulate the country from U.S.-Iran tensions. While it is still unclear if inappropriate storage is the cause of the explosion, the incident gave rise to speculations of an Israeli airstrike. Last month, Asharq al-Awsat, a pan-Arab daily newspaper, claimed that Israel had twice struck Iran-linked targets in Iraq. That Israel has concerns over Iranian precision-guided missile transfers is not new. It has conducted hundreds of (often unacknowledged) operations in Syria to prevent the transfer of such weaponry to Hizbollah. But striking Iranian-linked assets in Iraq would constitute a significant expansion of the arena in which the Israeli-Iranian battle is being waged.

30 August: Next quarterly IAEA report on the JCPOA’s implementation. 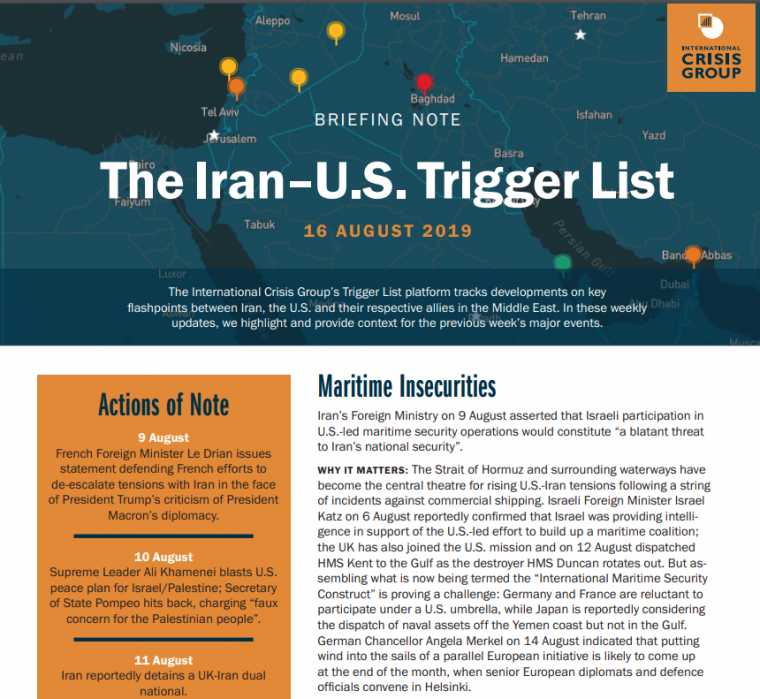