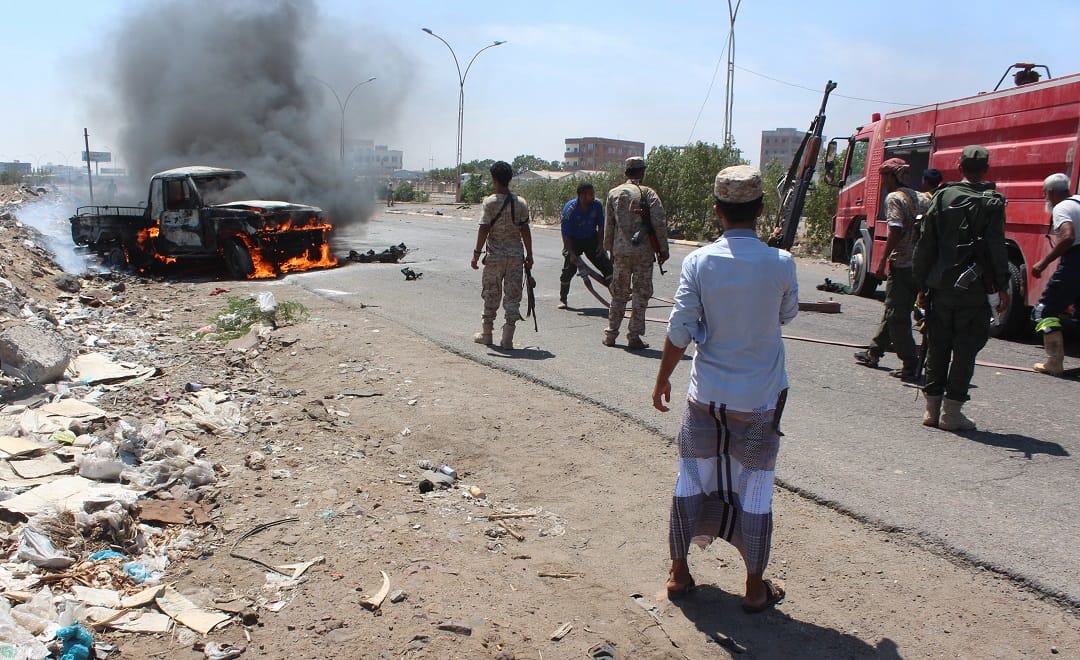 High civilian casualties from the latest U.S. counter-terrorism raid in Yemen risk aggravating rather than helping to resolve a conflict that is the principal reason for the growth of al-Qaeda in the devastated country.

The first counter-terrorism raid authorised by U.S. President Donald Trump over the weekend targeted al-Qaeda in Yemen. How effective was the operation, and what is known about the new administration’s broader strategy on Yemen?

The raid in al-Bayda, a key battlefront in Yemen’s civil war where al-Qaeda in the Arabian Peninsula (AQAP) and its local affiliate Ansar al-Sharia (AAS) are embedded in the conflict, is a good example of what not to do. The use of U.S. troops and the high number of civilian casualties – local sources report that at least ten women and children were killed – are deeply inflammatory and breed anti-American resentment across the Yemeni political spectrum that works to the advantage of AQAP. The raid ignores the local political context, to the detriment of an effective counter-terrorism strategy. The tribesmen targeted had links to AQAP/AAS, yet many, if not most of them, were motivated less by AQAP’s international agenda, including targeting the West, and more by a local power struggle in which AQAP is viewed as an ally against the Huthis (a Zaydi/Shiite militia) and fighters aligned with former President Ali Abdullah Saleh. At a local level, the raid not only plays into AQAP’s narrative of the need to violently oppose what they claim is a U.S. war against Muslims, but it also gives AQAP an opportunity to accuse the U.S. of assisting Huthi/Saleh forces in the fight for al-Bayda, an accusation that will likely resonate with the anti-Huthi/Saleh population in this area. This is ironic, because the U.S. is assisting Saudi Arabia in bombing Huthi/Saleh forces.

It is too early to determine what, if any, broader strategy the Trump administration has in Yemen. On counter-terrorism, it seems he will continue former President Barack Obama’s policy of relying heavily on drones and special operations. Yet drone attacks have shown limited effectiveness and a propensity to backfire politically when they cause high civilian casualties. Although they have dealt repeated blows to AQAP by killing key leaders and ideologues, they have failed to stop its rapid growth – in large part because the opportunities provided by the war outstrip its losses

How serious is the threat posed by the Yemeni branch of al-Qaeda?

AQAP is stronger than it has ever been. While Islamic State has dominated headlines in other parts of the Middle East and North Africa, in Yemen, al-Qaeda has been the success story. Over the course of the country’s failed political transition and civil war, it has exploited state collapse, shifting alliances, a burgeoning war economy and growing sectarianism to expand its support base, challenge state authority and even govern territory at times. It has morphed into a local insurgency, attaching itself to a larger “Sunni” opposition to the Huthi/Saleh alliance and pursuing a strategy of gradualism by avoiding aggressively offending local norms and by working with local communities to improve services and swift provision of justice. AQAP is embedded in a war economy that spans the various political factions, including Huthi/Saleh fighters, and it has obtained new resources by raiding banks, controlling the port of Mukalla for over a year, looting army bases and indirectly obtaining weapons from the Saudi-led, U.S.-backed coalition that is supporting the internationally recognised Yemeni government of President Abed Rabbo Mansour Hadi against Huthi/Saleh forces.

Although AQAP has pursued a “Yemen first” strategy of addressing local grievances and blending into local conflicts, it continues to balance local and global objectives, calling for attacks, particularly “lone-wolf” attacks, against the West. There is debate about the degree to which the group poses a risk to the U.S., in particular, but a long-term threat remains.

Who are AQAP’s friends and enemies in Yemen?

Yemen’s political elites have a long history of collaboration with and co-optation of Sunni jihadist groups, including AQAP. This creates obstacles to combating the group, as elites have the ability and sometimes an interest in using it for their own financial or political gain. On the other hand, given that AQAP and its local affiliate, AAS, are primarily Yemeni organisations with legitimate local grievances – lack of justice provision, services and jobs – there are opportunities to weaken its transnationally-focused leadership by addressing these domestic concerns.

While virtually all Yemeni and regional belligerents claim AQAP and IS as their enemies, they have all contributed to their rise. The Huthi/Saleh front’s military push into predominantly Sunni areas has opened vast opportunities for AQAP and IS to insert themselves into a broader “Sunni” opposition. The Huthi/Saleh side has a counterproductive propensity to conflate a range of opponents, including southern separatists, the Sunni Islamist party Islah, AQAP, and Islamic State. For its part, the anti-Huthi bloc has operated on the principle of the “enemy of my enemy is my friend”, only turning on AQAP and IS once the Huthis are pushed out of territory. The Saudi-led coalition has focused on the Huthi/Saleh advance, which it views as part of Iranian expansionism, as priority number one, allowing AQAP to govern large territories for extended periods and reap the attendant financial benefits. In April 2016, coalition forces from the United Arab Emirates dislodged AQAP from Mukalla, for instance, but the group was not defeated and merely melted away into the hinterland. Meanwhile, it profits from continuing conflict, especially along the front lines. In short, AQAP is in the paradoxical position of being the enemy of all parties yet arguably the war’s biggest beneficiary.

Last week, UN Envoy to Yemen Ismail Ould Cheikh Ahmed briefed the Security Council and recommended an immediate ceasefire. How close are the parties to reaching any agreement to halt the fighting?

There is little chance of reaching a settlement at the moment, largely because the Saudi-led coalition and the Hadi government appear determined to secure military gains along the Red Sea coast before returning to meaningful talks. In October, the Huthi/Saleh alliance agreed to negotiate based on the terms of the “Kerry plan”, which combined security and political compromises allowing for Huthi/Saleh withdrawals from Sanaa, phased disarmament, and the formation of a national unity government in which they would be part. But it was unclear how far they would compromise on details of withdrawal and disarmament that are important to the Saudis and their allies. Ultimately, the intervention from then Secretary of State John Kerry proved too little, too late, as the Hadi government rejected the plan, an indication of its understanding that the Obama administration was a lame duck unable to press the Saudis toward a peace deal. Now efforts to restart negotiations are effectively dead. Although the UN remains an essential umbrella under which to negotiate a settlement, after three rounds of failed peace talks and numerous ceasefire attempts, it has lost credibility on all sides and is unlikely to revive meaningful negotiations absent a change in the main belligerents’ calculation as to what constitutes an acceptable compromise.

If the prospects for bringing the war to a negotiated settlement remain distant, what can be done in the near term to limit the threat posed by al-Qaeda and other jihadist groups?

The most effective way to reverse AQAP’s gains is to address the conditions that made these possible, by ending the war through a durable, inclusive political settlement. As this is a distant prospect, there are several steps that could reduce the group’s influence. For states and groups operating in areas currently or previously under AQAP control, such as the Hadi government, affiliated militias and the United Arab Emirates, these measures include: prioritising basic security, service and justice provision, especially quick and transparent dispute resolution; disaggregating rather than conflating the wide range of Sunni Islamist groups; and using military and policing tools judiciously and in accordance with local norms and laws. For the U.S. and other governments interested in fighting AQAP, it means being willing to evaluate and constrain local and regional partners who may tolerate or even encourage AQAP/AAS for their own political or economic gain. It also means avoiding heavy-handed military action outside of a political strategy, such as the 29 January raid in al-Bayda, which is likely to aggravate rather than mitigate the problem. The Huthi/Saleh bloc could help by avoiding further military incursions into predominantly Sunni areas, which have inflamed sectarian tensions and fuelled AQAP and IS propaganda. All Yemeni and regional belligerents should refrain from labelling enemies in crude sectarian terms.

Yemen’s Terrible War Is About to Get Worse

The following article is a French translation by Orient XXI of Crisis Group's Q&A with April Longley Alley, Senior Analyst for the Arabian Peninsula, from 1 February 2017.