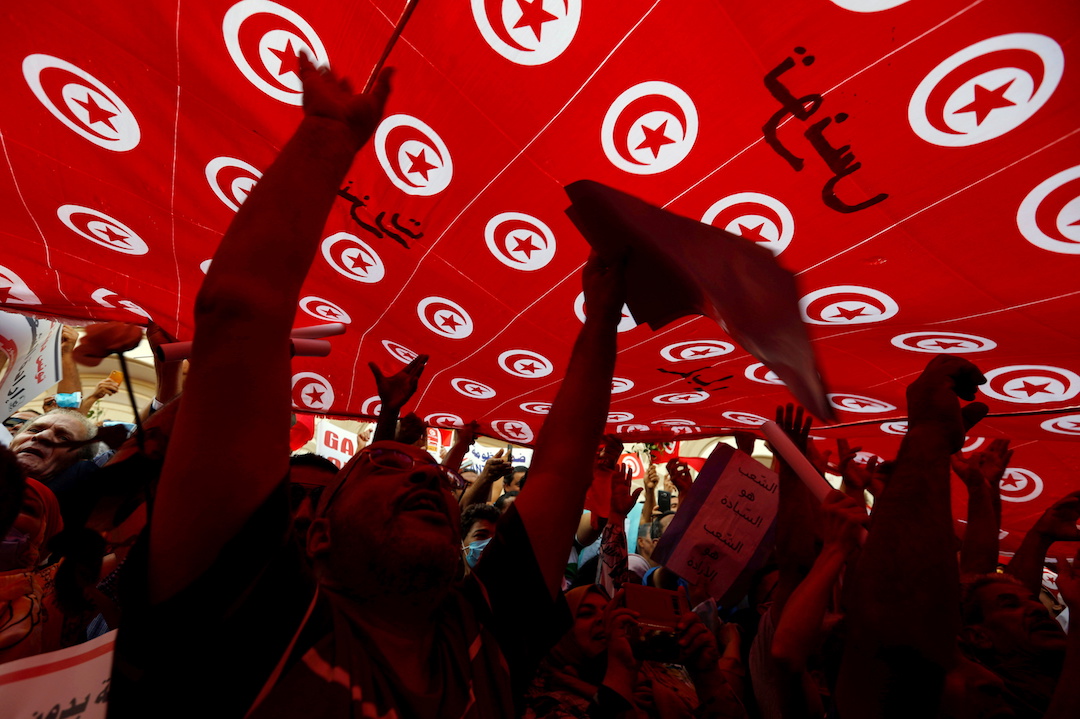 What’s new? Since seizing power on 25 July 2021, President Kaïs Saïed has introduced a state of emergency, suspended parliament and dismissed the prime minister, consolidating authority in his own hands. Tunisia’s economy is in dire straits, which could push large parts of society into poverty.

Why is it important? President Saïed’s power grab and subsequent policies have widened the rift between pro- and anti-Saïed factions and could even trigger violence. Tunisia’s key partners, particularly the United States and the European Union, pressure the government by threatening cuts to bilateral aid, which could further harm its economy.

What should be done? President Saïed should empower his cabinet to set the course for the country’s economy, rather than attempting to do so himself. He should launch an inclusive national dialogue as a prelude to returning to a negotiated constitutional order. In response, foreign partners should offer Tunisia prospects for a brighter economic future.

After President Kaïs Saïed’s power grab on 25 July 2021, Tunisia faces the risk of unprecedented violence. The economic and social challenges are daunting, as the president – after partially suspending the constitution – has hardened his patriotic and populist discourse. In turn, the European Union and the United States have increased pressure on Saïed to reverse course, threatening reductions in aid that could exacerbate the crisis, in particular if the state is unable to pay off its foreign debt. This situation could further polarise the country, with pro-Saïed forces on one side and anti-Saïed elements on the other. The president may resort to repressive measures that could trigger severe unrest and heighten his political isolation, taking the country into uncharted waters. To prevent this outcome, Saïed should agree to a national dialogue and allow government ministers to take charge of economic policy. Tunisia’s key partners should encourage the president to accept a return to a negotiated constitutional order by offering the prospect of a brighter economic future for the country.

President Saïed concentrated governing authority in his own hands after introducing a state of emergency on 25 July 2021. He suspended parliament, dismissed the prime minister and issued a decree regulating the state of emergency on 22 September. He also created a provisional Supreme Judicial Council that he placed under his control and dissolved the Assembly on 30 March 2022. Although Tunisians generally continue to enjoy civil liberties, many political figures, particularly from the Islamist-inspired groups An-Nahda and the Dignity Coalition, have been imprisoned, and most observers are worried about a drift toward authoritarianism.

The president remains popular, though opposition to him is growing. Saïed’s backers, several thousand strong but dwindling in number, are pitted against an increasingly better organised anti-Saïed group that also has several thousand supporters. The former group mainly consists of pan-Arab nationalist militants, the far left and disadvantaged youth who see an uncertain future for themselves, as well as self-styled “sovereignists”, who are nationalists hostile to An-Nahda. Saïed’s most fervent supporters promote not just his consolidation of power but also his plan for a new political system, a type of grassroots democracy. The anti-Saïed group consists of Islamist activists and sympathisers, as well as independents, many of whom work in white-collar professions that often opposed President Zine El Abidine Ben Ali (1987-2011). Fearing a slide back into autocracy, this faction is pushing for an end to the state of emergency. As these two groups oppose each other, political polarisation grows, due to both inflammatory posts on social media and a cycle of protests and counter-protests.

Meanwhile, the country is in a socio-economic tailspin. Saïed and Najla Bouden’s government, which took office on 11 October 2021, have little room for macro-economic manoeuvre amid strong external pressures. The president has sole control over state policy, and sees the country’s economic policy mostly through the prism of a moral mission to tackle corruption and “speculators”, but so far has failed to balance the national budget. By degrading Tunisia’s sovereign rating, in mid-October and mid-March, respectively, rating agencies Moody’s and Fitch practically sealed shut its access to global financial markets. At the start of 2021, the International Monetary Fund (IMF) declined to renew its loan facilities for Tunisia given the country’s failure to produce a realistic reform strategy involving political, business and union representatives, or to meet preconditions such as the reduction of the public-sector wage bill. Without an agreement with the IMF in 2022, the country risks being unable to pay off its foreign debt.

Moreover, the U.S. and the European Union (EU), which took a particularly dim view of Saïed’s power grab, have insistently called for a return to constitutional order. They are applying economic pressure that could lead to reductions in bilateral cooperation funds. Such moves, for example a reduction of bilateral aid, could push entire sections of society into poverty and fuel in the short to mid-term social and political tensions which could turn violent.

This multifaceted crisis – manifest in intensifying political polarisation, popular protest and international pressure – is unprecedented and perilous. In order to keep control, the president may ramp up repressive measures, particularly targeting civil society and business. His populist discourse could stir up animosity among his followers toward foreigners and the rich. Within the framework of his plans for a new political system, the promotion of his supporters to positions of local authority, combined with the dissolution of elected municipal governments, could even unleash violent local competition by upsetting the balance among clientelist networks. By grabbing power, making decisions without debate or dialogue, and pushing through anti-corruption measures that do little to improve the lives of most of the population, the president risks isolating himself politically, haemorrhaging support and potentially even exposing himself to being, in turn, ousted through non-constitutional means, which could make his power open for grabs with chronic destabilising effects.

To prevent such a scenario and to reduce polarisation, the president should launch a national political dialogue, in line with the repeated calls from political groupings, unions and associations. This dialogue should go beyond existing plans, such as the recently launched online consultation with citizens, and encompass a range of groups, including political organisations, trade unions and associations. This more inclusive and participatory dialogue should take place ahead of Saïed’s scheduled constitutional referendum on 25 July 2022, to bring the president in closer touch with actors on the ground and help prevent further localised tensions. It would also give more of society a voice in developing and ratifying a program of realistic economic reforms.

In the meantime, Saïed should review Decree 117 of 22 September 2021 on the subject of emergency measures. He should give Prime Minister Bouden sufficient leeway to appoint ministers to draw up a strategy for the economy. Doing so would help negotiations with the IMF, the success of which appears essential as a means of averting a loan default in the medium term.

Tunisia’s main international partners, particularly the EU and the U.S., should dial back their pressure to avoid causing further damage to the country’s socio-economic situation. If the president, after launching a national dialogue, includes a return to a negotiated constitutional order in his political roadmap, international partners should make it a priority to support efforts to boost the country’s economy. For example, the EU could address the question of improving Tunisia’s integration within the European and Euro-Mediterranean economic region, promote the idea of an international conference on Tunisia and bring together the G7 countries to debate the conversion of bilateral debt into development projects. The Union could also enable a new four-year loan facility program with the IMF that would include an important social component, while supporting the country’s technological and industrial changes already under way and accelerated by the COVID-19 pandemic. 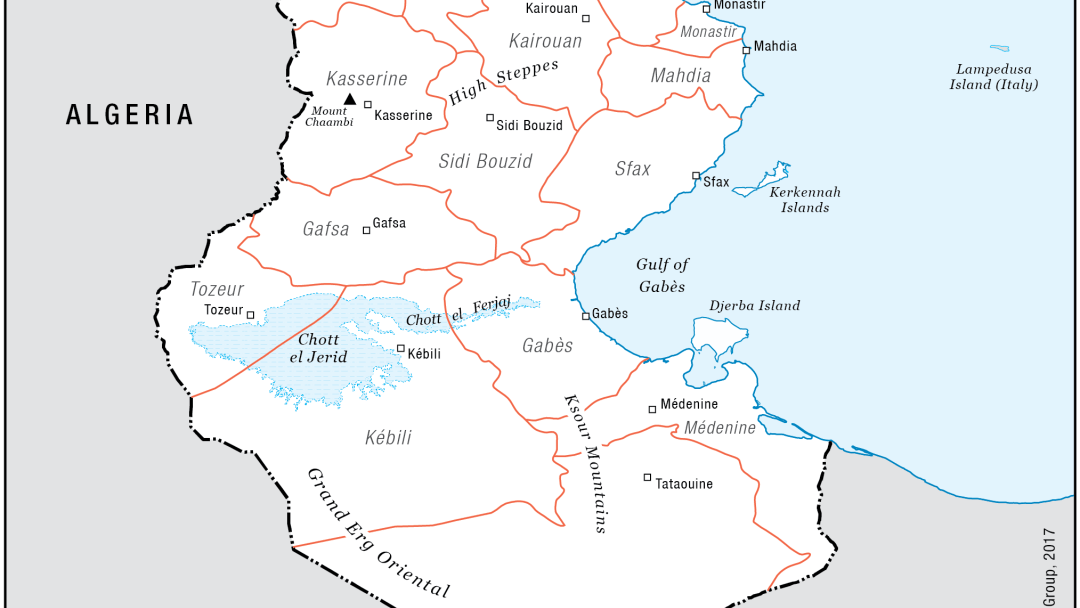