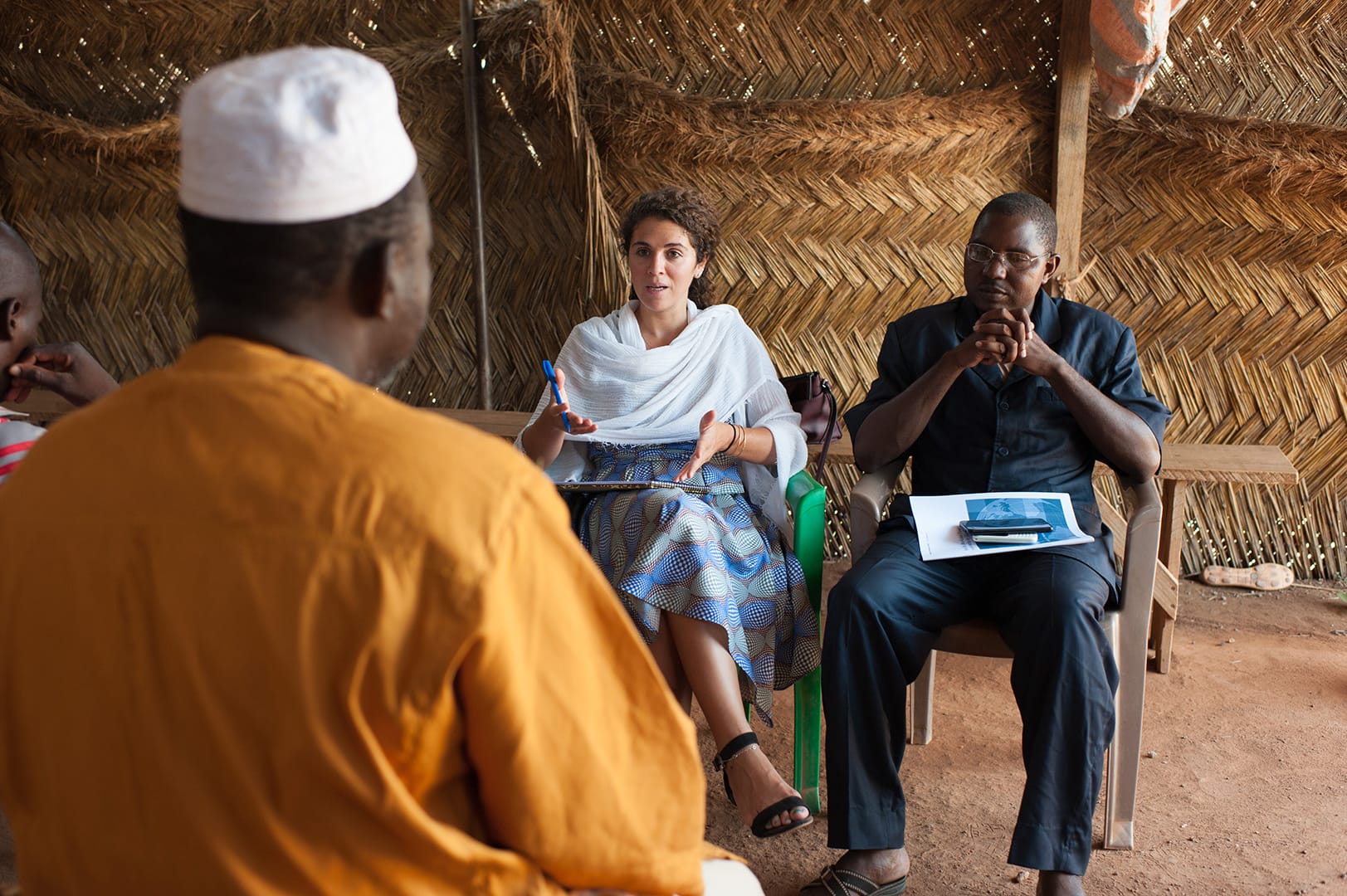 Burkina Faso: A Report’s Conclusions, Presented on the Ground

A Crisis Group report would never come to be without months of field work, drafting and discussion. And as this photo essay shows, our analysts’ presentation of a new publication to its readers is also the beginning of a new cycle of research.

To mark the publication of the Report The Social Roots of Jihadist Violence in Burkina Faso’s North on 12 October 2017, West Africa Analyst Cynthia Ohayon and Project Director Rinaldo Depagne presented their conclusions and recommendations in Ouagadougou to the various protagonists. Cynthia has travelled regularly to Burkina Faso over the past three years; Rinaldo previously lived and worked in the country for more than seven years. Their aim with the report was to persuade political decision-makers and other influential figures to address the root causes of the social crisis in northern Burkina Faso, and to avoid rushing into single-track counter-terrorism strategy at a time when violence is spreading in the north of the country.

Long spared by the Sahel’s armed groups, Burkina Faso – and particularly its northern region – has faced increasing insecurity since 2015. Crisis Group’s many interviews on the ground show that the crisis stems more from social unrest than from the growth of an Islamic movement. 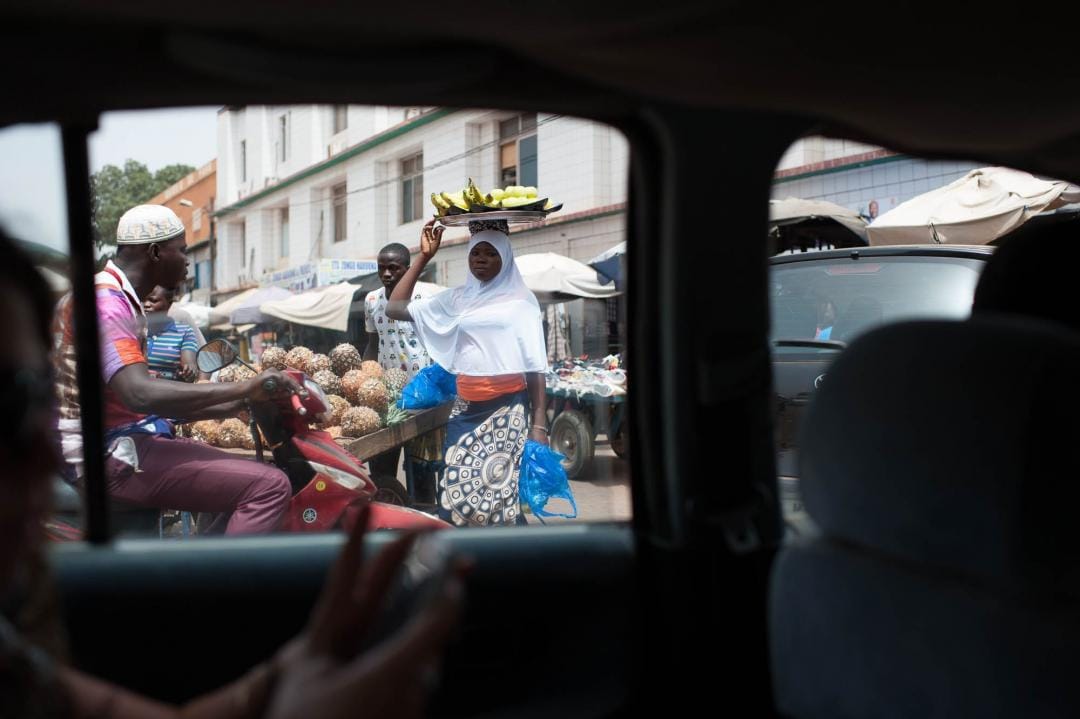 On the day of the report’s publication, Crisis Group held a launch event at a hotel in the capital, organised jointly with Luxembourg’s delegation in Ouagadougou. The number of attendees far exceeded our expectations. Present were representatives from several ministries, Burkinabè army officers, former ministers, the emir of Djibo, traditional Fulani chiefs, diplomats, academics and civil society activists. 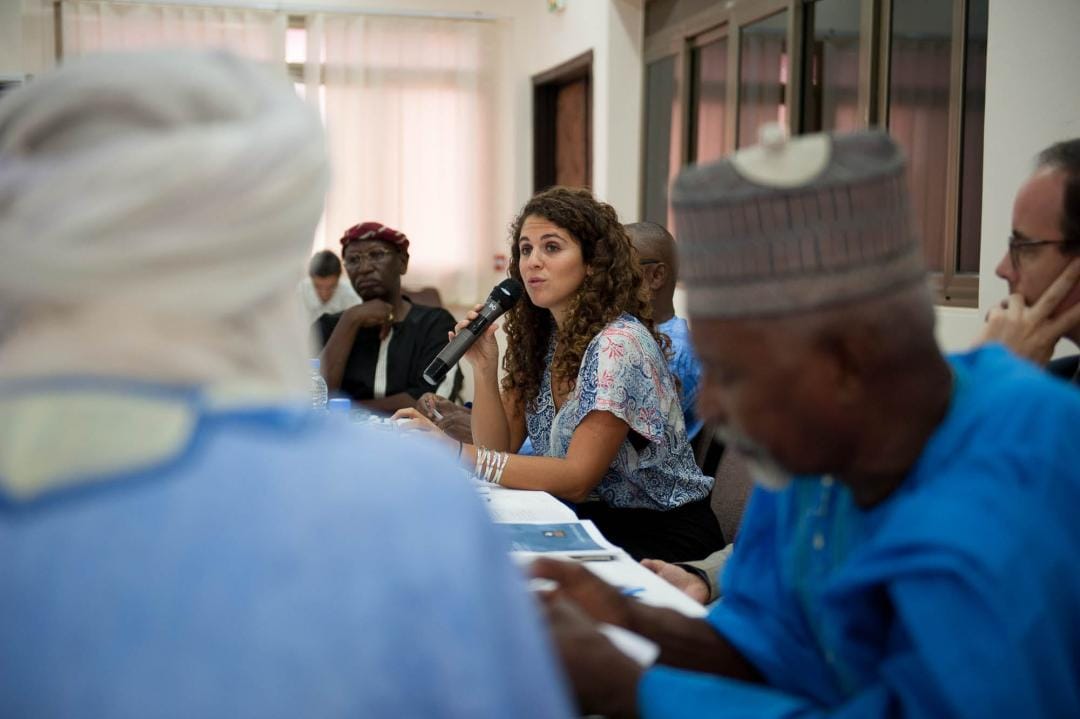 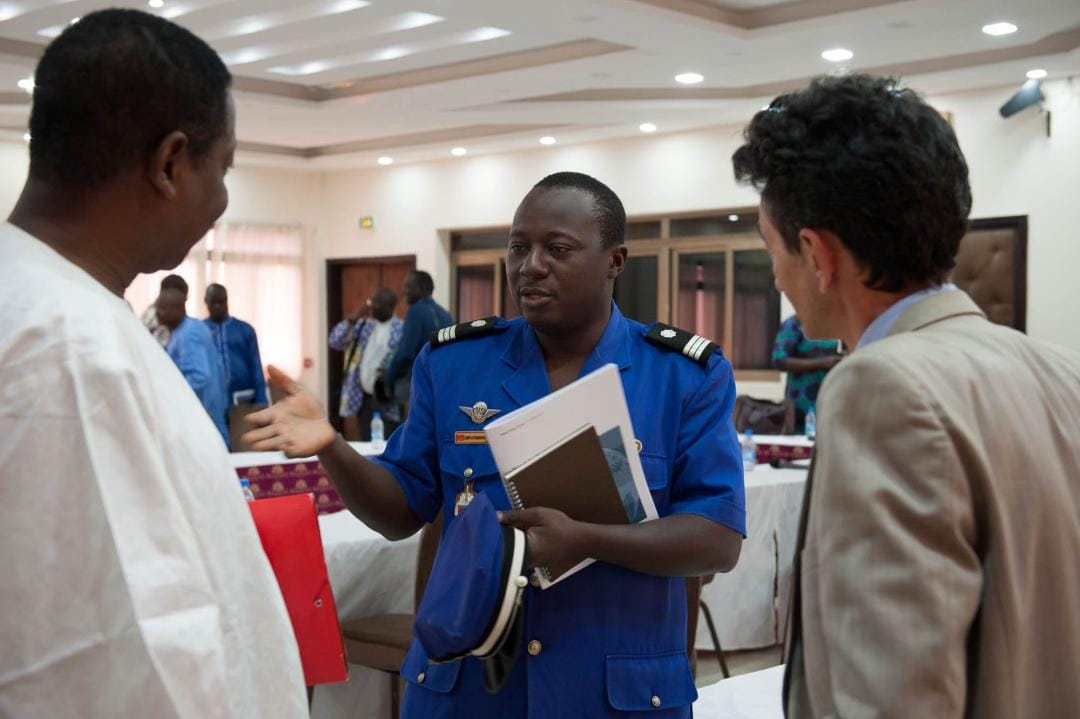 At the event a young man from the north detailed the difficulties faced by his village; a traditional chief reminded those present that rebel fighters were also citizens of Burkina Faso who felt abandoned by an elite fixated upon events in the capital. “I came here thinking that the attacks were terrorism-related. After listening to you today, I now realise courage is needed to meet society’s expectations”, one gendarmerie captain said. “We’ve learned a lot today”, concluded a former minister, in recognition of Crisis Group’s role. 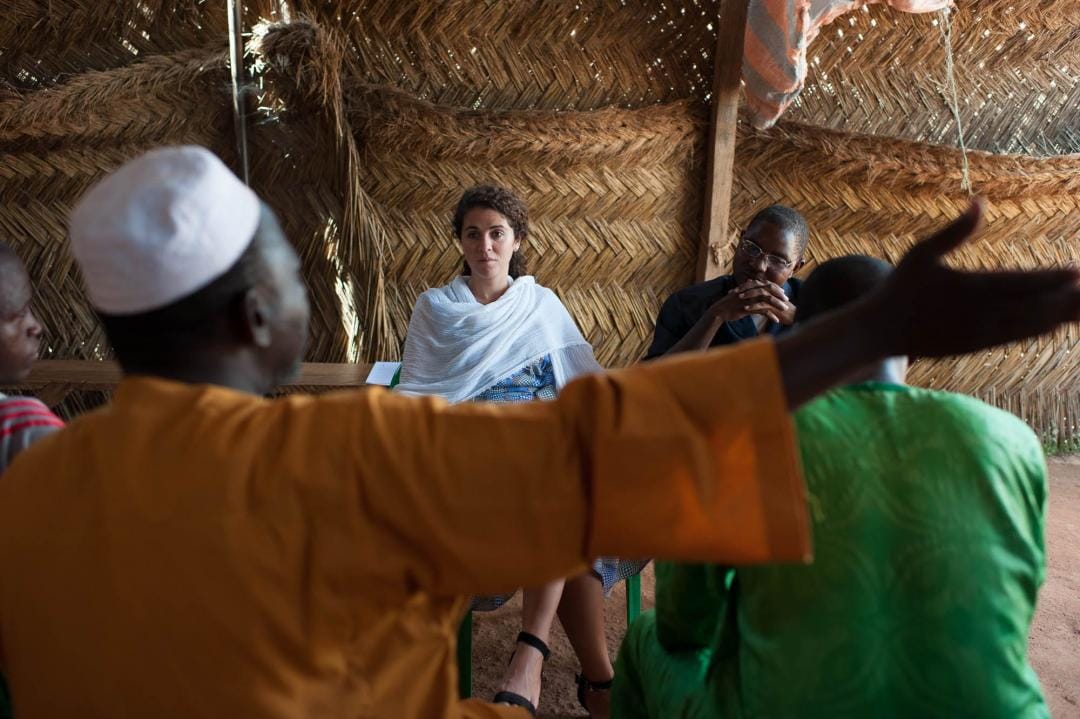 The Crisis Group team then presented the report, its conclusions and recommendations, to the Quranic teachers with whom Cynthia had met five months earlier. Lively discussion quickly followed. The marabouts recounted how the situation in the north had worsened. Basing her comments on the report, Cynthia summarised the points of view of all parties to the conflict. These moments – when various actors feel themselves understood, while listening to the perspectives of others – are at the core of Crisis Group’s advocacy work. On these foundations future solutions can be built.

Crisis Group prides itself on engaging all actors involved in a crisis, as well as others who have something to bring to the table. Our team met with Tanguy Denieul, director of the French Development Agency (AFD), to discuss our conclusion that the crisis is rooted in a sense of abandonment, as demonstrated by the north’s severe underdevelopment. The meeting was focused on the sustainability of financing development in the north, the training of mayors and the supply of electricity to the principal towns. 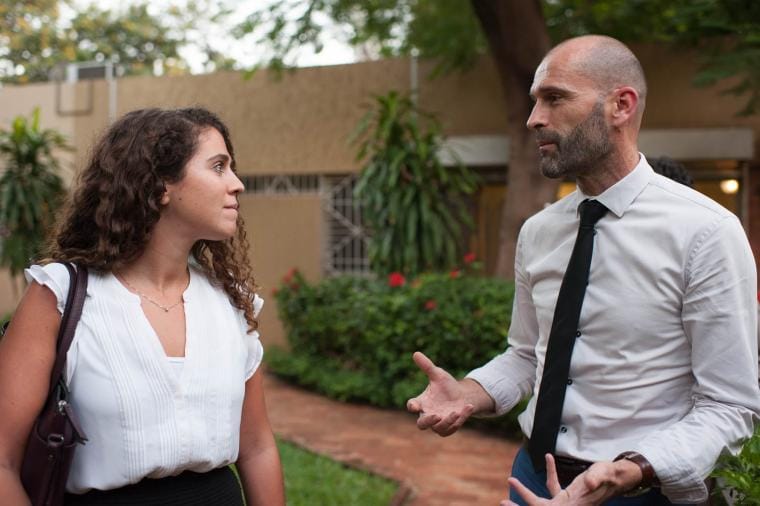 Brigadier-General Oumarou Sadou, chief of general staff of the armed forces, granted an audience to Crisis Group in the presence of three of his officers. We presented our report and discussed the north’s problems, including an ossified and unequal social order and a lack of engagement by the state.

The soldiers asked a number of questions about Mali, regarding the border situation, civilian opinions of the security forces, response times and military abuses. It was a constructive exchange, made possible by mutual trust built up over several previous meetings. The Burkina officers’ priority is to prevent the jihadist violence in Mali from spreading any further into Burkina. Rinaldo Depagne noted down lessons from this meeting to apply to his work on stability in the Sahel and his advocacy for a regional force. The discussion ended with a Burkina proverb: “If your neighbour’s wall has fallen down and your property is in danger, you should help him rebuild it”. 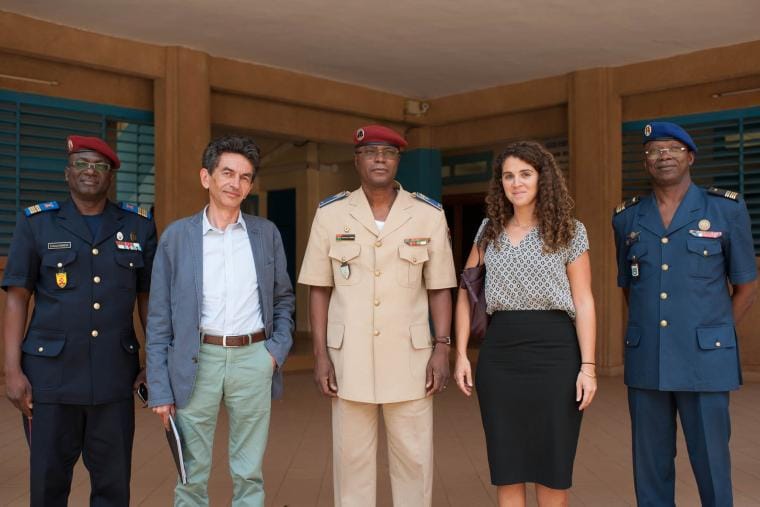 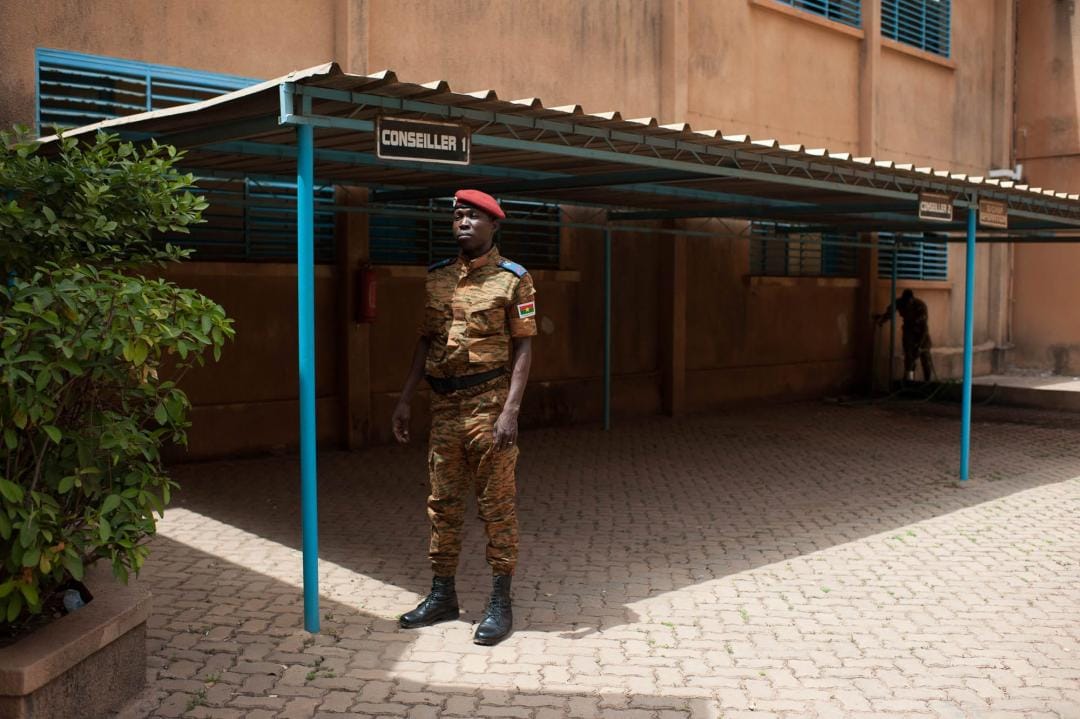 A military at chief of staff's office in Ouagadougou, on 13 October 2017. CRISISGROUP/ Julie David de Lossy

Crisis Group’s credibility in Ouagadougou was already high thanks to its July 2013 report, Burkina Faso: With or Without Compaoré, Times of Uncertainty. This report’s analysis of Compaoré’s vulnerability as a ruler proved prescient, as the president was ousted the following year after a popular uprising. Crisis Group puts great store in maintaining an open and respectful relationship with each of its interlocutors. One of the significant meetings during Cynthia’s and Rinaldo’s trip was with Bénéwendé Sankara, the first vice president of the National Assembly, to discuss how focusing on politics in the capital can distract the government from the task of developing national policy. Only policies that apply nationwide can defuse tensions in the country. 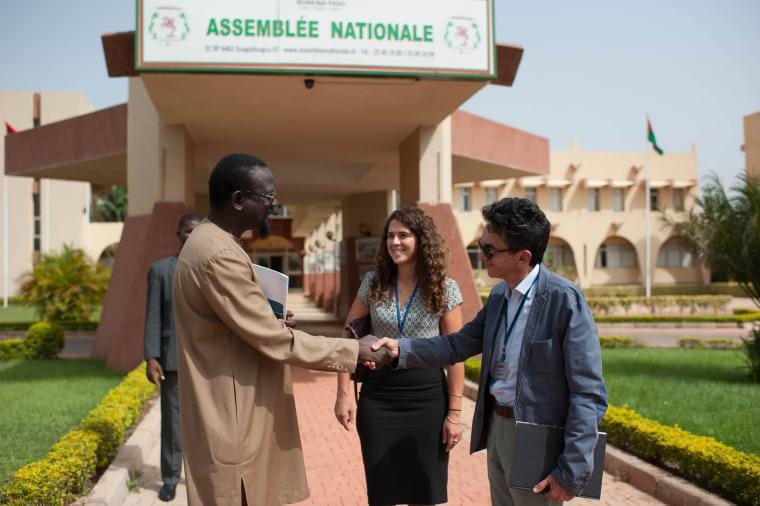 Our team also visited historian Hamidou Diallo at his university office in Ouagadougou. Diallo, who has frequently debated his ideas with Crisis Group over the years, shared his concerns. After exchanging views, we left with new avenues to explore and an agreement to meet again soon. 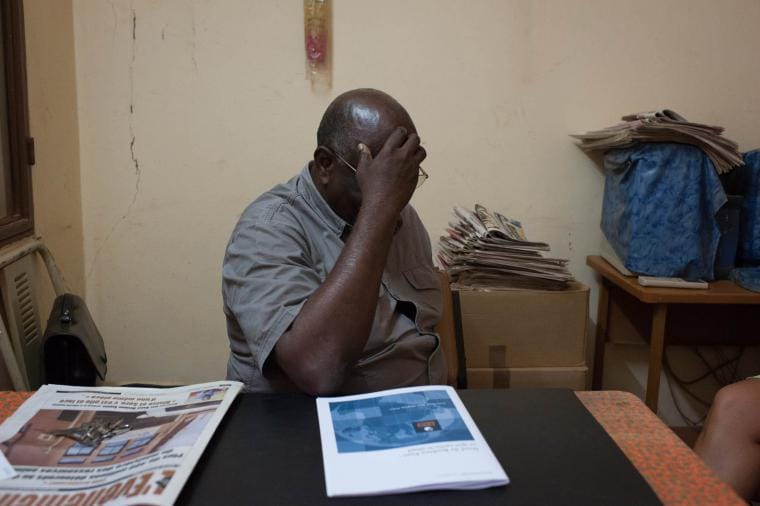 Successful advocacy often depends on our analysts’ flexibility in seizing opportunities. When Cynthia found out that Fulani representatives from Burkina, Mali and Niger were meeting that day in a downtown hotel, she asked if she could join them. The Fulanis from three countries in the region were ready to listen. Some of them were already familiar with Crisis Group’s work, noting its quality and respecting our neutrality.

The imam Ilboudo from the Islamic Education, Research and Study Centre (CERFI), a man highly respected in Ouagadougou’s Muslim community, is a major player in Crisis Group’s advocacy work. Sipping hot tea under a mango tree by the mosque, the imam shared with our team his reactions to their presentation of the report. 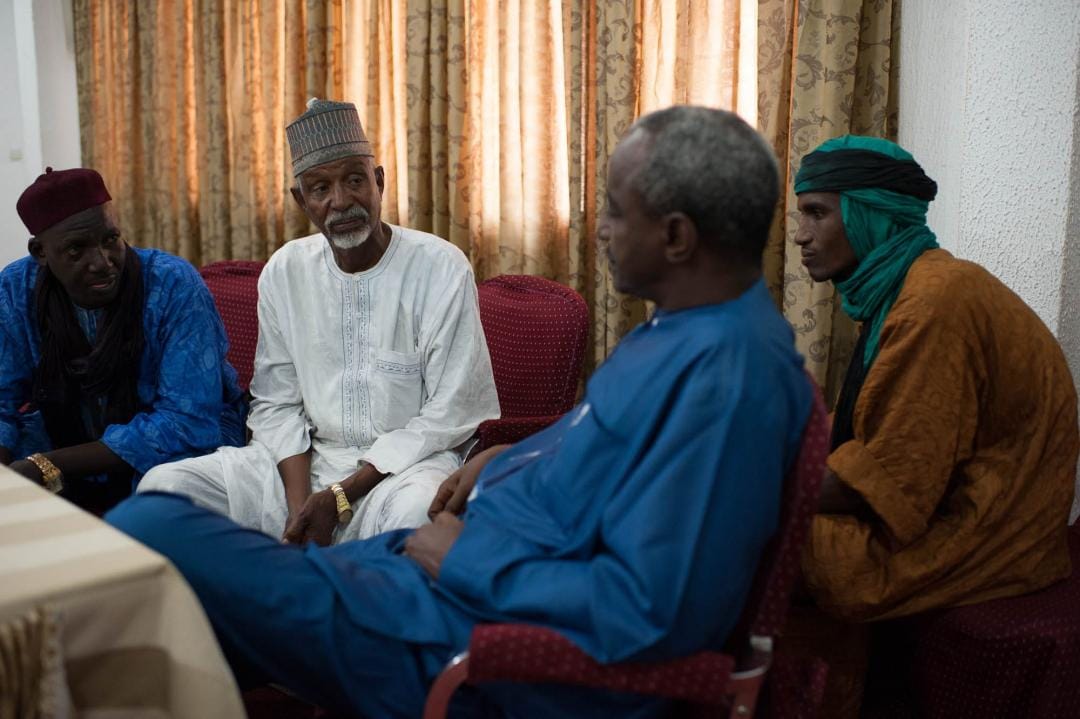 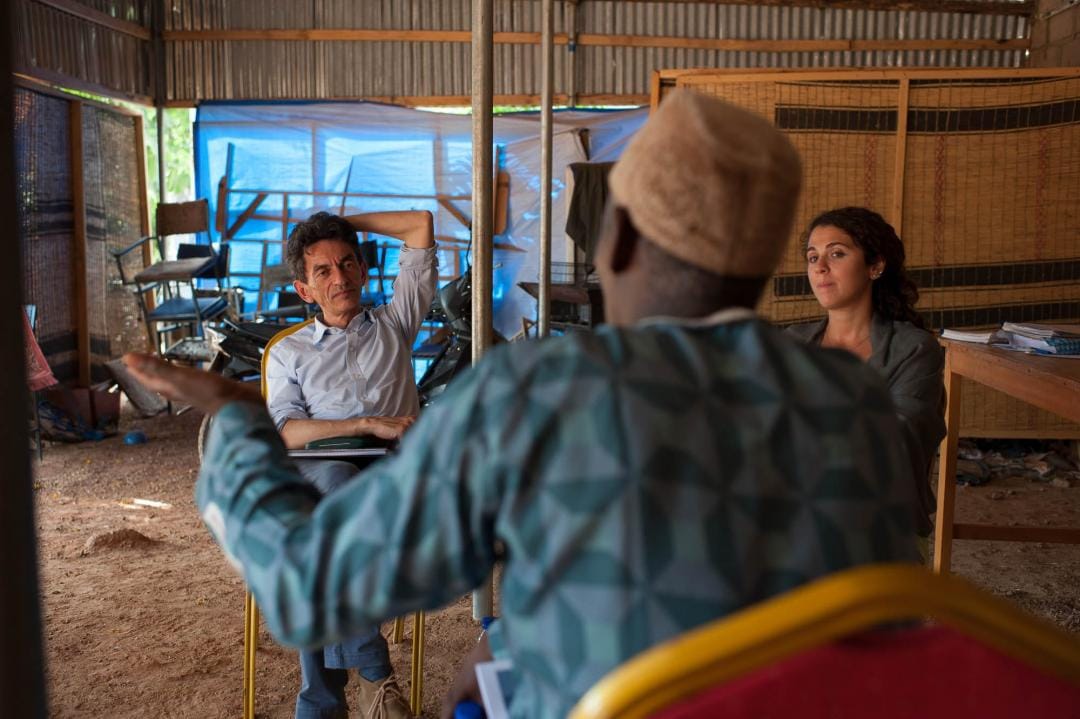 Three months after its publication in French and English, the report The Social Roots of Jihadist Violence in Burkina Faso’s North has already been read more than 21,000 times. The second phase of Crisis Group’s work is to help the actors understand their rivals’ viewpoints and to reflect on the issues at stake. This is the most delicate stage of the proceedings.

Rinaldo Depagne and his team at the West Africa program will keep the report in circulation among the various protagonists on the ground. By continuing to engage in dialogue, they will formulate new approaches as well as understand future obstacles, so as to halt the downward spiral of a deadly crisis.

The meetings held around this new publication were also a point of departure for our West Africa team. Our analysts’ notebooks were already filled with ideas collected on the ground to prepare for our next report on the deployment of a G5 Sahel joint force. 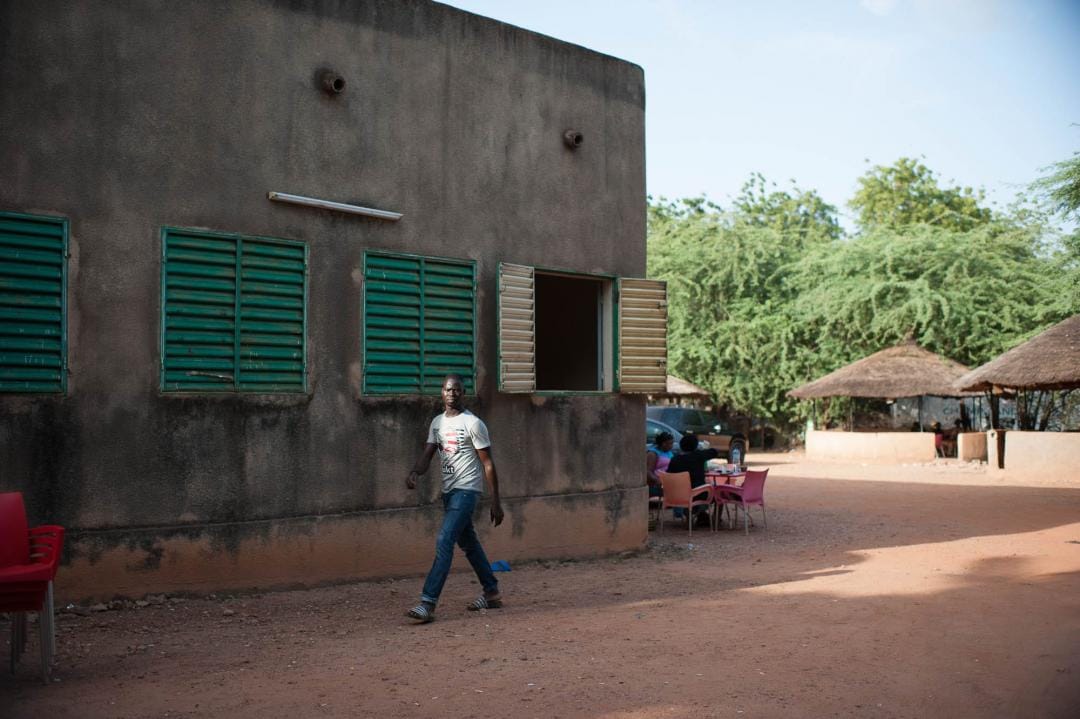 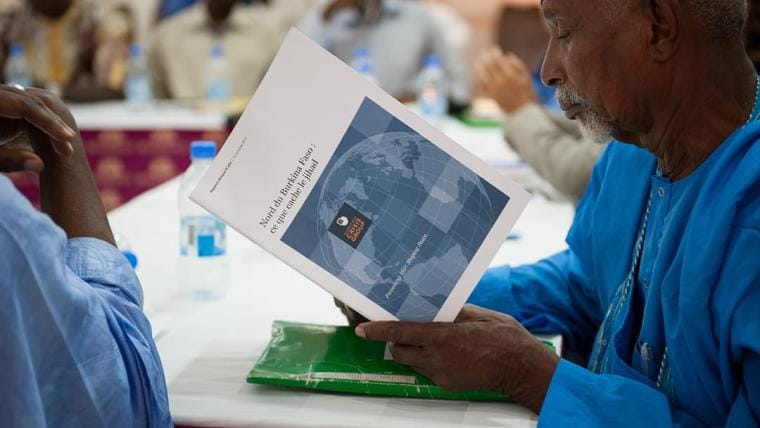 Burkina Faso: With or Without Compaoré, Times of Uncertainty