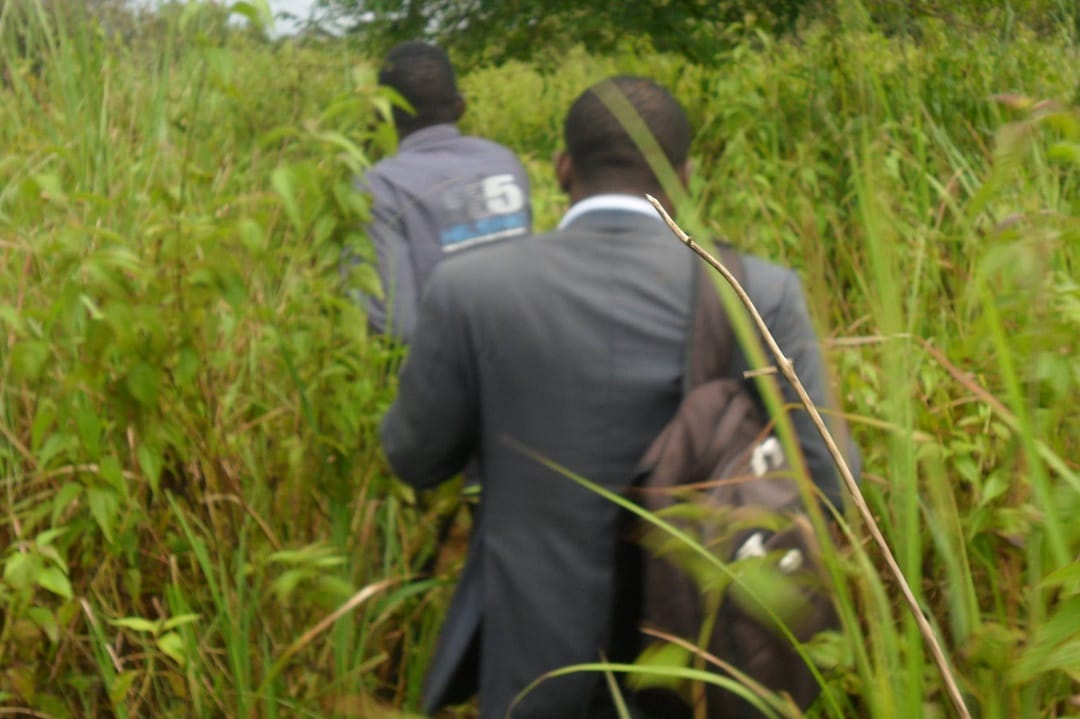 A Household Name in Cameroon

Crisis Group’s work in Cameroon put underreported risks in this country on the policymaking radar years before the outbreaks of the Boko Haram insurgency in the Far North and a separatist revolt in Anglophone regions.

Crisis Group’s story in Cameroon began in 2009, when we consulted a broad range of ordinary Cameroonians, from teachers to activists, about emerging dangers in their country. Our first two reports, published in May and June 2010, aimed to focus diplomats’ thinking on worsening problems of governance, over-centralised politics and insecurity. At the time, we were still a lonely voice raising these issues. “Our reports were widely admired, but largely ignored”, recalls the lead contributor, our Central Africa expert and current Project Director Richard Moncrieff. “It’s a classic problem with early warning”.

In 2013, Crisis Group hired Hans de Marie Heungoup to analyse Cameroon full time. A young postgraduate from Cameroon with several years of research experience and expertise in conflict prevention, he soon concluded that the jihadist group Boko Haram posed a significant threat in the Far North. “Because of the way Cameroon is governed, it was clear that dealing with the insurgency would be a challenge”, Heungoup explains. 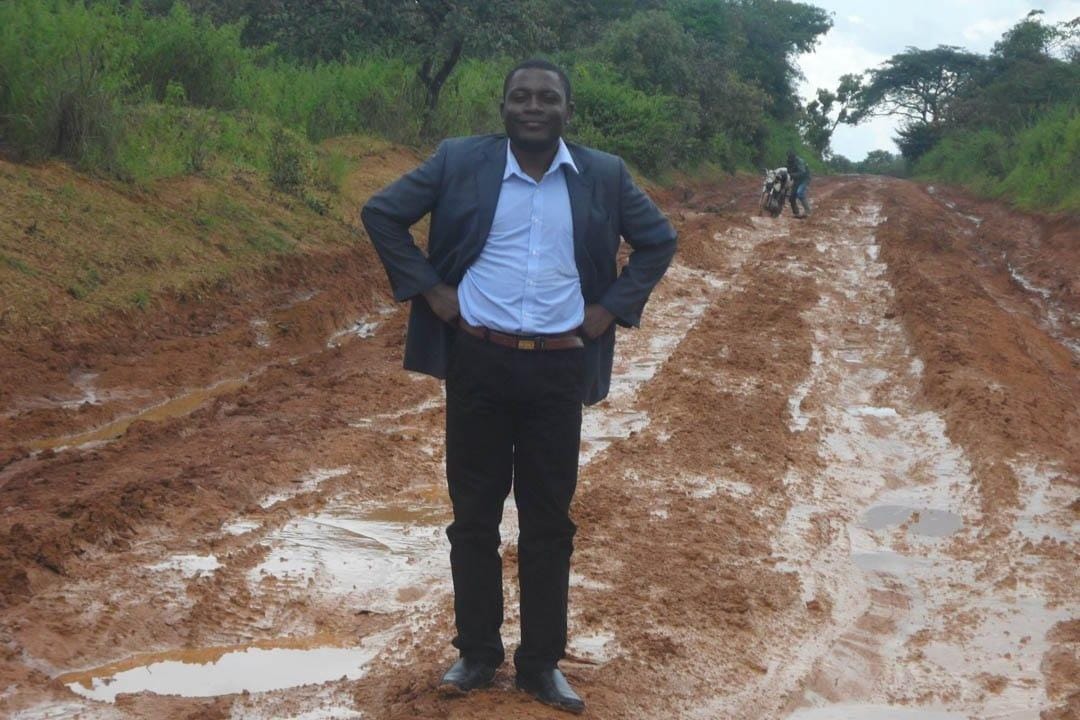 In 2016, a travelogue about a three-week trip to the Far North by Hans de Marie Heungoup, including photos and videos, brought the reality of the Boko Haram conflict to the outside world. After publication, the U.S. State Department asked him for a detailed briefing about his findings.

Our November 2016 report, Cameroon: Confronting Boko Haram, provided a ground-breaking assessment of the emergence of the insurgency in the country’s Far North, the government’s response to it and the political and economic consequences of its counter-insurgency efforts. It provoked extensive debate in Cameroon, where Hengoup and Moncrieff briefed officials from the Ministry of Defence, the Ministry of External Relations and diplomats.

“We were the first NGO to engage on Boko Haram in Cameroon and we are the only NGO that has consistently produced ideas for a comprehensive approach to stemming the violence in the country’s Far North”, notes Moncrieff. “Officials say we help them think through their response. A reliable source told us that the president’s office would usually take an hour to talk through our reports on Boko Haram with senior officials from the defence, foreign affairs and communication ministries”. 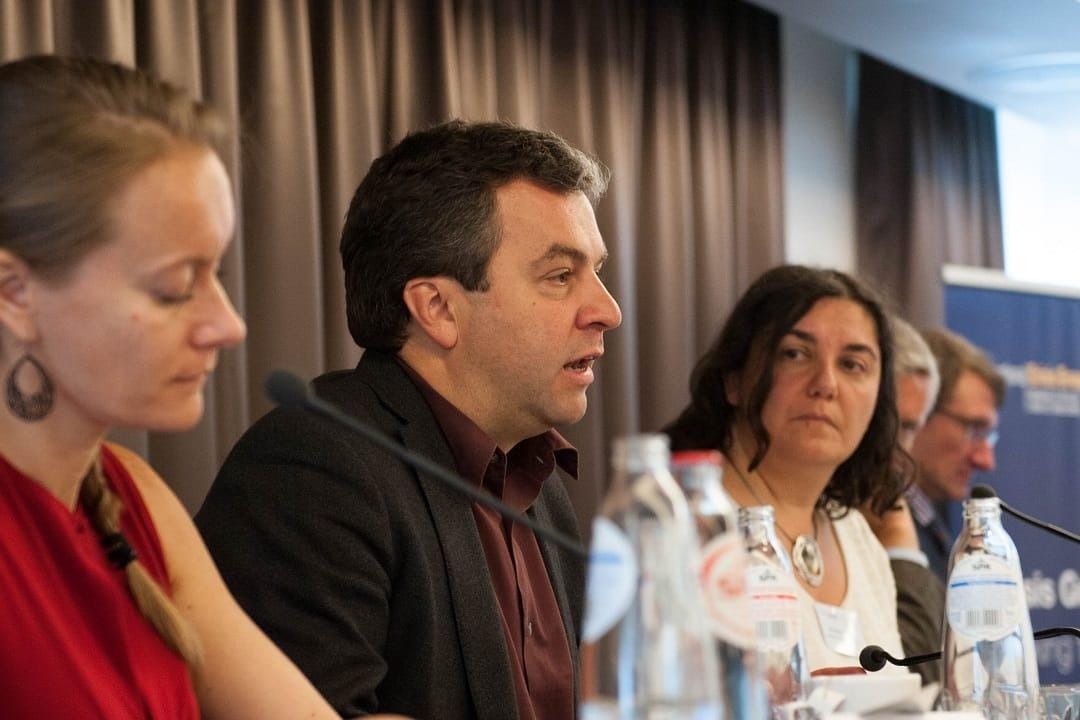 Follow-up reports in 2017 tackled the economic and humanitarian fallout of the conflict, and explored options for rebuilding the troubled region. Cameroon’s international partners have frequently adopted our recommendations, for example on demobilising vigilante groups and dealing with Boko Haram members. The World Bank and several development agencies, including USAID and France’s AFD, told us that our analysis guided their projects in the Far North, while some European and U.S. diplomats have used it to develop their policy engagement in Cameroon.

We have had impact with Cameroonian officials as well. In late 2018, the government took a new approach to the northern insurgency. It created a committee to disarm, demobilise and reintegrate former Boko Haram combatants, as we had advised in our August 2018 report Cameroon’s Far North: A New Chapter in the Fight against Boko Haram. Officials in Yaoundé tell us that the government is now far more aware of the need to tackle socio-economic and humanitarian issues in areas where Boko Haram operates. It has started acting tentatively to promote development there, and is considering the incorporation of some vigilante groups into local municipal police forces, as we have recommended. 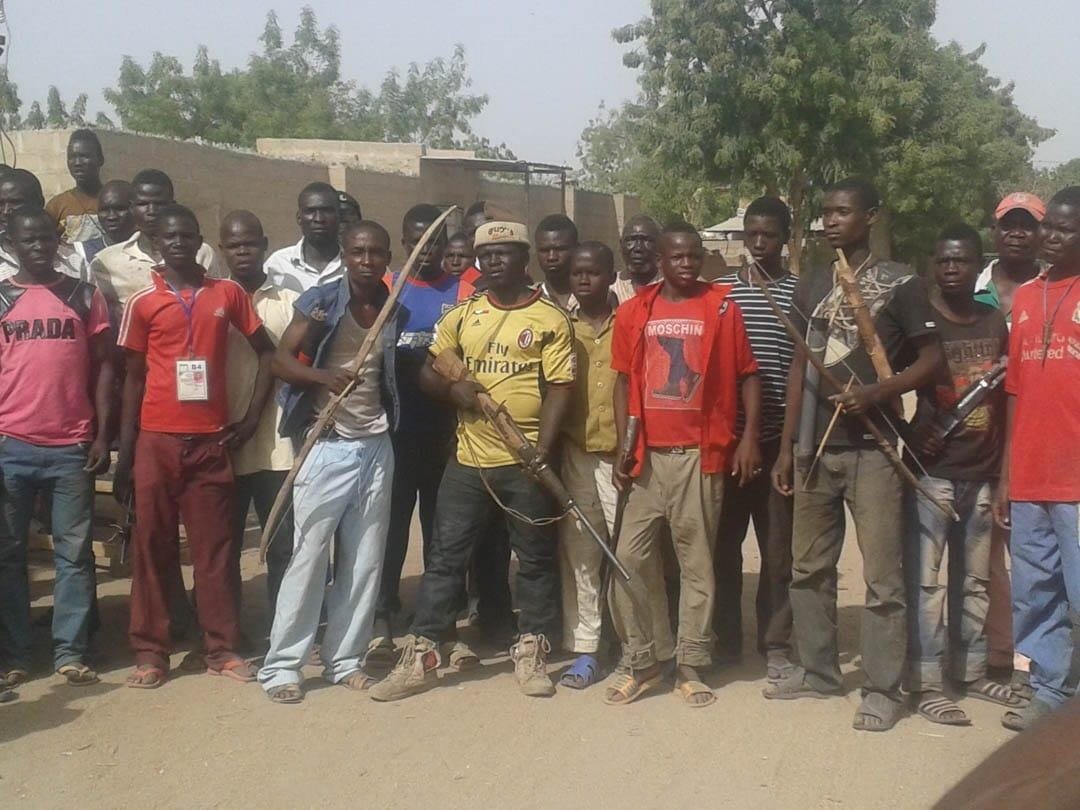 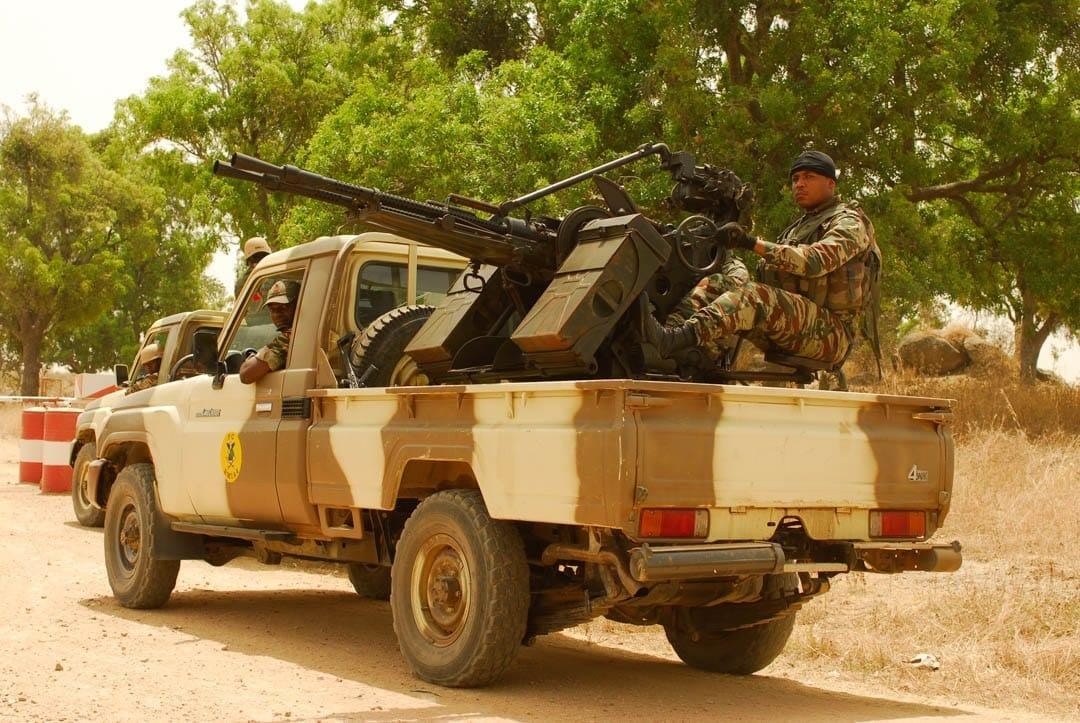 Another central focus for Crisis Group in Cameroon has been the crisis in the country’s Anglophone regions. We sometimes faced strong resistance in doing this work. Cameroonian authorities publicly criticised and even rejected our findings after we reported on how government troops committed widespread abuses against separatists and civilians in the Anglophone Northwest and Southwest regions, warned this could trigger a broader crisis, and made suggestions for preventing it.

'Your organisation has done a crucial work in the Far North. My colleagues and I definitely use your analysis and usually comment it.' - Cameroonian senior official at the Ministry of External Relations, March 2017

But our timely, unique research and our August and October 2017 early warning reports about violence in the Anglophone regions were prescient. Our worst fears came to pass. Tellingly, those two publications are among Crisis Group’s most-read publications since its inception.

Our work on the Anglophone crisis is beginning to have an impact, even if a sustainable peace is still a long way off. Following Crisis Group’s 21 December 2017 statement calling for the government to engage in dialogue with Anglophone leaders to discuss the country’s decentralisation and governance, President Paul Biya changed tack.

In a 31 December speech of the same year, he promised decentralisation. And in 2018, he created a ministry of decentralisation, allocated it $90 million and released 289 Anglophone detainees. 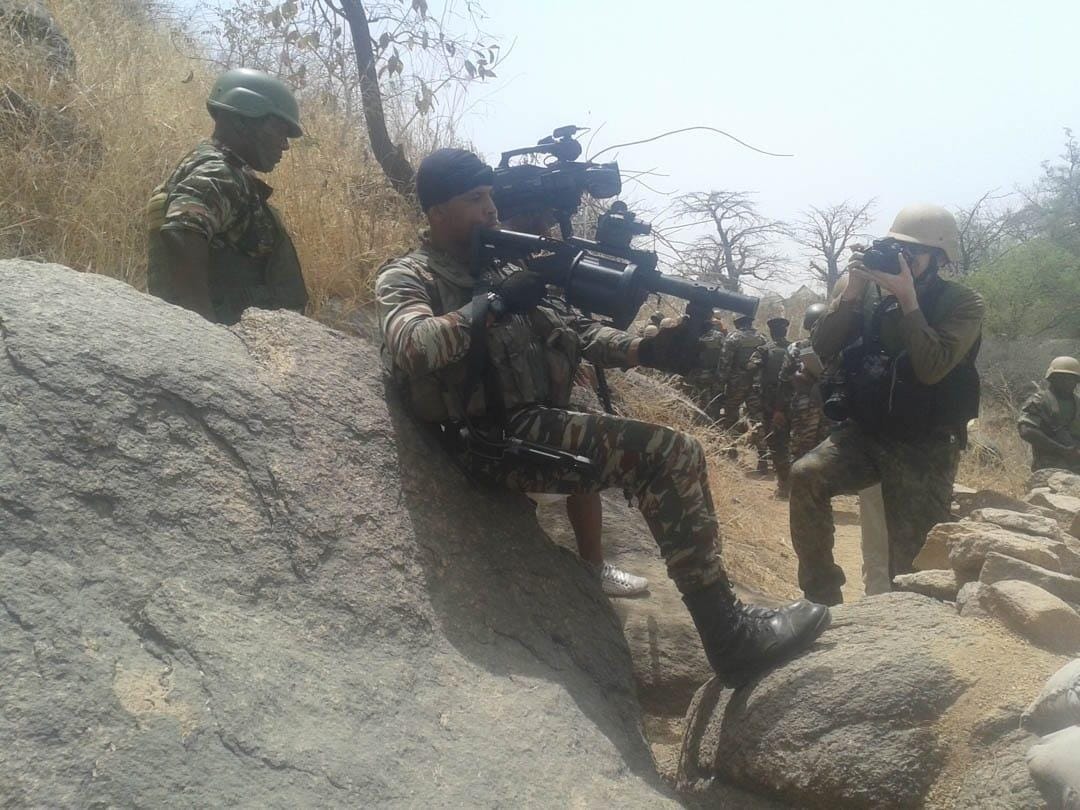 This progress notwithstanding, the insurgency spread and nearly 1,000 Anglophone activists remained behind bars in early 2019. The government was still rejecting dialogue with Anglophone leaders on governance and institutional reforms, and failing to stem abuses committed by security forces. In response, the U.S. announced in January 2019 a reduction of its military assistance to Cameroon. This was a measure we had recommended it take if the government continued its crackdown in Anglophone areas.

Crisis Group played a catalytic role in persuading the Catholic Church to mediate the Anglophone crisis. A group of senior Western diplomats in Yaoundé used our April 2018 briefing, Cameroon’s Anglophone Crisis: How the Catholic Church Can Promote Dialogue, as a starting point in its outreach to Catholic bishops, Anglophone federalist leaders and the government to push for mediation. The Church continues to play this role. 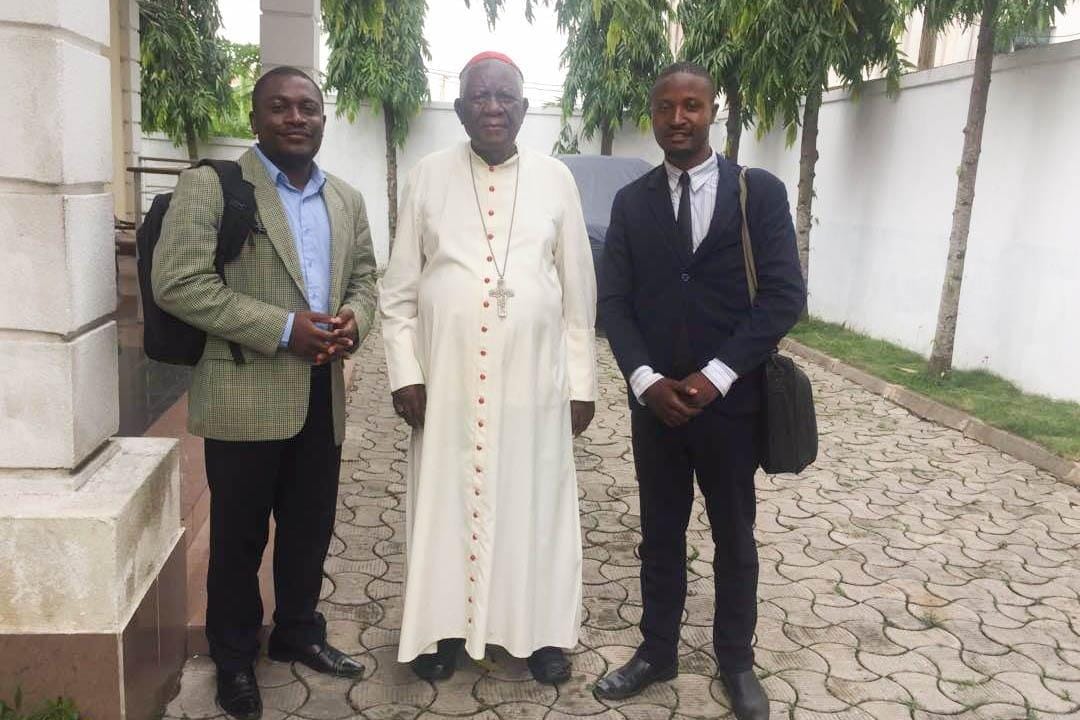 Hans De Marie Heungoup and former Giustra Fellow Tanda Theophilus with Cardinal Christian Tumi, March 2018. Tumi is the only Catholic Cardinal in Cameroon. CRISISGROUP/Tanda Theophilus
'ICG’s reports on Cameroon are the most solid. I recommend them to all new diplomats. Now, why don’t things move? Pushing for recommendations is not an easy job.' - Senior German diplomat in Yaoundé, March 2018

The personal credibility of our analysts and senior staff in diplomatic circles is crucial to Crisis Group’s impact. They have testified on Cameroon in the UK parliament, at EU seminars and twice in the U.S. Congress, and briefed senior officials from the UN, the African Union, the Economic Community of Central African States (ECCAS) and Cameroon. The Ambassador of a European country in Cameroon told us: “Crisis Group reports have had a very great impact and influence [and] are read by Western ambassadors and other policymakers in Yaoundé”. In September 2017, four U.S. congressmen quoted our report as they asked then-U.S. Secretary of State Rex Tillerson to intervene for the release of Anglophone detainees. Then on 7 December of the same year, ten U.S. senators quoted Richard Moncrieff in their letter to Tillerson requesting that the U.S. pressure the Cameroonian government to solve the Anglophone conflict and advocating for individual sanctions against senior Cameroonian officials involved in human rights abuses. 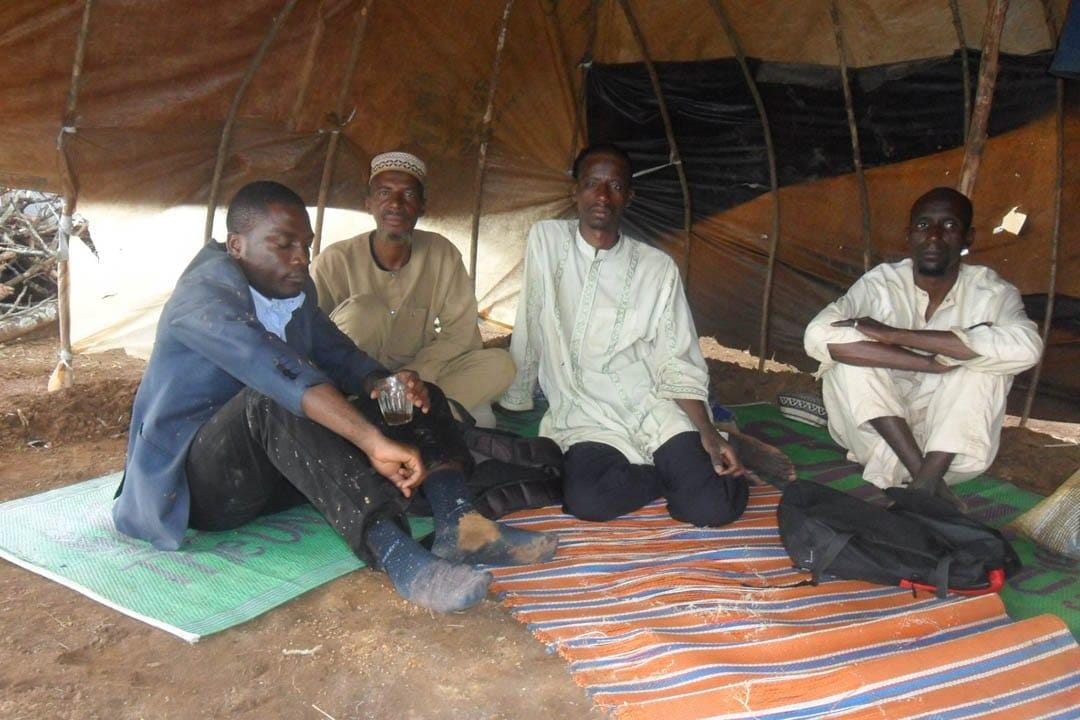 Cameroonians are living through tough times. While war rages in the Anglophone areas and the Far North, the political scene is riven with bad faith and dishonesty and public debate on social media is full of manipulation and propaganda. Many of Cameroon’s citizens are nervous about what will happen when President Biya’s long rule finally comes to an end.

In this tense environment, Crisis Group is a trusted voice in the conversation that Cameroonians are having about their own country and future. Thanks to numerous television appearances and speeches by Hans de Marie Heungoup, and even his week-long detention by security forces, Crisis Group has become a household name in Cameroon. ‘‘It is amazing that you can reflect on our country so clearly’’, a Cameroonian diplomat told us. ‘‘It is like you are holding a mirror for us’’.

'I recently read a diplomatic cable on the work of your analyst in Cameroon. It stresses how much your work there is relevant. I share this opinion and other member states too.' - Political adviser in Operation Barkhane, the French force in the Sahel. 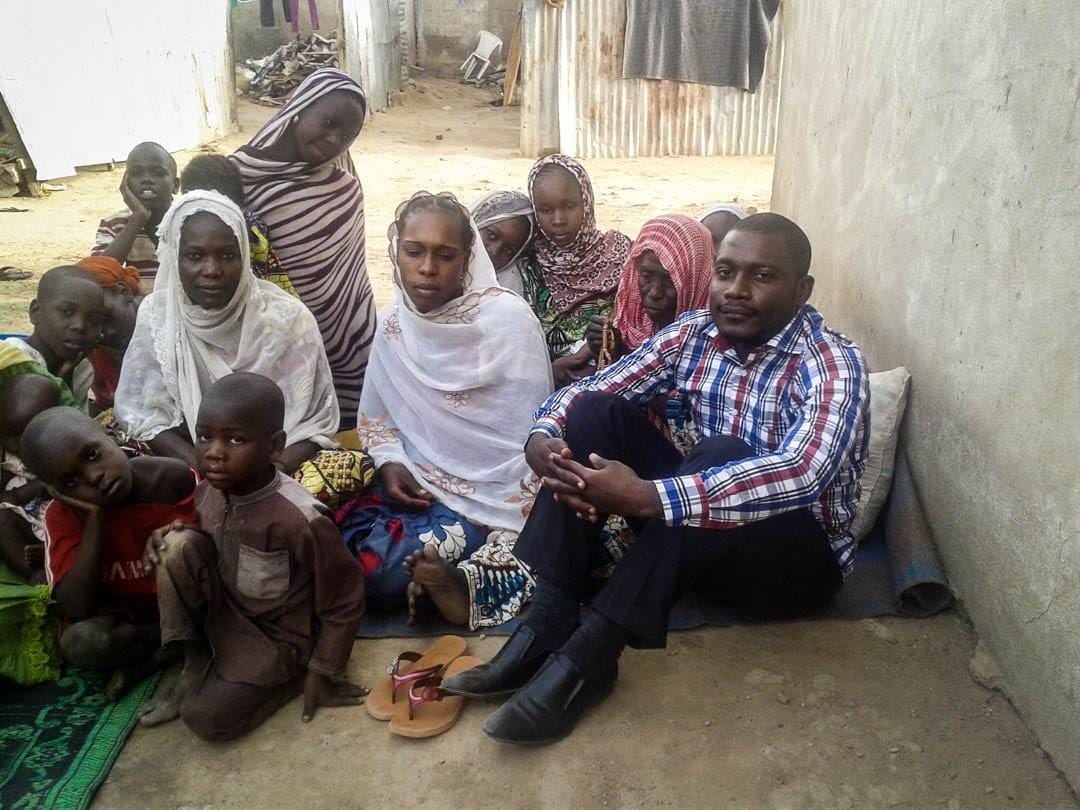 Cameroon’s Far North: A New Chapter in the Fight Against Boko Haram