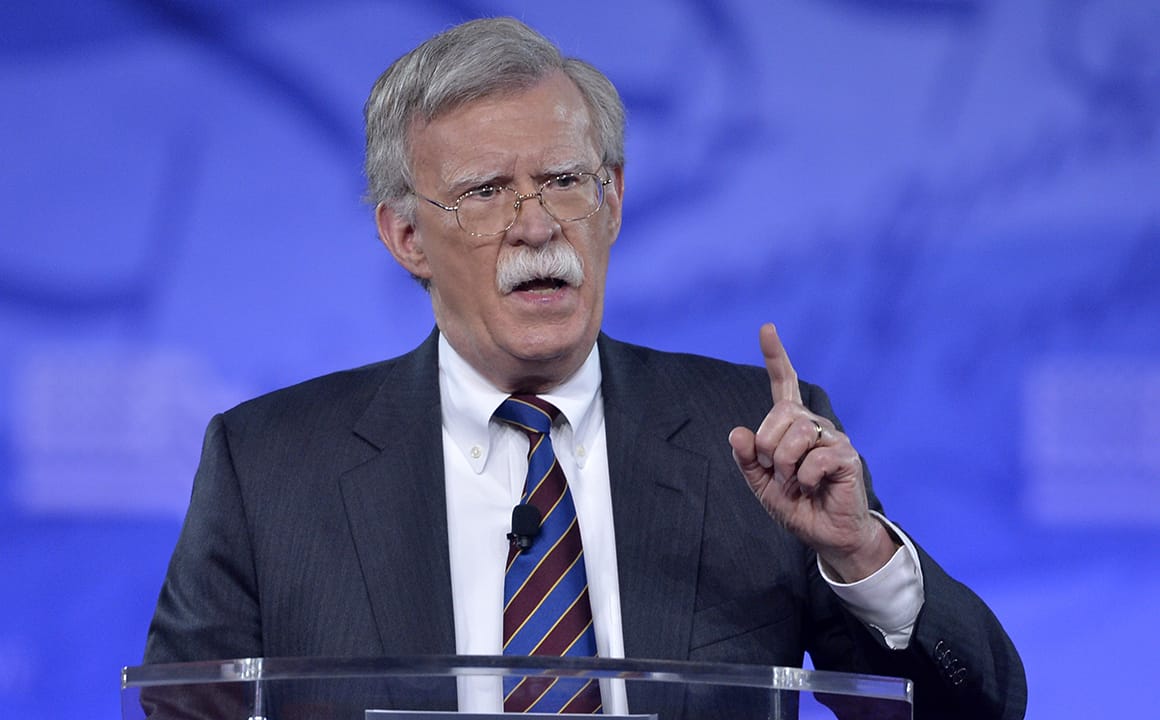 Contrarian arguments about John Bolton – that he is smart and that his hawkishness might browbeat U.S. rivals into peace deals – look past a long record that suggests an appetite for forcible regime change, a capacity for shading the truth, and a failure to learn from past mistakes.

President Trump’s announcement that John Bolton would become his third national security advisor hit foreign policy circles like a minor earthquake last week. Bolton had long been rumoured to be waiting in the wings to take over from H.R. McMaster, who clashed both with the president and with powerful principals like Secretary of Defense James Mattis, but the reality was still bracing for anyone familiar with Bolton’s long and controversial professional history.

Bolton, of course, gained notoriety in the George W. Bush administration where he advocated for the disastrous Iraq war and generated such a toxic reputation for twisting intelligence and abusing subordinates at the State Department that a Republican-controlled Senate declined to confirm him as U.S. permanent representative to the United Nations. He ultimately received a recess appointment, and during his brief tenure representing the United States at the United Nations appeared particularly to relish his run-ins with U.S. allies.

Even fresher, though, is the profile Bolton has gained in recent years as a media commentator. The term “bomb thrower” has rarely seemed more apt. Indeed, Bolton’s 2015 New York Times op-ed on how to arrest Iran’s nuclear program ran under the title “To Stop Iran’s Bomb, Bomb Iran”. And Bolton did not just fix his sights on Iran. He beat the war drums if anything louder when it came to North Korea. In September, he told Fox News that “the only diplomatic option left is to end the North Korean regime by effectively having the South take it over”. And in February, he penned an op-ed for the Wall Street Journal suggesting that North Korea’s possession of nuclear weapons already posed a sufficient threat to the United States to justify the use of military force – a logic that could be used to justify an attack by any country at any time on any nuclear weapons state, including the United States.

It is less than surprising that the Bolton announcement unleashed a wave of mainstream commentary that fell largely on a spectrum from worried to panicked.

Against this backdrop, it is less than surprising that the Bolton announcement unleashed a wave of mainstream commentary that fell largely on a spectrum from worried to panicked, though Bolton got some equally predictable support from pro-Trump editorial pages and broadcast outlets. Still, amid the flurry of handwringing, a number of thoughtful commentators emerged to offer deeper and more textured pictures of Bolton, and share a more sanguine perspective on his appointment. Unfortunately, these contrarian arguments fail to wrestle with what is most alarming about Bolton’s past conduct, and only reinforce the burden that will soon fall on people and institutions outside the executive branch – Congress especially – to help steer the country away from the risk of calamitous war. Consider, for example, the following arguments:

Bolton is smart, deep, and complex. Start with David Bosco’s useful glimpses into Bolton as a highly intelligent individual with sophisticated views about the United Nations, international law, and great power dynamics who had some significant achievements in multilateral diplomacy. These observations are all fair enough, but unfortunately, none of them answers the core concerns that have been raised about Bolton over the years. Those concerns tend to be less about intellectual ability, or even the capacity to play against type, and more about character and temperament. The record from Bolton’s Bush-era tenure at the State Department is especially damning in this respect, suggesting that he bullied subordinates, sought to have analysts reassigned when they disagreed with him, and developed stratagems for sneaking exaggerated claims about threats emanating from places like Syria and Cuba into official statements. Others called him out on at least some of his transgressions, but he was more junior then. Who will perform this role when he is the national security advisor and answers only to the president?

There is a line between deterrence and aggression, and it is not at all clear which side of it Bolton will land on.

Bolton’s hawkishness will help deter North Korea. Writing in the National Review, David French offers an alternate perspective. He seeks to make a virtue of Bolton’s hawkishness toward North Korea, arguing that bellicosity can have a useful deterrent effect. Certainly, there can be no objection to the United States letting its adversaries know that it will return fire with withering fire. That is the essence of deterrence. But Bolton’s threats against North Korea go beyond deterrence. Bolton has threatened “pre-emptive war” (as though a war that would claim, at minimum, tens of thousands of lives, can appropriately be called “pre-emptive”) and he has called for regime change. Not only that, he has a record that suggests he is serious. It is hard to identify another U.S. foreign policy figure of his prominence who has called so consistently and unabashedly for regime change in so many countries (Syria, Libya, North Korea, Iran, and Iraq to name five), while refusing to recognise the Iraq intervention for the disaster it was. Put another way, there is a line between deterrence and aggression, and it is not at all clear which side of it Bolton will land on.

The Trump administration has been sabre-rattling for months already and it has worked. This brings us finally to Stephen Hadley, who served as national security advisor in George W. Bush’s second term, and who over the weekend offered a different take on Bolton’s hawkishness. Hadley sought to calm the waters by noting that Bolton cannot himself start a war – only the president can – and also defended the Trump administration’s overall approach to the peninsula by observing that “rattling of the sword with respect to North Korea” had helped persuade China that the status quo was not sustainable. Perhaps, but the problem with brinksmanship is that over time it grows stale. The longer a country makes threats without taking action, the greater the risk that those threats will appear empty. Bolton will be coming in after a year of sabre-rattling and will almost certainly feel the need to up the ante. Perhaps he will do that by asking the Department of Defense to produce new strike plans. Perhaps he will do it by seeking a State Department legal opinion that backs up the tendentious theory he offered in the Wall Street Journal. Perhaps he will expand on the veiled threat he is already made that if the upcoming summit fails to meet unrealistic expectations for denuclearisation then the parties will be on a fast-track to war. Any one of these steps would inch the parties closer to the brink of actual war by making it that much easier for an undisciplined president to make a decision that could literally plunge the world into conflict.

Taken together, these arguments offer little if any counterweight to the more alarmist literature about Bolton’s appointment and only underscore the conclusion that this was a genuinely dangerous pick. Unfortunately, there are few senior administration officials – perhaps only James Mattis – with the inclination and the gravitas to check him as he steers U.S. policy toward increasingly perilous waters. The answer, then, must lie with Congress. High-profile Senate Republicans who have already expressed concern about the administration’s approach to North Korea – for example, Corker, Sullivan, and Cornyn – are in a particularly strong place to make a difference. A good first step would be to hold public hearings that highlight the unthinkable humanitarian and economic costs of conflict. Another would be to put down the firmest possible legislative marker that military action other than to defend a genuine armed attack or imminent threat is both illegitimate and unlawful. Those who are inclined to wait and see how Bolton performs in the job should think again. His words and his record are more than clear. There are no other reliable guardrails. It is time for Congress to step up.

On the U.N. Human Rights Council, Quitters Are Losers

Up Next
Statement / Asia 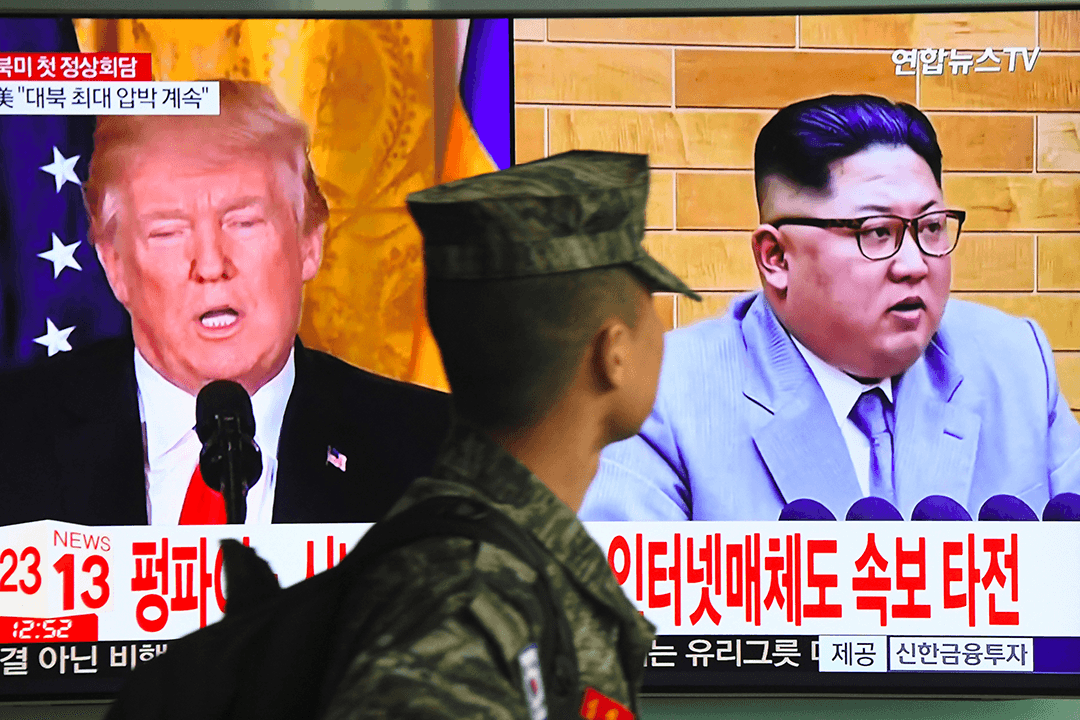 President Trump’s 8 March acceptance of an invitation to meet his counterpart Kim Jong-un marks a first in U.S.-North Korea relations and a rare opening for diplomacy. To maximise the chance of a successful summit, all sides will have to prepare a realistic agenda and align their expectations.