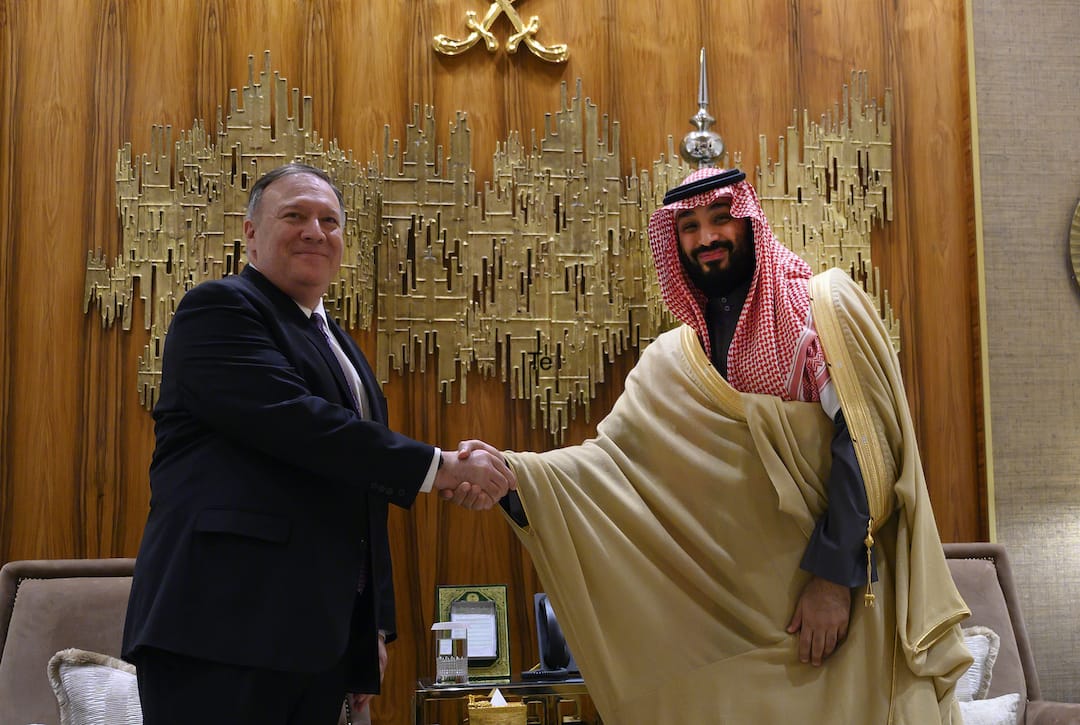 Yemen Should be a Factor in U.S. Yemen Policy

The Trump administration is considering designating Yemen’s Huthi movement as a terrorist organisation, in response to allies’ appeals and as part of the U.S. “maximum pressure” campaign against Iran. The idea seems unlikely to reduce Tehran’s influence and could harm diplomatic prospects for peace.

The Washington Post reported on 25 September that U.S. officials are considering a potentially consequential new step in Washington’s approach to Yemen: either designating the Huthis – the term used by most Yemenis to describe the rebel group that controls the capital Sanaa and much of north-western Yemen and calls itself Ansar Allah – as a foreign terrorist organisation or naming particular Huthi leaders as specially designated global terrorists. When Washington designates a group as a foreign terrorist organisation, it makes material support for that group a crime, freezes its assets and bars its members from entering the U.S. The consequences of an individual designation are similar but slightly less onerous. Although there are technical criteria for designation, which officials say the Huthis largely fulfil, the decision to name a group or individual is ultimately a political one – and extremely hard to reverse. In line with the Post’s reporting, U.S. officials and non-U.S. diplomats tell Crisis Group that the move is being framed in internal deliberations as an expansion of the Trump administration’s “maximum pressure” campaign against Tehran. Others say discussions of a designation were prompted by direct requests from Saudi Arabia and the United Arab Emirates, the two Gulf monarchies leading the coalition that has intervened against the Huthis, who seized control of Sanaa from the internationally recognised government in September 2014, triggering the current civil war.

Support for a designation within the U.S. government is not unanimous. A number of officials across the executive branch are said to oppose the move, arguing that it could impede fragile diplomatic efforts in Yemen, push the Huthis further into Iran’s arms, worsen the humanitarian crisis and cause an escalation in the conflict. While it is hard to imagine that proponents of a designation have not considered the knock-on effects it would have on diplomacy or the course of Yemen’s war, they at least seem not to be bothered by those consequences.

Yemen’s officials see a designation as a way of reiterating their stance that they are the sole legitimate authority.

Yemen’s internationally recognised government has its own reasons to seek a designation, which it made clear in a 6 October op-ed by information minister Moammar al-Iryani. Its officials see a designation as a way of reiterating their stance that they are the sole legitimate authority in Yemen – the Huthis, an official says, are an “illegitimate authority” and a designation would further codify this judgment. These officials also think a designation would hurt the Huthis’ efforts to convert their de facto control of northern Yemen into some sort of internationally recognised status. The Huthis appear to have the military upper hand, having tightened their grip on Yemen’s populous highlands and Sanaa, and, in recent months, begun to seize new territory in the north. The government believes that designating them as a terrorist organisation would create leverage for its side by signalling to the Huthis’ allies that the group has no political viability in the long run, and that it would provide the UN with more leverage, allowing it to offer the Huthis a path to declassification in exchange for political and military concessions.

Saudi Arabia likely sees similar advantages in a designation. Over the past five years, Saudi officials have at different times urged the U.S. to increase its military support for their war effort, arguing that doing so will turn the tide against the rebels. For the most part, however, there has been little appetite within either the Obama or Trump administrations for expanded involvement in another costly and potentially unwinnable regional war, especially in the face of bipartisan Congressional resistance. Over time, the Saudis have concluded that a purely military approach is unlikely to work. But with the Huthis in a dominant military position, they have struggled to find a way to press the rebels to agree to a solution to Riyadh’s liking – namely, one that allows Riyadh a face-saving way out of the war and addresses its concerns over border security, the Huthis’ relationship with Iran and the group’s access to ballistic missiles. Like the Yemeni government, the Saudis appear to believe that a designation might weaken the Huthis’ position and so force them into bigger compromises. Several Gulf officials have made similar points to their Western counterparts, diplomats tell Crisis Group.

The U.S. has a leverage problem of its own in Yemen, with which working-level officials are deeply frustrated.

The U.S. has a leverage problem of its own in Yemen, with which working-level officials are deeply frustrated. As Saudi Arabia’s main security guarantor and arms supplier, the U.S. can pressure officials in Riyadh to make compromises, especially as they can credibly cite Congressional outcry and desire to end the limited U.S. role in the fighting. In contrast, Washington has little to no purchase with the Huthis, who are already politically and economically isolated, and understand that the U.S. has no appetite for deeper involvement in the war.

These considerations may or may not have traction with more senior U.S. policymakers, but it is likely a moot point. The administration’s main motivation seems to have very little to do with Yemen and a great deal to do with Iran. The Trump administration has sought since its early days to roll back Iranian influence in the Middle East through pressure and punitive action. Secretary of State Mike Pompeo, in particular, reportedly sees a designation as another lever to pull as part of the U.S. "maximum pressure" campaign against Iran – a campaign that has seen Washington levy a wide array of unilateral sanctions against Tehran in an attempt to curtail its influence in the Middle East. Designating the Huthis as a terrorist group, or senior Huthis individually, could allow the administration to display yet again its determination to go after Iran and its regional allies.

A designation would likely have negative consequences for Yemen’s peace process.

But a designation would likely have negative consequences for Yemen’s peace process. At a practical level, terrorist designations create legal impediments that can make it difficult for mediators to do the kind of diplomacy that is required to bring about a peace deal. For example, under the material support restrictions that flow from designating a group as a foreign terrorist organisation, it becomes a crime to provide the organisation or its members with any property or service – including transportation, lodging, expert advice or assistance. Although there may be workarounds in some cases, these prohibitions could still have a chilling effect on the efforts of the UN and other external mediators.

A designation of the group would also damage the economic and transport ties that sustain Yemen’s hungry and allow at least limited diplomatic contact with senior Huthi leaders in Sanaa. The Huthis sit in Yemen’s busiest port, Hodeida, and the capital, including the only functioning airport in the country’s north west, and exert considerable control over commercial entities like banks and telecommunications firms. By exposing businesses that deal with the Huthis to U.S. criminal liability or economic sanctions, a designation could severely dampen or even come close to halting international trade with Yemen, where most of the population lives, thereby deepening what is already the world’s biggest humanitarian crisis. It could make it harder, for example, for the UN to charter aid flights in and out of Sanaa.

There could be other unintended consequences. Diplomats working on the Yemen file have pinned their hopes for an end to the war on a Huthi-Saudi rapproachment, something that is hard to imagine if Saudi pressure leads to a Huthi designation. Some Huthi officials already see the UN as an executor of U.S. policy, and might blame the UN for complicity in the move, plunging Yemen into a diplomatic vacuum. Coupled with the recent U.S. decision to freeze funding for aid in northern Yemen, it would also deepen the impression among the Huthis and their supporters that the U.S. is a willing or even enthusiastic participant in the economic war they say the Yemeni government and Saudi-led coalition has been waging against them. The rebels will likely use a designation as another rallying cry against what they term a war of external aggression.

At the same time, designation would not shift the Huthis’ assessment of the balance of power. The group sees the war not as a five-year conflict, but as the latest phase in the sixteen-year battle it has been fighting. It believes it has the stamina to wait out the current U.S. and Saudi postures. In an interview with Crisis Group in late September, a senior Huthi official, Mohammed Ali al-Huthi, argued that a designation would be a purely political move by the U.S. to justify its and Saudi Arabia’s role in the war. He noted that the U.S. was eventually forced to negotiate a settlement with the Taliban almost two decades after designating some of its leaders as terrorists.

When it comes to Iran, Huthi leaders have repeatedly told Crisis Group and others that they see two paths for their side: a deal to end the war, after which they will enjoy “normal” relations with Saudi Arabia and other regional and international powers (including Iran); or more war and a continued shift on their part toward the self-proclaimed “axis of resistance” led by Iran. A designation would confirm Huthi suspicions of the U.S. and its allies’ intentions, and could push them deeper into an Iranian embrace.

The war’s brutality makes ending it and returning to politics a more urgent matter – and a designation seems more likely to prolong than curtail the conflict.

The Huthis are not the innocents they often paint themselves as being. The government is correct to say that the rebels seized control of the territory they hold by force, overturning a UN-led political transition. The Huthis run something akin to a police state in northern Yemen and, like all parties to the conflict, have likely committed a series of violations of international humanitarian law over the course of the conflict. But the war’s brutality makes ending it and returning to politics a more urgent matter – and a designation seems more likely to prolong than curtail the conflict.

Deepening Huthi isolation and economic deprivation has not, to date, eased the rebels’ stranglehold upon the territory they control, forced them into a compromise or changed their attitude to the U.S. and its regional allies. Doubling down is unlikely to produce different results other than degrading what little influence the U.S. has had with the Huthis to start with. And if the U.S. wants to end Iranian influence in Yemen, making the Huthis even more reliant on Tehran for political and economic support does not seem like the most sensible way of going about it. It is a strange thing to have to argue, but Yemen should be a factor in U.S. Yemen policy.

Heading Off a Renewed Struggle for Yemen’s South