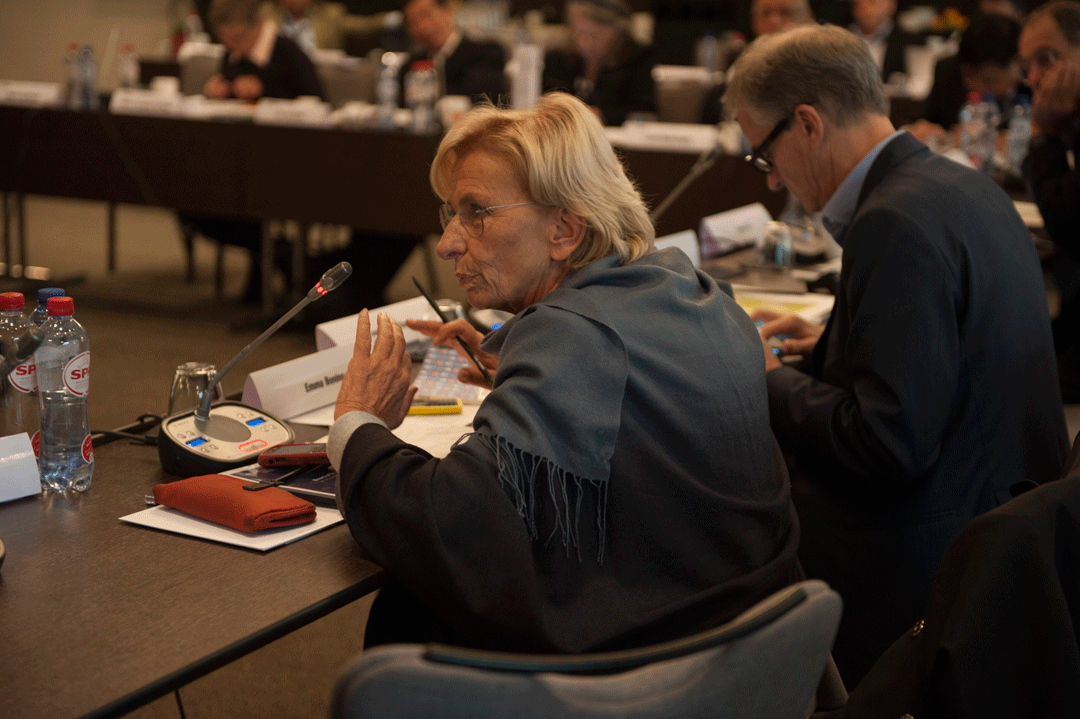 International Crisis Group, the independent conflict-prevention organisation, is pleased to announce that ten new members have joined its Board of Trustees. The newly constituted Board includes 43 members from 33 countries – reflecting Crisis Group’s global reach and influence.

“I am delighted to welcome such an extraordinary group of global leaders to join Crisis Group’s Board during a transformative period for the organisation, and for the world”, said Crisis Group President Jean-Marie Guéhenno. “We look forward to harnessing the Board’s collective wisdom to confront the challenges we face on multiple fronts – including a massive spike in the number of major conflicts and a global refugee crisis of historic proportions.”

“Crisis Group’s ability to ensure that its voice on conflict resolution is heard in the places that matter depends on the diversity of talents and perspectives on our Board”, said Lord Mark Malloch-Brown, Crisis Group Co-Chair. “We are now even more well-positioned to navigate the profound geopolitical shifts underway and propose innovative solutions for conflict management.”

New Members of the Board of Trustees

Kim Beazley
Former Deputy Prime Minister of Australia and Ambassador to the US;
Former Defence Minister

Ivan Krastev
Chairman of the Centre for Liberal Strategies (Sofia);
Founding board member of the European Council on Foreign Relations

Marty Natalegawa
Former Minister of Foreign Affairs of Indonesia, Permanent Representative to the UN, and Ambassador to the UK

Helle Thorning-Schmidt
CEO of Save the Children International; Former Prime Minister of Denmark

See full list of Crisis Group's Board of Trustees.