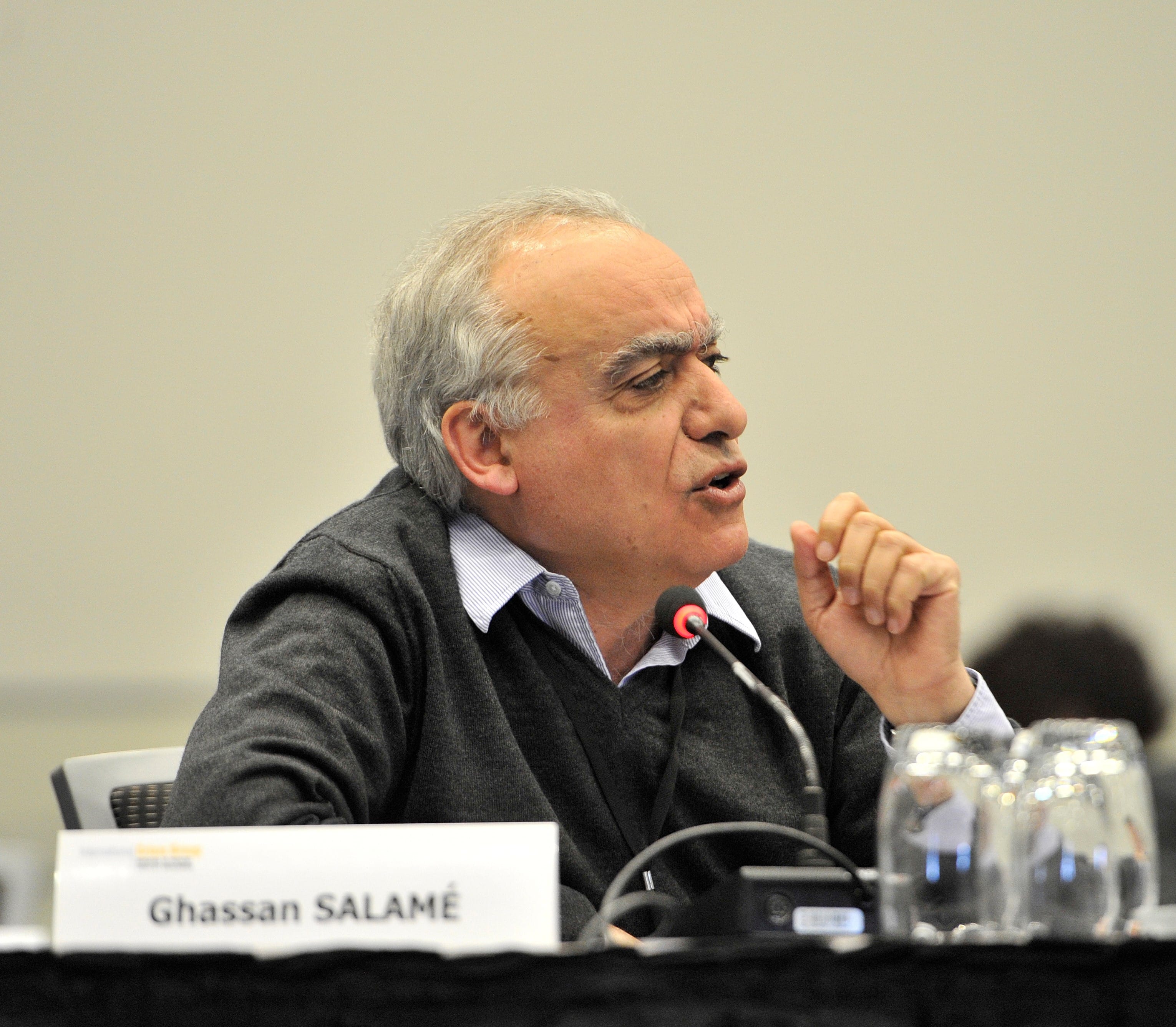 Ghassan Salamé, former Co-Chair of Crisis Group's Board of Trustees, speaks at the organisation's board meeting in Vancouver, Canada, in April 2012. CRISISGROUP
Media Release 23 June 2017

International Crisis Group welcomes the appointment of its former Co-Chair Ghassan Salamé as the UN Secretary-General’s Special Representative (SRSG) and Head of the UN Support Mission in Libya (UNSMIL).

Salamé served on Crisis Group’s Board of Trustees for twelve years until 2016, including four years as Vice-Chair and then Co-Chair of the Board. He was Lebanon’s Minister of Culture from 2000 to 2003, and is the founding Dean of the Paris School of International Affairs, part of the Sciences Po university. He was a Political Advisor to the UN Mission in Iraq in 2003 and a Senior Advisor to the UN Secretary-General in 2003-2005 and again since August 2012.

“Ghassan will face daunting challenges in this task, but his deep experience, impartiality and top-level contacts make him the best possible choice to help pull the fragmenting pieces of Libya back together again”, said Crisis Group President and CEO Jean-Marie Guéhenno.

His predecessor, the veteran German diplomat Martin Kobler, engaged in energetic shuttle diplomacy in the last few years. More recently, Kobler was hampered by infighting among UN Security Council members that forced a delay between the announcement of his departure in early 2017 and the appointment of a new SRSG. This has left the peace process adrift at a time when UNSMIL requires strong leadership, especially as it prepares to redeploy some of its staff inside Libya on a permanent basis after a three-year absence.

Politically, the UN-brokered Libyan Peace Agreement in December 2015 was never fully implemented and is now on life support. The agreement remains crucial as a framework, but a reset of its component parts is more necessary than ever. Libya’s growing political fragmentation will make negotiations more difficult than in the past. Salamé will need to renew the UN’s efforts toward a truly inclusive process to help broker an agreement that has a sufficiently broad base.

Institutionally, while many Libyans want the reunification of their country, the state is in tatters. The UN-backed Presidency Council and Government of National Accord in Tripoli have very limited authority and legitimacy. The Presidency Council has lost key members, and continues to be opposed by the House of Representatives in eastern Tobruk, the parliament that was elected in June 2014 and must approve any deal. Two other rival governments have seized control of parts of state institutions. The strongest remaining institutions are the National Oil Company and the Central Bank of Libya, both key to the country’s economy. The UN Security Council should continue to ensure they are protected from the rival governments’ attempts to control them.

Militarily, hostile engagement among some of the conflict’s major actors has increased in recent months, raising prospects of a larger-scale confrontation. The principle that a military solution to Libya’s divides is not possible should continue to be upheld. At the local level, this entails more attention to potential hotspots where parochial rivalries leverage the national divide and where an outburst of violence could escalate out of control. At the national level, commanders from all sides need to coordinate their efforts to maintain security and counter radical groups while devising a structure for a new, unified national army.

Against this alarming backdrop, Salamé should have four priorities: