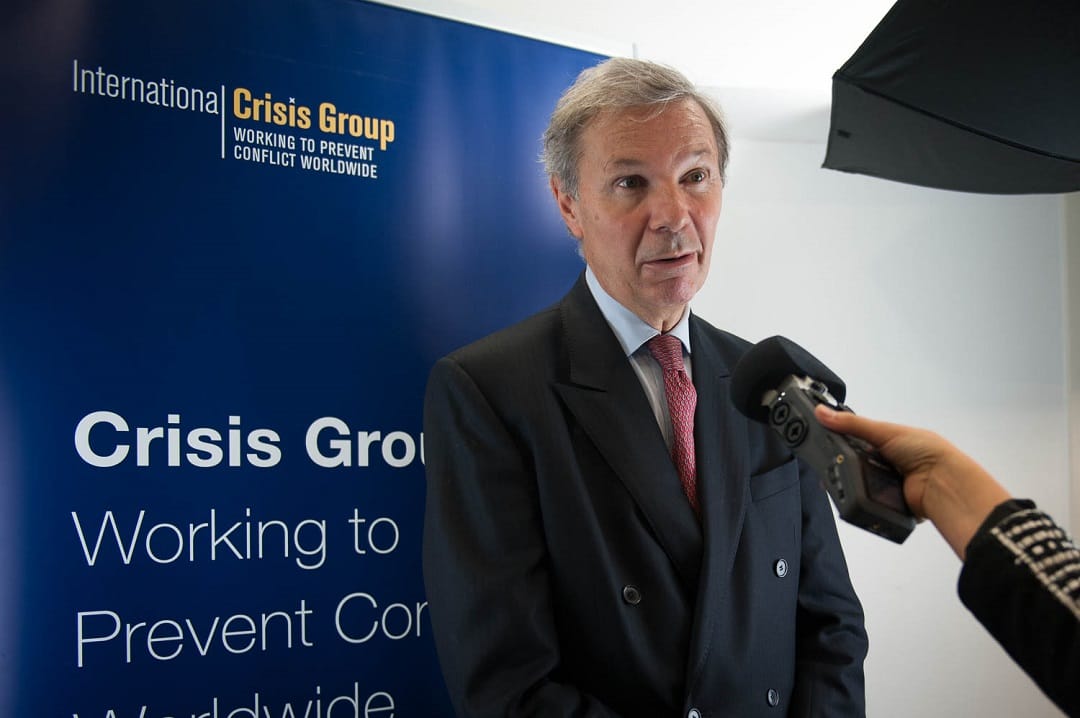 The President & Chief Executive Officer of the International Crisis Group, Jean-Marie Guéhenno, is stepping down at the end of 2017 after three years at the helm of the independent conflict-prevention organisation. A former French diplomat, Guéhenno also previously served as the United Nations Under-Secretary-General for Peacekeeping Operations, and earlier this month was appointed by the United Nations Secretary-General to the new UN High-Level Advisory Board on Mediation.

“Crisis Group has transformed itself as it adapts to a much-changed world”, Guéhenno said. “While Crisis Group’s understanding of local dynamics remains unparalleled, it is now much-better positioned to factor in geopolitics and strategic discord between key powers. I am confident that Crisis Group will continue to go from strength to strength as an agile and entrepreneurial thought leader”.

“Crisis Group owes Jean-Marie a great debt of gratitude for his leadership and commitment, both as President and before that as a Trustee”, said Lord Malloch-Brown, Co-Chair of Crisis Group’s Board of Trustees. “He has set us up for the future, leading the organisation during a period of profound and disruptive change in the international order, with passion and a sure understanding of the forces shaping modern conflict”.

Robert Malley, Vice President for Policy, will serve as Acting President from 1 January 2018. Malley was formerly Crisis Group’s Middle East and North Africa Program Director and most recently was a Special Assistant to former U.S. President Barack Obama as well as Senior Adviser to the President for the Counter-ISIL Campaign, and White House Coordinator for the Middle East, North Africa and the Gulf region.