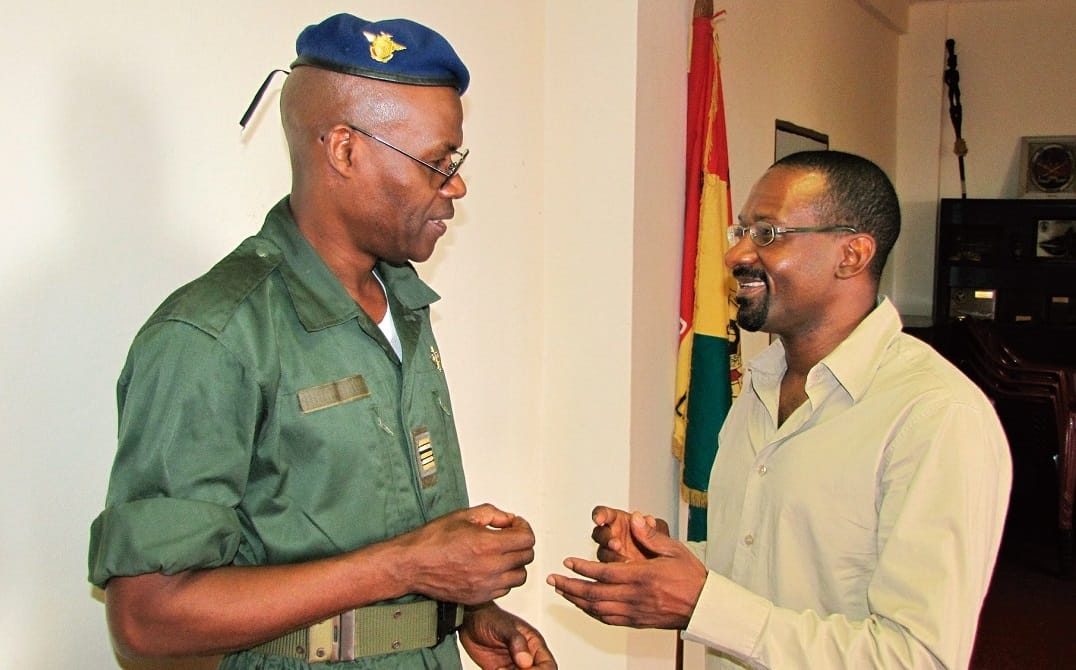 Former Crisis Group Analyst Mohamed Jalloh in discussion with the head of the Guinean Inter-army Committee charged with elaborating a plan for restructuring the army, February 2010. CRISISGROUP
Media Release 06 April 2018

Between 2009 and 2010, Jalloh oversaw Crisis Group’s work on Guinea and Guinea-Bissau for the organisation’s West Africa Project. He played an instrumental role in numerous Crisis Group publications that sought to address a range of issues, including military rule, army reform and aiding Crisis Group’s work to restore civilian government in Guinea.

“We remember him for his incomparable network of contacts in West Africa, his knowledge and understanding of the political dynamics of the region and his charisma”, said Crisis Group’s President & CEO Robert Malley. “Jalloh's new position says a lot about the quality of Crisis Group staff.”

Jalloh brings a wealth of experience to his new role. After leaving Crisis Group in 2010, he served as senior adviser for the United Nations Multidimensional Integrated Stabilization Mission in Mali (MINUSMA) and as Sahel adviser to the special representative of the United Nations secretary-general for West Africa and the Sahel. Jalloh also has been consistently engaged in student politics and a committed activist in bringing a better life to West Africans, as well as supporting civil society groups in strengthening democracy in Sierra Leone.

Crisis Group congratulates Jalloh on his election and looks forward to supporting efforts to usher in a new chapter in Sierra Leone.