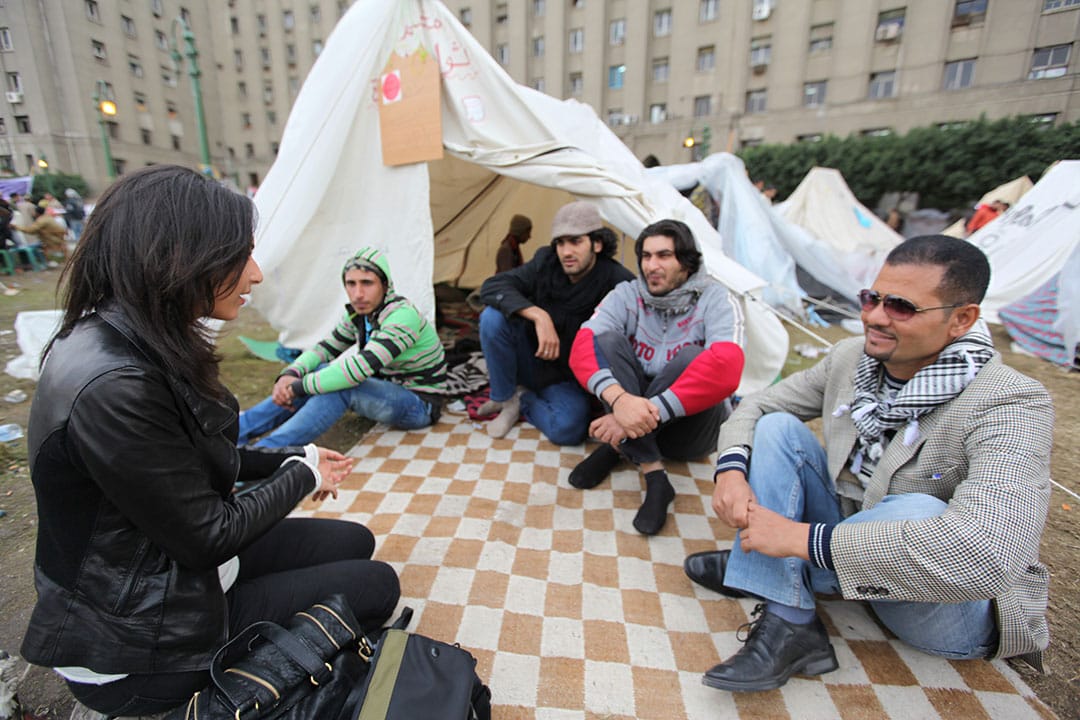 A $1 million gift by Canadian philanthropist and Crisis Group Trustee Frank Giustra has enabled Crisis Group to grant two-year research fellowships to three young regional experts. The new Giustra Fellows will assist in our mission to prevent deadly conflict, with a focus on the plight of refugees and the displaced.

International Crisis Group has chosen three Fellows to launch its Giustra Fellowship Program, established by a $1 million gift from leading Canadian philanthropist and Crisis Group Trustee Frank Giustra. The Giustra Fellows will support all aspects of Crisis Group’s mission to prevent deadly conflict, with a focus on the refugee and migration crises.

“We are excited to be joined by three promising analysts who also grew up in countries in crisis”, said Jean-Marie Guéhenno, President and CEO of International Crisis Group. “The Giustra Fellows will learn first-hand Crisis Group’s method of research and analysis through training and mentorship. Through the Giustra Fellowship program, Crisis Group will contribute to building greater capacity and expertise in the countries where we work.” 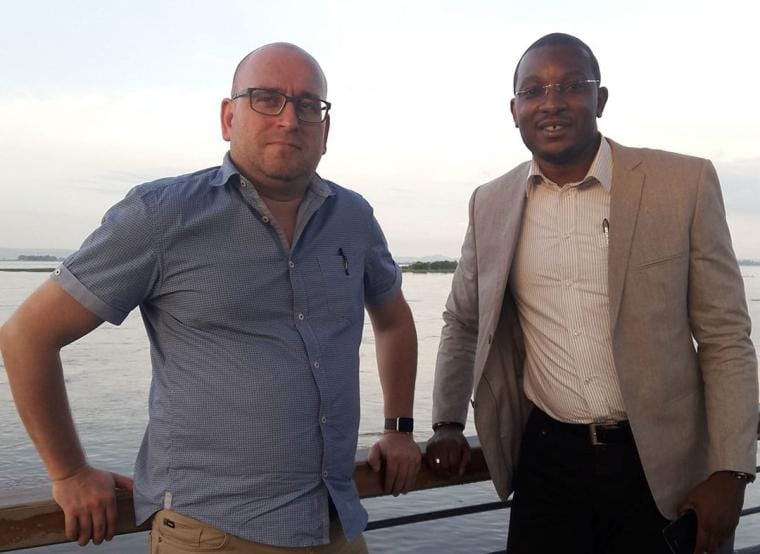 Philippe Kadima Cintu joins our Africa Program. Proficient in French, English, Portuguese, Lingala and Swahili, he will focus on the dangerous situation emerging in the Democratic Republic of the Congo, where elections have been suspended as President Joseph Kabila bids to stay in power after his second and last constitutional term in office. He will also assist in the program’s advocacy to prevent and mitigate conflict in Central Africa and the Great Lakes. Philippe is a Congolese national, and previously worked at the DRC’s Embassy in South Africa and in Burundi as part of the International Conference on the Great Lakes Region (ICGLR). Philippe received his degree in International Relations from the University of Pretoria and his post-graduate diploma in Humanitarian and Development Management from the University of Wits at Johannesburg. 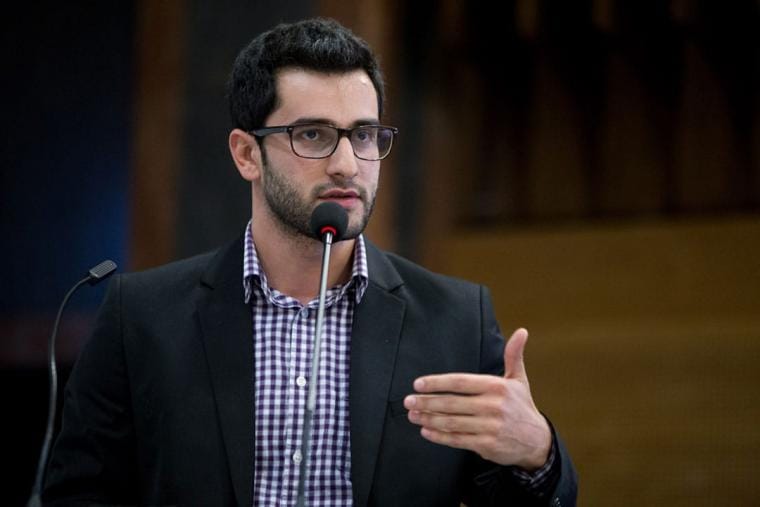 Armenak Tokmajyan joins our Middle East and North Africa Program. Born in the Republic of Armenia, Armenak was raised and educated in Aleppo and Damascus, and speaks Arabic, English and Armenian. His work at Crisis Group will serve to bolster our focus on the several million refugees from Syria now in Lebanon, Jordan and Turkey, as well as the six million internally displaced in Syria itself. He joins us from the Shattuck Center on Conflict, Negotiation and Recovery at the Central European University, where he focused on the conflict in Aleppo as a Holbrooke Fellow. He has a Syrian degree in Fine Arts and received his Master’s Degree in Finland from the University of Tampere’s Program in Peace, Mediation and Conflict Research. 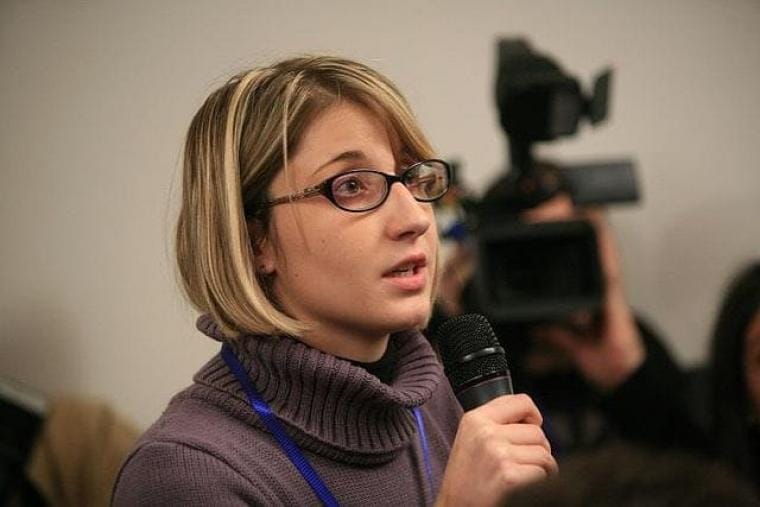 Olesya Vartanyan joins our Europe and Central Asia Program, where she will focus on the unresolved and frozen conflicts of the South Caucasus. She is from the Republic of Georgia, and speaks fluent Russian and English as well as advanced Georgian and intermediate Armenian. An award-winning journalist, her reporting on the 2008 Georgia-Russia war was featured on the front page of The New York Times and in 2013 she received Georgia’s EU Monitoring Mission’s Special Prize for Peace Journalism for a report on the relatives of conflict victims. In 2014 Olesya received the UK’s Chevening Scholarship to do her MA in International Conflict Studies with the War Studies Department of King’s College, London.

The Giustra Fellowship program will be expanded in future years to include Fellows in each of the regions where Crisis Group works. They will join regional Crisis Group offices to carry out field research, interview parties to the conflicts we are working to resolve, lay out our findings in reports, present our analysis to political leaders, and write op-eds and other commentaries that serve to advance our conflict prevention mission.

“I cannot think of three better candidates to become the first Giustra Fellows at International Crisis Group”, said Frank Giustra, founder and president of the Radcliffe Foundation and CEO of the Fiore Group, who has served as a member of Crisis Group’s Board of Trustees for more than a decade. “It is absolutely critical that the international community, including concerned individuals and philanthropists like myself, join together to address the rising scourge of deadly conflict. War is the principal driver behind the global refugee and migration crisis that has forced an unprecedented 65 million people to flee their homes.”