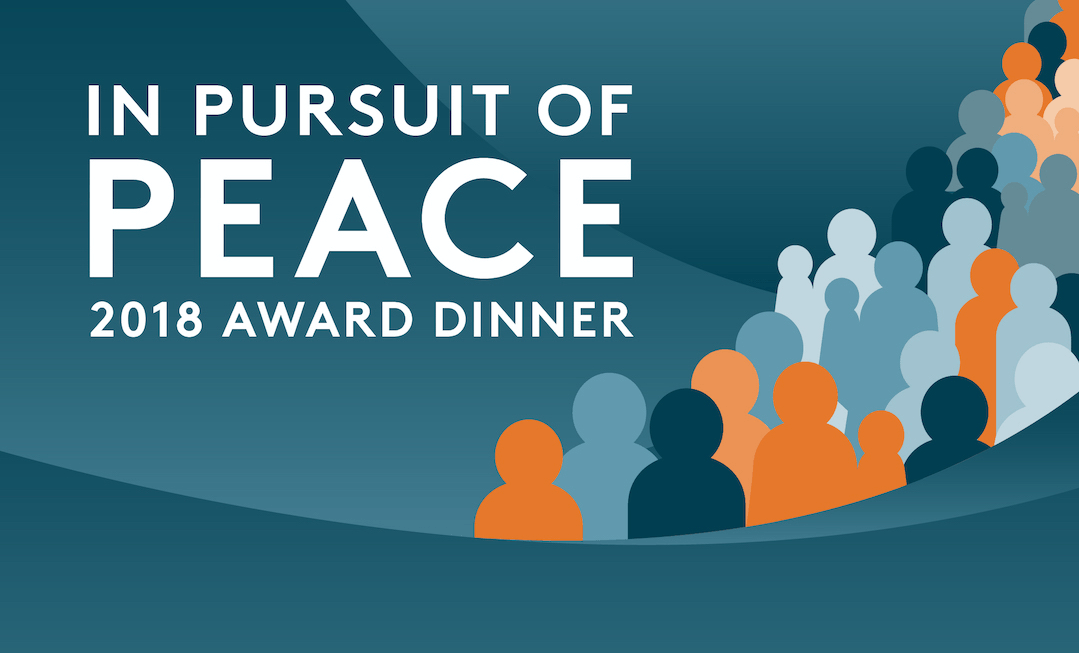 In Pursuit of Peace: 2018 Award Dinner

A record 68.5 million people worldwide have fled their homes due to violent conflict. To meet the biggest humanitarian challenge of our time, we must stop the wars driving the refugee exodus.

Crisis Group’s mission is to prevent, mitigate and end deadly conflict. On Wednesday 3 October we will honour inspiring people who are champions for the victims of war. We cordially invite you to sponsor and join us at our 2018 In Pursuit of Peace Award Dinner at the Mandarin Oriental in New York. Your support for the event will link you to an influential global network that provides essential funding to halt the spread of devastating conflict.

To sponsor a table at this event or to buy a ticket, please click here or contact Emina Ajvazoska, Event Coordinator: eajvazoska@crisisgroup.org / +1 212 813 0820.