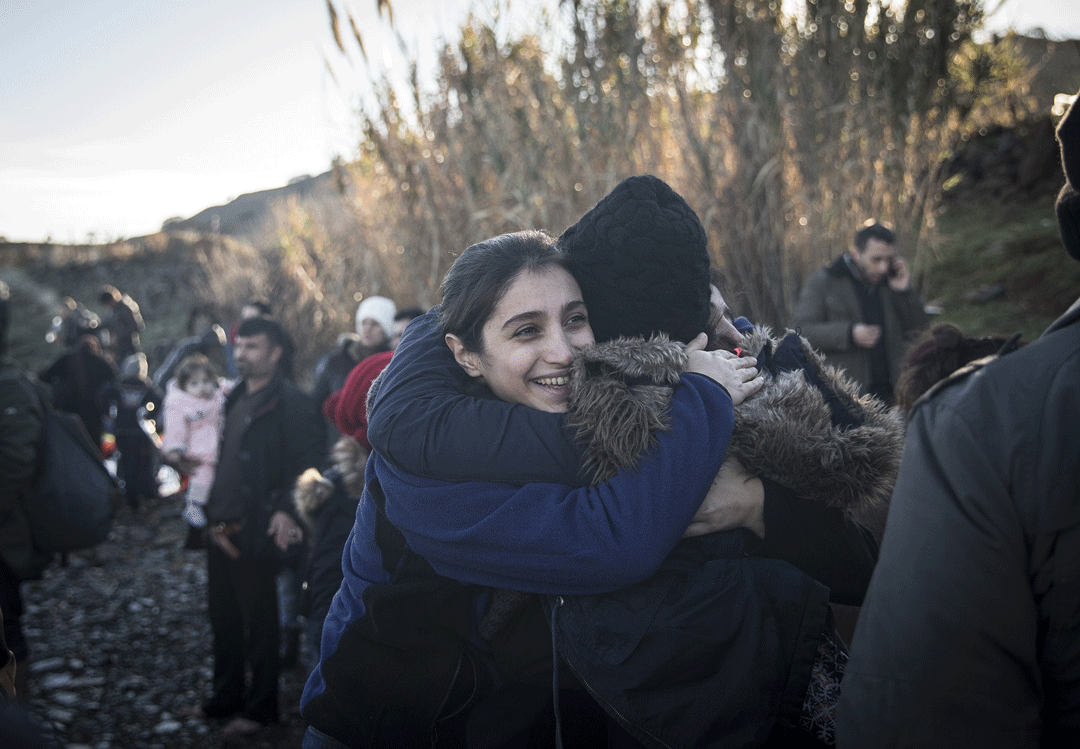 Refugees hoping to cross into Europe hug each other upon their arrival on the shore of Lesbos Island, Greece, after crossing the Aegean sea from Turkey. AFP/Ozge Elif Kizil
Announcement 21 December 2016

Thank You for Supporting Peace

As this tumultuous year comes to a close, I want to thank you for your support of Crisis Group's work to prevent and resolve deadly conflict.

We are now at a crossroads, navigating a way forward at the most dangerous moment for the world since Crisis Group was born in 1995. Policymakers around the globe rely on our reporting to make sense of the chaos, and to avert greater disasters.

The election of Donald Trump as the next president of the United States has profound implications for what remains of a fraying global order. Crisis Group is seeking to constructively engage the new U.S. administration and alert policymakers to the risks and opportunities of a world in flux. As an independent, non-partisan organisation with unmatched credibility in the international arena, Crisis Group is uniquely positioned to contribute to the policy debates under way.

In November, we published a statement warning of the risks associated with a possible U.S. abandonment of the Iran nuclear deal.

Earlier this year, we issued a ground-breaking report on the evolution of global jihadism, “Exploiting Disorder: al-Qaeda and the Islamic State”, which is helping to reframe counter-terrorism policies from Washington to Paris, and Algiers to Abuja.

In Myanmar, we are sounding the alarm over the humanitarian costs and dangerous consequences of the military’s counter-insurgency campaign in Rakhine state. Crisis Group is working to avert wider violence in Congo amid a tense political standoff. We have played an instrumental role throughout the peace process in Colombia, and were thrilled to celebrate the final peace agreement reached last month between the government and FARC guerrillas to end a 52-year-long civil war.

In the year ahead, we will launch a new initiative to address the humanitarian fallout of conflict, with attention to the challenges facing front-line states hosting most of the world's refugees. We have just published a report on Turkey’s struggle to integrate some three million Syrian refugees. Worldwide, more than 65 million people have been uprooted from their homes, largely due to the unchecked spread of war. At Crisis Group, we believe the best way to solve this global emergency is by ending wars and preventing them from breaking out in the first place.

We certainly have our work cut out for us in 2017. With your support, Crisis Group can maintain its extraordinary field reporting from more than 40 countries to provide intelligent analysis and practical advice to decision-makers.

Together we can push the world in a more peaceful direction.

On behalf of the staff and Board of Crisis Group, we wish you all the best for the New Year to come.