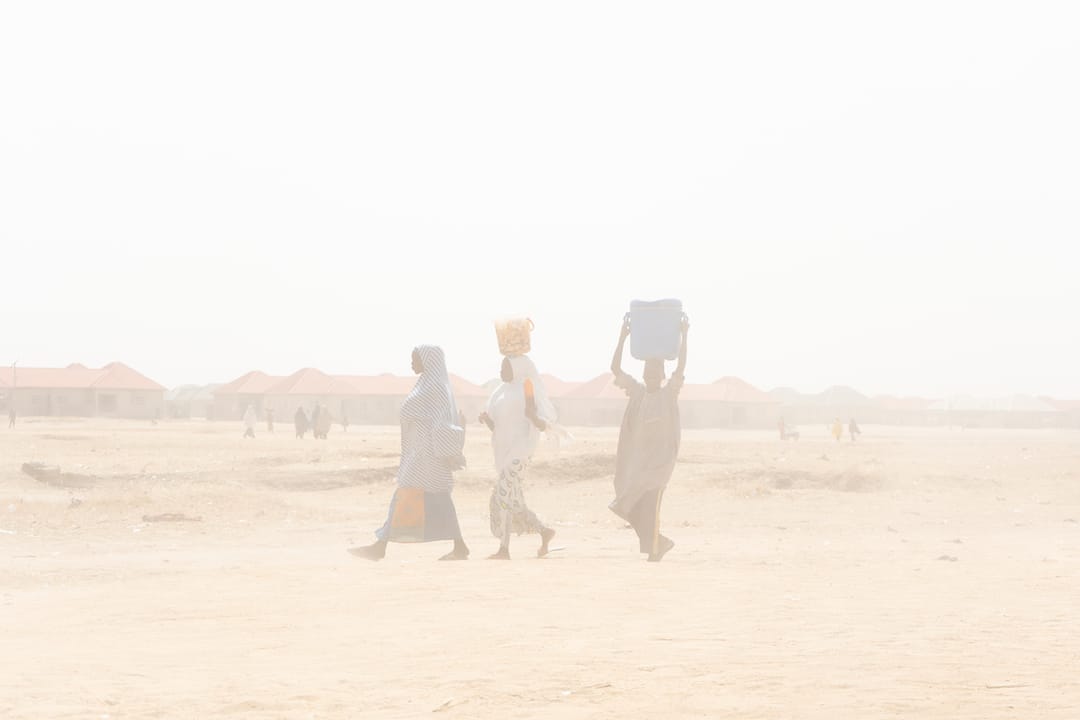 With climate change’s impact on peace and security set to grow in the years to come, Crisis Group has stepped up its analysis of the links between climate and conflict, helping shape climate policy at the highest level through cutting-edge field research and wide-ranging outreach.

Crisis Group has long seen climate change as an integral element of its research and advocacy aimed at stopping or mitigating deadly conflict. Nearly two decades ago, to name one example, we published a path-breaking report on water and conflict in Central Asia. Hundreds of people each month still read the report in English or Russian on our website.

Since 2020, we have made notable progress toward a new goal: to become the go-to source of analysis and pragmatic recommendations for decision-makers on the intersection of climate and conflict. We have published several original reports and briefings on climate-related topics – on resource politics in the Sahel, herder-farmer conflict in Nigeria and the Nile waters dispute, for instance – backed up with increased use of multimedia tools like videos, graphics and podcasts. We have also deliberately ramped up our use of scientific evidence to examine how climate change connects to war and peace in the 21st century. If we have one central finding, it is that while climate change itself does not cause conflict per se, resource governance – how people in power manage access to land, water and other parts of nature’s bounty amid climate change – can increase or reduce the risk of violence. 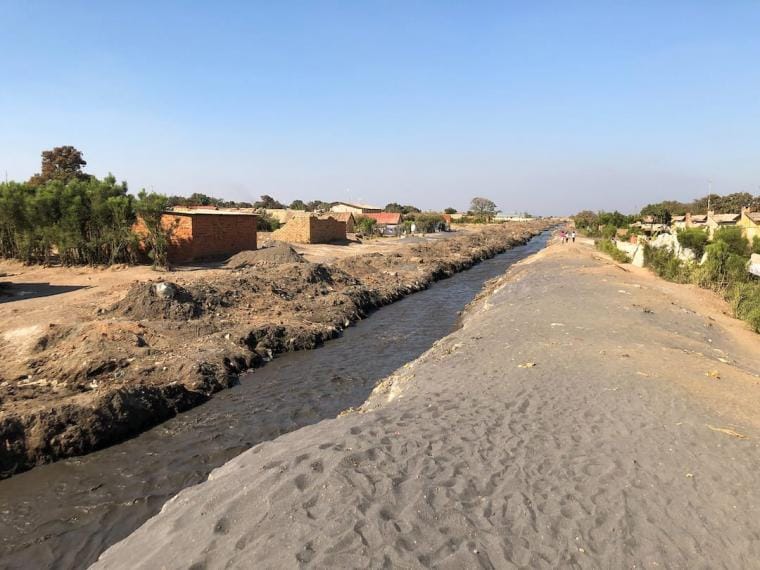 Our first step forward was to make climate one of the three pillars of our new Future of Conflict Program, launched in January 2020. Two months later, supported by the Global Challenges Foundation, we organised a two-day virtual workshop on climate change and conflict. The workshop brought Crisis Group staff from across the organisation together with leading experts from Adelphi, the Center for Climate and Security, the Clingendael Institute, Stockholm International Peace Research Institute and the University of Texas at Austin to discuss the state of research in the field, assess Crisis Group’s added value as a leader on peace and security issues, and help set priorities for our new workstream’s agenda.

While many regard climate change as a long-term threat, millions of people are already exposed to severe climate hazards today.

In November 2020, Ghani briefed the Global Challenge Foundation’s Climate Governance Commission on a peace and security agenda for climate action. He noted that while many regard climate change as a long-term threat, millions of people are already exposed to severe climate hazards today, whether they live in semi-arid locales where desert is encroaching or along low-lying coastlines as sea levels rise. An effective global response requires not only understanding how the latest climate science informs conflict risks but also dedicating funds to help these people adapt their ways of life and help governments manage resources wisely so that intensified resource competition and violent conflict do not emerge.

In line with the vision developed for our new workstream, we have stepped up publication on climate-related subjects.

In April 2020, we published the briefing The Central Sahel: Scene of New Climate Wars?. It argues that climate change has certainly contributed to transforming agro-pastoral systems in the Sahel, as drought and erratic rainfall push herders into farmlands in search of pasture. But the direct relationship sometimes posited between global warming and dwindling resources, on one hand, and growing violence, on the other, does not help policymakers formulate appropriate responses. To ward off conflict, they must instead situate the climate component among the political choices governing access to resources. To help diffuse the briefing’s messages to a wider audience, we accompanied it with an opinion piece in The Africa Report. Our analysis was picked up by The Continent, a pan-African weekly newspaper, which summarised the briefing’s central argument in a dedicated piece. Al Jazeera and The Guardian both referred to the briefing and its main contentions when they published their own analyses of the relationships between climate and conflict in the Sahel.

Our May 2020 report Violence in Nigeria’s North West: Rolling Back the Mayhem again drew attention to the complex links among climate change, resource governance and conflict risks. The report explains that violence in the region is rooted in competition over land and water between predominantly Fulani herders and mostly Hausa farmers, a struggle that has been exacerbated by climate change-related environmental degradation. The violence has escalated amid a boom in organised crime, including cattle rustling, kidnapping for ransom and village raids, with jihadist groups now stepping in to take advantage of the crisis. Ending the conflict requires an integrated approach, including greater humanitarian aid and economic development efforts to mitigate climate change’s effects. The prominent Abuja-based newspaper Daily Trust gave the report front-page coverage and the most influential Nigerian online news platform, Premium Times, republished the executive summary in full. High-profile mentions in international media included AFP, VOA, Deutsche Welle, Le Figaro, RFI and Le Monde.

As countries around the world seek to move to clean energy, international demand is growing for minerals such as cobalt and copper used in batteries for electric vehicles and other products. Our June 2020 report Mineral Concessions: Avoiding Conflict in DR Congo’s Mining Heartland analysed competition between industrial and artisanal miners as a source of tension in the country’s mineral-rich provinces of Haut-Katanga and Lualaba. Crisis Group analysts profiled the report’s findings in a Financial Times op-ed. Mining Weekly also covered the report.

We published all three of these reports in English and French. Each had been viewed online more than 11,000 times by March 2021.

On 22 April 2020, Earth Day’s 50th anniversary, President and CEO Robert Malley briefed the UN Security Council’s virtual Arria session on climate and security risks. Malley drew attention to climate change’s impact in Nigeria and the Sahel as well as the tensions over the Nile waters among Ethiopia, Egypt and Sudan. Without global action, he said, climate change could prove to be a slow-moving version of the COVID-19 pandemic.

In September 2020, Ghani and Malley published an opinion piece in Foreign Affairs titled “Climate Change Doesn’t Have to Stoke Conflict”. In keeping with our research findings, they argued that the ultimate risks to peace and security from climate change depend heavily on how states are governed. In other words, “climate matters when it comes to war and peace, but the politics and policies surrounding climate matter even more”.

Our message reached policymakers at the highest level.

In our December 2020 commentary “Repairing the Damage to U.S. Diplomacy in the UN Security Council”, our UN Director Richard Gowan pointed to the nexus between climate change and security as an area where the incoming Biden administration could focus its energies at the UN Security Council, as part of attempts to improve U.S. relations with fellow Council members.

At the end of 2020, Crisis Group highlighted climate change in its flagship publication “10 Conflicts to Watch in 2021” – the first time a transnational risk made this annual list. We argued that without urgent action, the danger of climate-related conflict will rise in the years ahead. We called on governments in at-risk countries to peacefully regulate access to resources and upon Western governments and companies to provide them with increased support to do so. By March 2021, the list had been viewed over 110,00 times on Crisis Group’s website (in English and Spanish), in addition to the audience that read the original in Foreign Policy. Our message reached policymakers at the highest level: the concept note for a UN Security Council debate on addressing climate-related risks to international peace and security, to be held in February 2021 and chaired by UK Prime Minister Boris Johnson, refers to our piece to explain the need for such a discussion at the Council.

We continued our efforts to keep climate issues high on the international agenda by including them among our annual list of eight priorities for the African Union in February 2021. Within weeks, 7,700 people had read it in English and French.

Throughout the first half of 2020, Crisis Group promoted interim steps to resolve the dispute over the Grand Ethiopian Renaissance Dam (GERD) on the Blue Nile. After U.S.-facilitated negotiations between Ethiopia, Egypt and Sudan broke down in late February, our 16 March statement “Nile Dam Talks: Unlocking a Dangerous Stalemate” recommended that the three parties pursue an interim deal to cover the first two years of reservoir filling in order to ease tensions and buy time for negotiation of a more comprehensive agreement.

As we stepped up our GERD-related advocacy from May onward, we became the leading organisation providing the media with analysis of the complex negotiations. In June, we published another statement “Nile Dam Talks: A Short Window to Embrace Compromise”, which underlined that all three countries urgently need to make concessions for a deal. To extend the reach of our analysis, we made maximum use of multimedia products, including an interactive timeline of events, videos and a podcast episode. Not counting the significant impact of our broad social media outreach on several channels in support of this new priority, more than 85,000 people viewed these materials from our overwhelmingly professional audience made up mainly of policymakers, diplomats, international officials, academics, civil society activists, businesspeople, researchers and reporters.

Climate Change Is Shaping the Future of Conflict