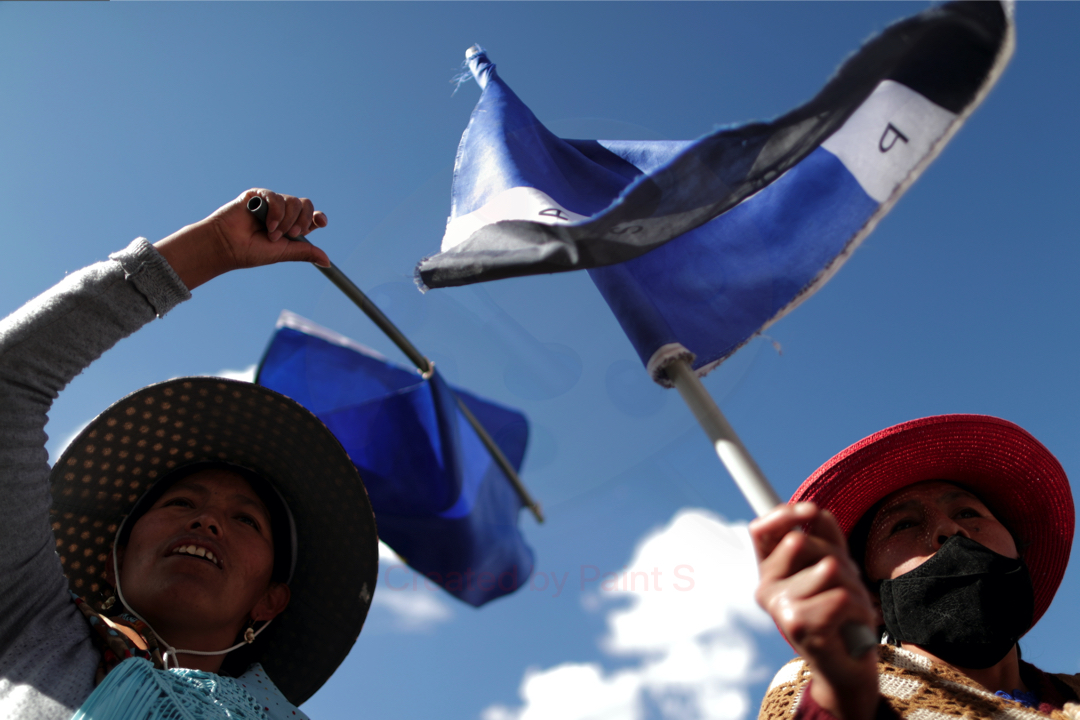 One year after a disputed election plunged Bolivia into political and social tumult, a landslide win for Luis Arce has restored the ousted Movement to Socialism (MAS) to power and ensured the return of a government buoyed by unquestionable majority backing. Determined not to repeat the suspected foul play of the 2019 polls, electoral authorities proceeded at a snail’s pace from 18 October through the official vote count. But the scale of Arce’s victory became clear within hours of the closure of polling stations via exit polls and informal updates from the count. Congratulatory messages from across a profoundly divided political spectrum, including from interim President Jeanine Áñez and Carlos Mesa, the centrist runner-up to Arce, seemingly confirmed that a peaceful transition of power to a new government would end a traumatic period marked by violence, political venom and the onset of COVID-19.

The election’s integrity was a credit to its organisers. But the result was an indictment of the past year of rule by Áñez’s interim government, accused by its opponents of carrying out a vindictive takeover of the state by far-right white-skinned politicians, persecuting its critics and spurning indigenous people’s interests. It was also a sign that MAS has a firm base of support independent of Evo Morales, its leader and Bolivia’s president between 2006 and 2019. Arce’s preliminary thumping 54 per cent of the vote, as well as the extraordinary 87 per cent turnout for the 18 October polls, entitle the new government to claim indisputable democratic legitimacy, even if the country’s fundamental political fault lines and conflict triggers remain in place. The president-elect inherits a country divided by income, region and ethnicity; an economy teetering toward an expected contraction of 6.2 per cent in 2020; and a mass political movement that, after running Bolivia for fourteen years before the Áñez interlude, faces internal strains and factional rivalries.

Against All Odds, A Peaceful Election

The election of 20 October 2019 was declared null after the UN, European Union and Catholic Church intervened to mediate an end to post-electoral violence that left over 30 dead. The repercussions of that debacle, and the relentless political tensions since, weighed heavily upon the electoral rerun. Bolivians are deeply divided, and defend radically different interpretations of what happened in 2019: either there was a coup against Morales concocted by opposition forces that magnified simple electoral anomalies with the support of an interventionist Organization of American States; or there was an attempt by MAS to perpetrate massive fraud so as to secure Morales’ permanent hold on power. That polarisation only grew as the Áñez interim government led what has been described as a “wave of political persecution” of MAS members and leaders of popular movements long affiliated with the leftist party. Meanwhile, the interim government stood by as thinly veiled racist attacks by its allies became common.

Arce’s campaign was able to capture a large part of the undecided vote, making up around 20 per cent of the electorate.

In the weeks before the 2020 election, politicians from across the spectrum – including the interim government’s interior minister – raised the spectre of fraud and threatened to mobilise supporters if they scented a whiff of foul play. Salvador Romero, head of the electoral tribunal appointed by Áñez in November 2019, sought to reassure all sides that, with the support of international partners including an EU election mission, many of the troubles afflicting the previous polls had been resolved. Romero was so worried about the perception of lack of transparency that on the evening of 17 October, a few hours before voting began, he announced the last-minute decision to eliminate the quick count system and rely exclusively on the plodding official count. It nevertheless proved unrealistic to expect that Bolivians would patiently wait for days until the final tally was in. As the tone of outrage rose late on 18 October on social media, suggesting fraud was imminent, exit polls were released and the MAS candidate was declared the victor.

Bolivians will never know with certainty how many people truly voted for Evo Morales in 2019 as there are lingering disputes over the tally, while voting boxes and electoral offices were burned in the post-electoral mayhem. But it seems certain that far more turned out to support Arce. Many long-time MAS supporters decided to withdraw their support from the party in 2019 after Morales, having lost a 2016 referendum to abolish limits on re-election, stacked the electoral tribunal with supporters who allowed him to run for a fourth term. Many of these disaffected voters, however, were taken aback by what they saw as a minority elite of European descent attempting to undo strides toward political and economic equality for indigenous and poor people during Morales’ tenure in what is still one of Latin America’s more impoverished countries. On 18 October, these voters seemingly returned to the left-leaning movement: initial results show that Arce’s support was between six and ten points higher than Morales’ in 2019.

This victory is the result of an effective campaign able to mobilise Bolivia’s “hidden vote”, a weak and fragmented opposition, and the strength and organisational power of the social movements that have historically been the engine of MAS. While the opposition focused on mobilising anti-MAS sentiment, Arce placed the economy at the centre of his campaign, an issue that resonated as Bolivia tipped into a deep downturn, in part due to restrictions aiming to limit the spread of COVID-19. Arce, who oversaw a prolonged expansion as Morales’ economy minister, promised a return to better times.

Arce’s campaign was also able to capture a large part of the undecided vote, making up around 20 per cent of the electorate according to polls, while the persecution and harassment of MAS supporters might have led thousands of Bolivians to “hide” their voting intentions. These factors help explain why no pre-election opinion poll reflected the eventual twenty-point margin of victory. Mesa, a former journalist, a moderate and an ex-president, was unable to sway sufficient voters, while enduring support for the right-wing radical Luis Fernando Camacho – who refused to step down to unify the anti-MAS vote – divided the forces seeking to keep Arce from power. Meanwhile, indigenous, peasant and labour organisations quickly reorganised after the 2019 electoral fiasco, and flexed their muscle on the streets on several occasions.

While MAS will take power early in November with a clear popular mandate, it will do so at a time of national hardship. The health and economic crisis triggered by the pandemic has already undone some of the gains against poverty achieved under Morales. The country remains polarised over issues such as the role of the state and religion in public life, economic policies and the autonomy of regions with non-indigenous majorities – the latter having brought the country to the brink of conflict in 2008. Judicial investigations into the crackdowns led by the interim government in the wake of the 2019 elections, including two massacres of protesters, could further antagonise opposition leaders.

Mesa has announced that he will lead the opposition, and Arce can expect his rivals to be better prepared and more effective than the minorities that Morales faced in parliament. Electoral results for seats in the House and the Senate, also decided on 18 October, are not yet final, but exit polls suggest that while the MAS will maintain a majority, it will not keep the two thirds of seats enabling it to bypass parliamentary filters or appoint judges to its liking. It will have to negotiate with the opposition instead. Mesa showed willingness to work with the MAS “if the government recognises the voice of the opposition”; Camacho, however, has not yet conceded and has criticised the electoral authorities. An enhanced role for opposition forces will be essential for preventing the sort of public anger that engulfed the country after the 2019 poll.

Arce appears to appreciate the need for a more conciliatory approach, and used appeasing rhetoric in his first post-electoral press conference, saying that the MAS had learnt from its mistakes. Born to a middle-class family in La Paz, Arce is a career economist with a master’s degree from Warwick University. As economy minister, he implemented the nationalisation of the hydrocarbon, telecommunications and mining industries in Bolivia, but he also observed fairly strict macro-economic orthodoxy, to the private sector’s satisfaction.

It remains to be seen what role Morales will serve in the Arce administration.

His party, meanwhile, continues to seek new life and purpose without Morales, who is in exile in Argentina. Internal differences became clear in the choice of the MAS ticket: Morales personally selected Arce as candidate over David Choquehuanca, who was the rank and file’s first choice and ended up as Arce’s running mate. But if Morales was powerful enough to impose his candidate early in 2020, it remains to be seen what role he will serve in the Arce administration. Questions linger as well about his return to Bolivia, given that he has several cases pending against him in the courts. Some MAS leaders suggested in the hours after Arce’s victory that the ex-president need not come back to the country for now. During Morales’ absence, young grassroots activists, such as Andrónico Rodríguez, have emerged as potential new leaders.

Bolivia’s newly elected government confirms the magnetic pull of a mass progressive movement in a country that has suffered some of Latin America’s most extreme social stratification. The result also underlines the ideological and political diversity of a region that now sports governments of every shade, from far left to hard right. Arce’s win confirms this political heterogeneity and should oblige struggling regional organisations to strive to build coalitions that span the political spectrum. Alongside the prospective healing of wounds at home, the new Bolivian government might even contribute to a group of democratically elected left-leaning governments – alongside Mexico and Argentina – that are able and willing to negotiate with all sides to defuse the region’s most alarming political and humanitarian crisis in Venezuela.