Africa’s second most populous country is in the midst of an increasingly rocky political transition that began in 2018, with the ascent of Prime Minister Abiy Ahmed. At first, the change seemed to hold great promise, but fissures have grown, partly between and among the country’s numerous ethnic groups. At stake is the state’s stability and the post-1991 ethno-federalist system, which many Ethiopians support as guaranteeing local autonomy, and many others oppose as sowing division and undermining effective central government. War between the federal and Tigray governments broke out in the northern region in late 2020 as these tensions came to the fore. Through its research and advocacy, Crisis Group works to end the fighting and ward off similar conflict elsewhere, with the long-term goal of encouraging comprehensive and inclusive national dialogue about the country’s political future.

In this video series, Crisis Group's Senior Analyst for Ethiopia William Davison explains the context surrounding the recent truce that put a stop to the fighting in Ethiopia's Tigray region. He discusses the situation preceding the ceasefire, what it looks like, and the challenges it faces in its implementation.

A Call to Action: Averting Atrocities in Ethiopia’s Tigray War

Back to War in Ethiopia

2 Dec 2022
Any serious failure in implementing the agreements [between Ethiopia's federal government and Tigrayan leaders] raises the risks of a disastrous return to large-scale war... Reuters

Senior Analyst, Ethiopia
10 Nov 2022
The deal [with Tigrayan leaders] was a huge diplomatic and political victory for the [Ethiopian] federal government. GZERO

Senior Analyst, Ethiopia
1 Sep 2022
Now Tigrayan reports ... of a large-scale incursion into Tigray from the north by Eritrean and federal forces. So, it is evident that the conflict is now seriously escala... VOA

Senior Analyst, Ethiopia
12 Jan 2022
The fact that the Tigrayans [in Ethiopia] are making suggestions for a negotiated settlement involving forceful international action is ... positive, but these are ultima... Financial Times

Senior Analyst, Ethiopia
19 Dec 2021
If [Ethiopian President] Abiy survives the conflict in power, he will likely be thankful to Beijing and Moscow for protecting him at the UN during the war. South China Morning Post

UN Director
5 Nov 2021
After a year of war, the Ethiopian conflict is at an incredibly dangerous point, with no side showing signs of backing down. TRT World 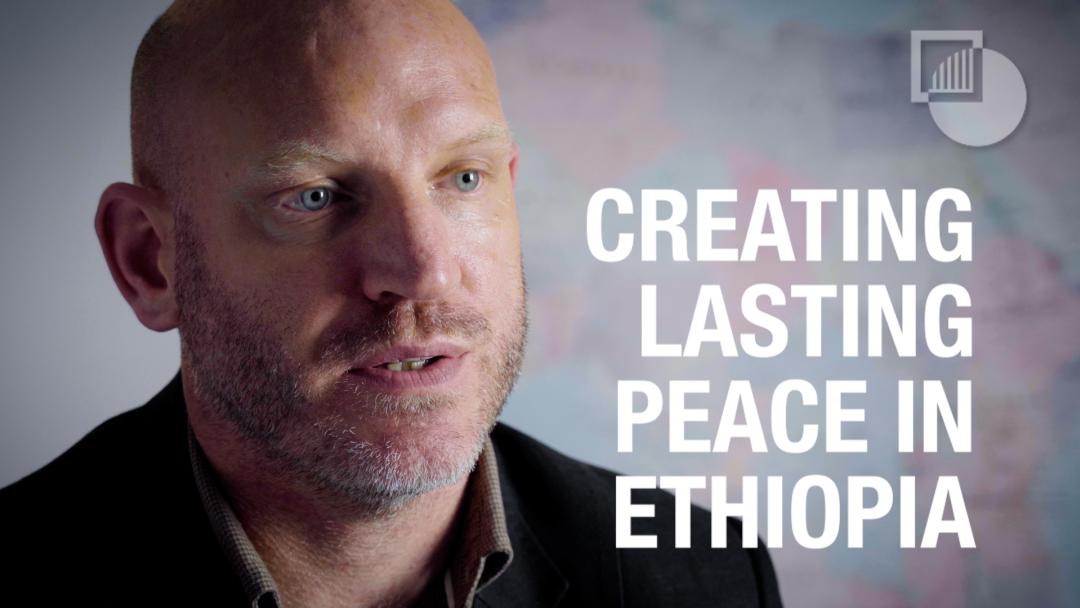 In this video series, Crisis Group's Senior Analyst for Ethiopia William Davison explains the context surrounding the recent truce that put a stop to the fighting in Ethiopia's Tigray region. He discusses the situation preceding the ceasefire, what it looks like, and the challenges it faces in its implementation. 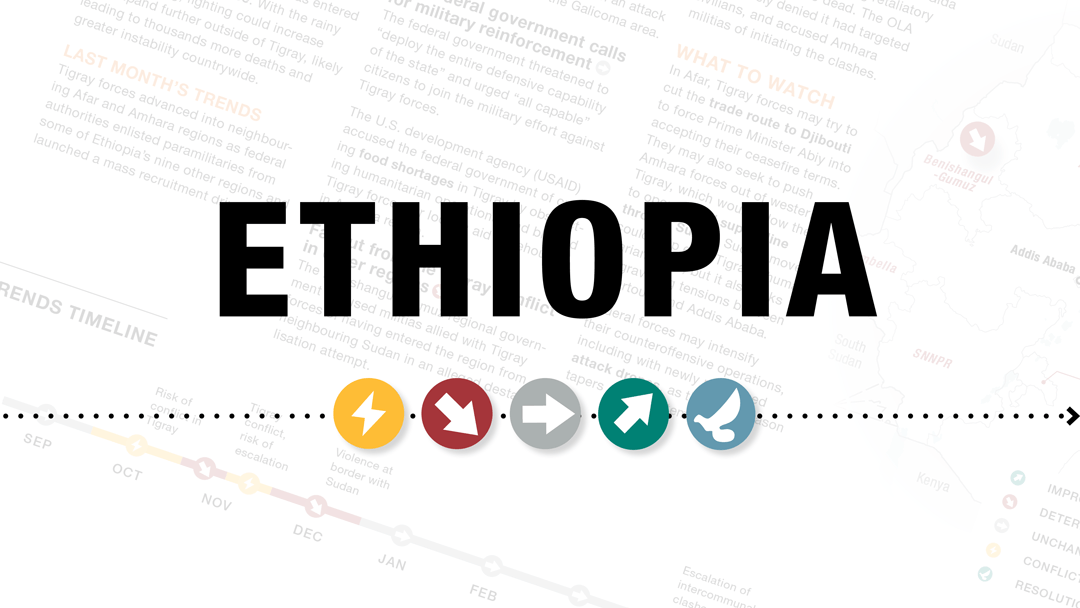 The CrisisWatch Digest Ethiopia offers a monthly one-page snapshot of conflict-related country trends in a clear, accessible format, using a map of the region to pinpoint developments. 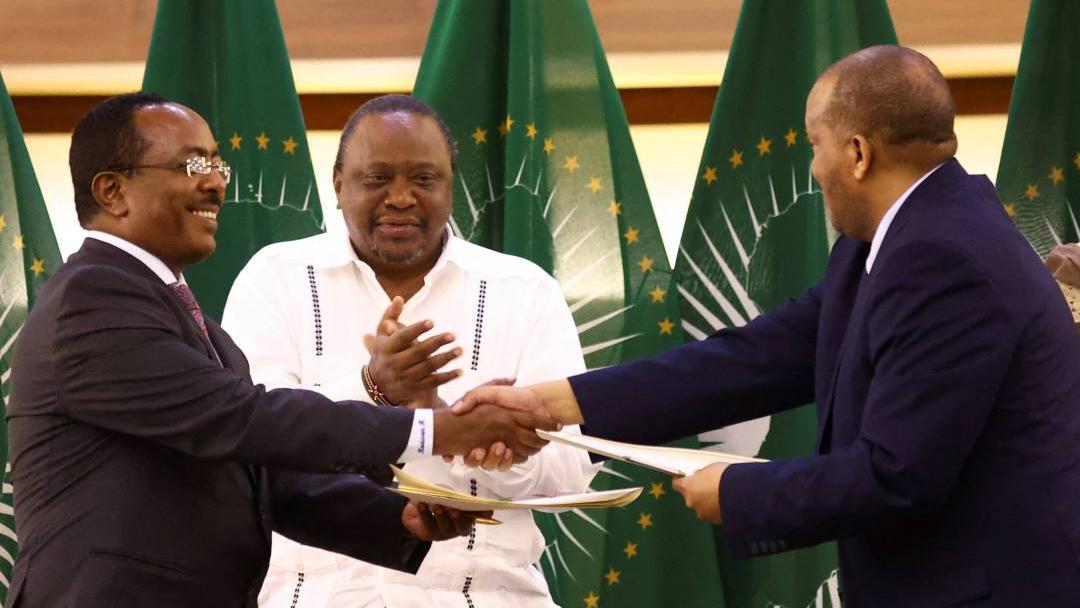 Ethiopia’s federal government and leaders in the war-torn Tigray region signed a peace accord on 2 November, followed by an implementation deal ten days later. After making these steps toward ending the conflict, all parties must act responsibly to build a solid foundation for peace.

Ethiopia’s Tigray War: After the Cessation of Hostilities, What Next?

This week on Hold Your Fire!, Richard Atwood talks to Murithi Mutiga, Crisis Group’s Africa director, about last week’s cessation of hostilities between the Ethiopian government and leaders from Ethiopia’s northern Tigray region, and whether it can end what has been a horrific war.

This week on The Horn, Alan speaks with Michael Woldemariam, professor at the University of Maryland, about the tumultuous relations between Eritrea and Tigray and how the historical grievances between both sides have shaped the recent conflict in northern Ethiopia.

Back to War in Ethiopia

This week on Hold Your Fire! Richard Atwood is joined by Crisis Group Senior Analyst William Davison to discuss fighting in northern Ethiopia, as a humanitarian truce collapses and the devastating war in and around the Tigray region starts back up again. 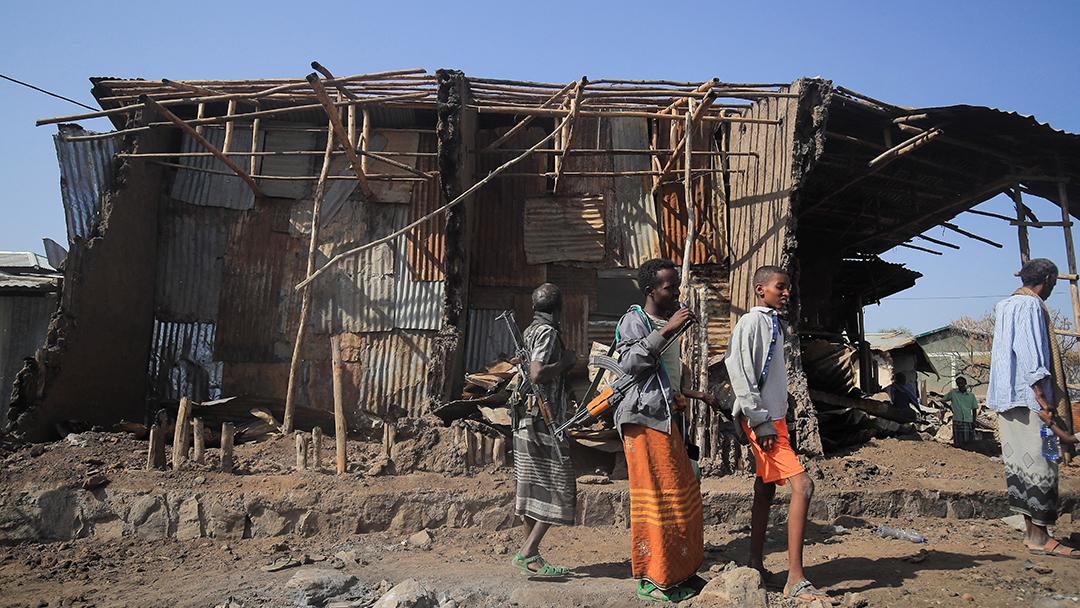 Avoiding the Abyss as War Resumes in Northern Ethiopia

Renewed fighting between a federal-Amhara-Eritrea coalition and Tigray’s forces has shattered a tenuous months-long truce. The reversal heralds a return to one of the world’s deadliest conflicts. International envoys should keep pressing the Ethiopian parties to renew the truce and begin formal direct negotiations.