Tunisia, home to the first and arguably most successful of the 2011 Arab uprisings, appears to be backsliding in its transition to democracy. In mid-2021, President Kaïs Saïed consolidated powers in the executive through a series of steps widely regarded as unconstitutional. Opposition is growing though the president retains a strong social base. The polarisation could threaten stability, particularly as it intersects with persistent budgetary woes and popular discontent over economic and other inequality. Crisis Group works to help resolve these tensions in a country that remains critical for security in North Africa as a whole.

Jihadism in Tunisia: A Receding Threat?

27 Jul 2021
There has been no talk about Tunisian institutions or keeping up any kind of democratic governance; it's just being portrayed as people who have liberated themselves from... Washington Post

Former Senior Analyst, Gulf States
23 Jul 2020
There have been extremely difficult moments in Tunisia, where the country seemed to risk tumbling into the worst scenario. But there have always been politicians and unio... Voice of America

Senior Analyst, Tunisia
26 Jan 2020
If the [Tunisian] government (...) can’t channel populist concerns about sovereignty, there risks to be a lot of instability and protests. VOA

Senior Analyst, Tunisia
25 Feb 2018
There is tension between the [Tunisian] police and the judiciary [about ISIS militants]. The police say it’s because the judges are terrorists themselves. BuzzFeed

Senior Analyst, Tunisia
14 Jan 2018
There is a fertile ground for social anger [in Tunisia] that needs to be taken into account. What will be interesting in the next days is how the youth movements will str... The New York Times 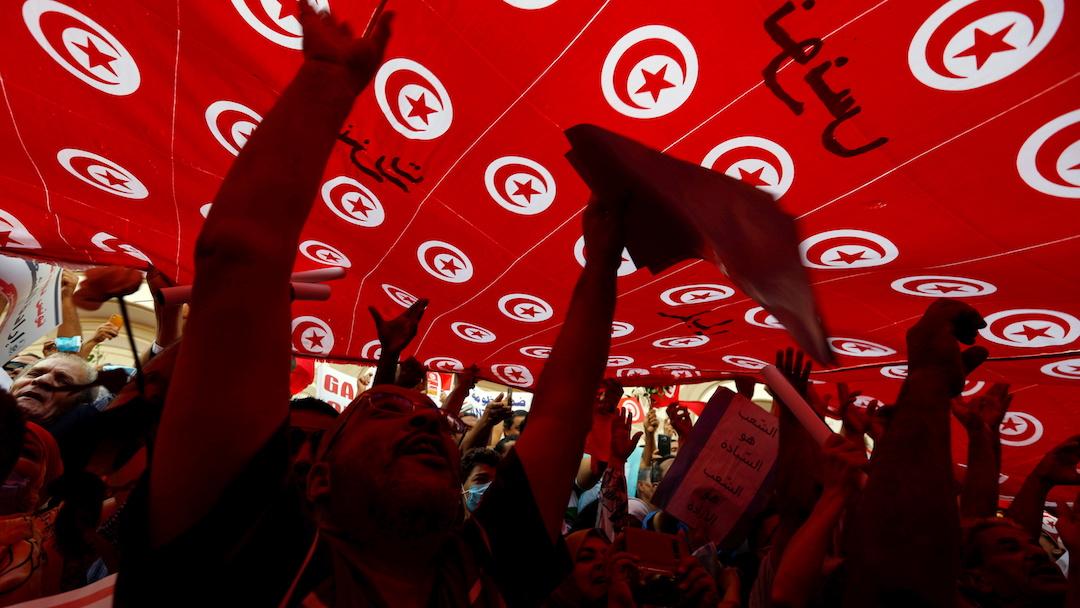 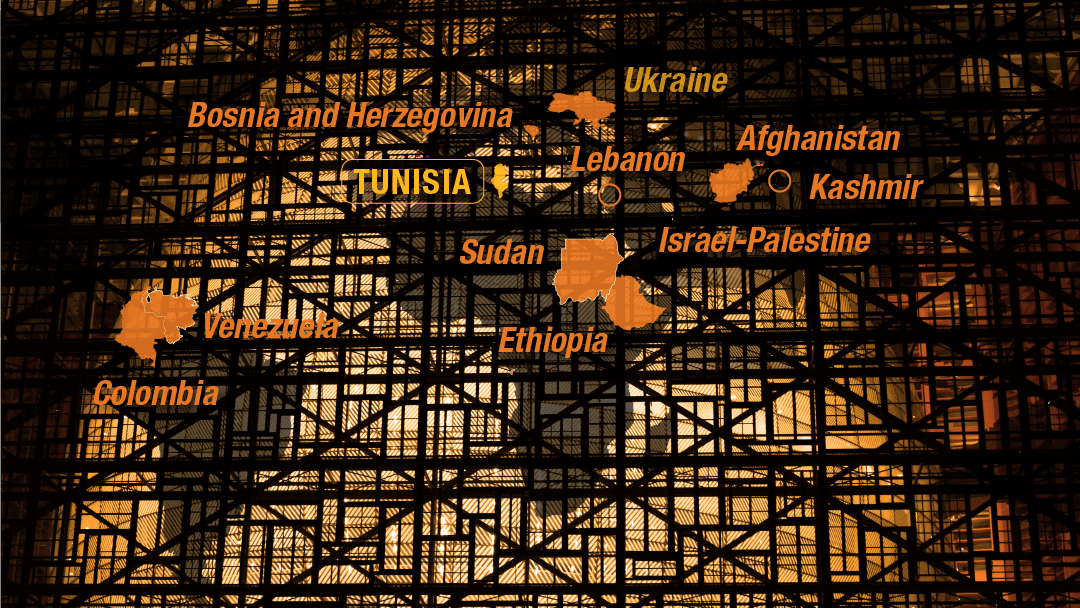 Tunisia faces multiple economic and social challenges following the suspension of parliament and the dismissal of the prime minister. This current state of emergency could fuel political turmoil and violence in the country. In this excerpt from the Watch List 2022, Crisis Group urges the EU and its member states to maintain bilateral cooperation with Tunisia and offer further economic incentives. 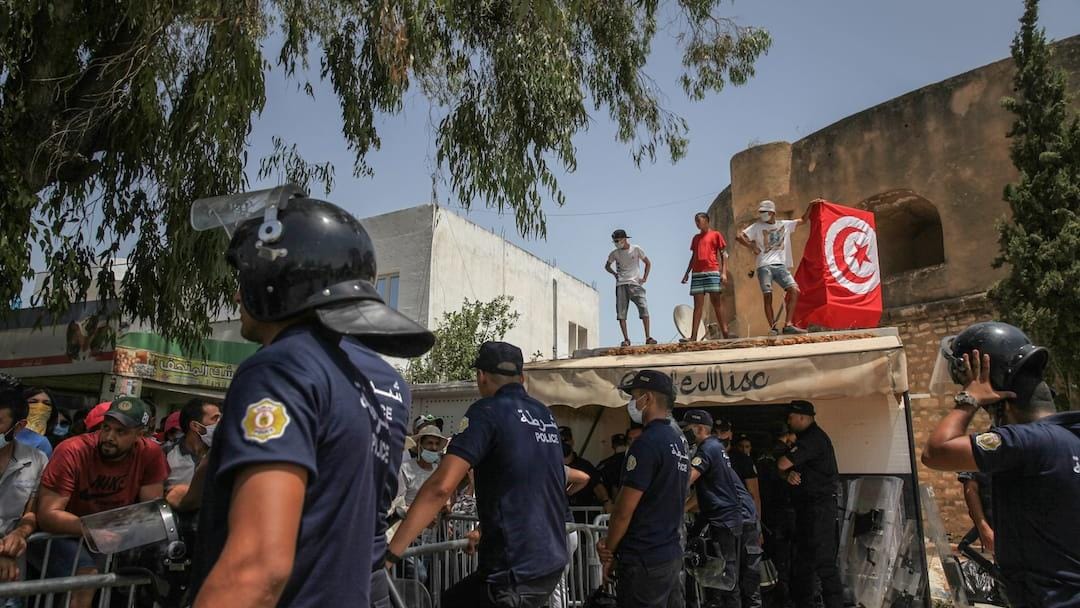 On 25 July, Tunisia’s President Kaïs Saïed invoked the constitution to seize emergency powers after months of crisis. In this Q&A, Crisis Group expert Riccardo Fabiani says compromise between Saïed and his parliamentary opponents remains possible, but so does grave violence. 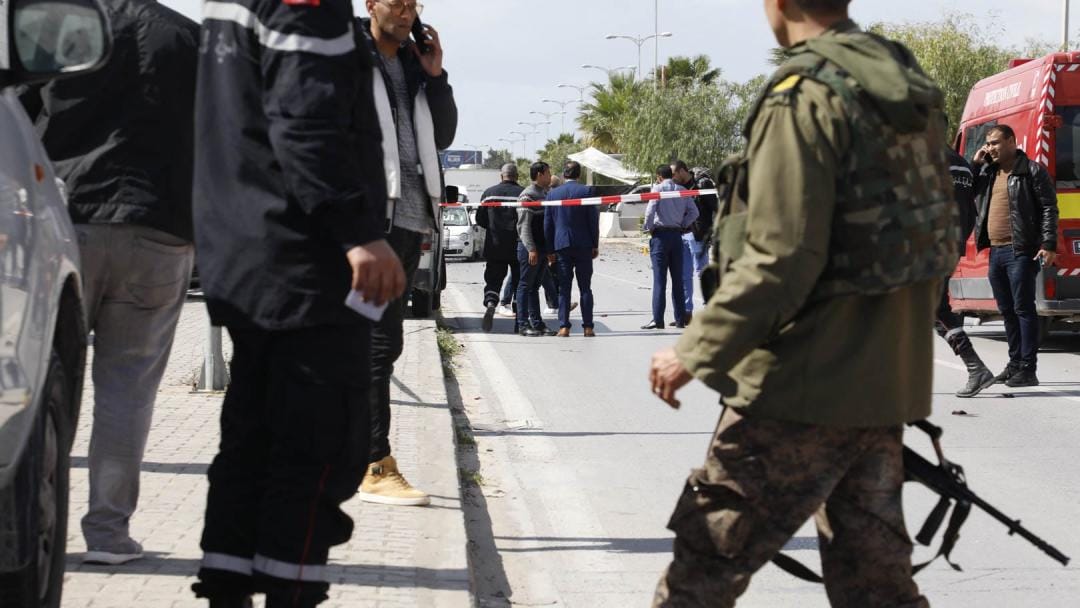 Jihadism in Tunisia: A Receding Threat?

Despite a marked decline in jihadist attacks in Tunisia since 2016, the government persists with repressive and unfocused counter-terrorism measures. The Tunisian authorities should make criminal justice and security reforms to prevent an upsurge in violence. 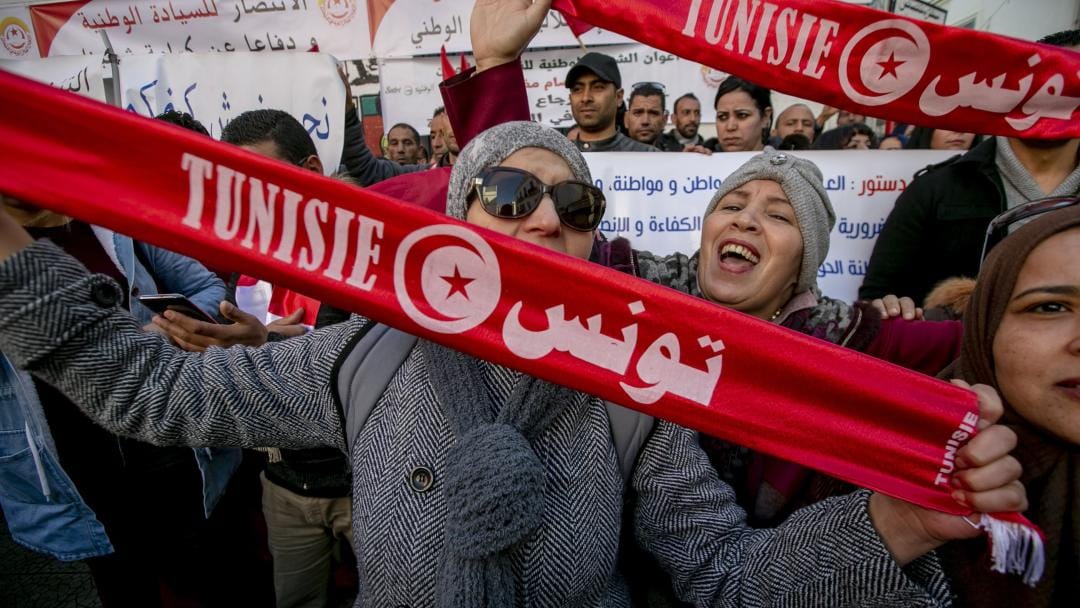 Avoiding a Populist Surge in Tunisia

Tunisia’s new government and president represent political forces that emerged in late 2019’s elections, stirring up populism, polarisation and tensions. With judicious support from the EU, the new political class should focus on the economy and choose a path of dialogue and administrative reform. 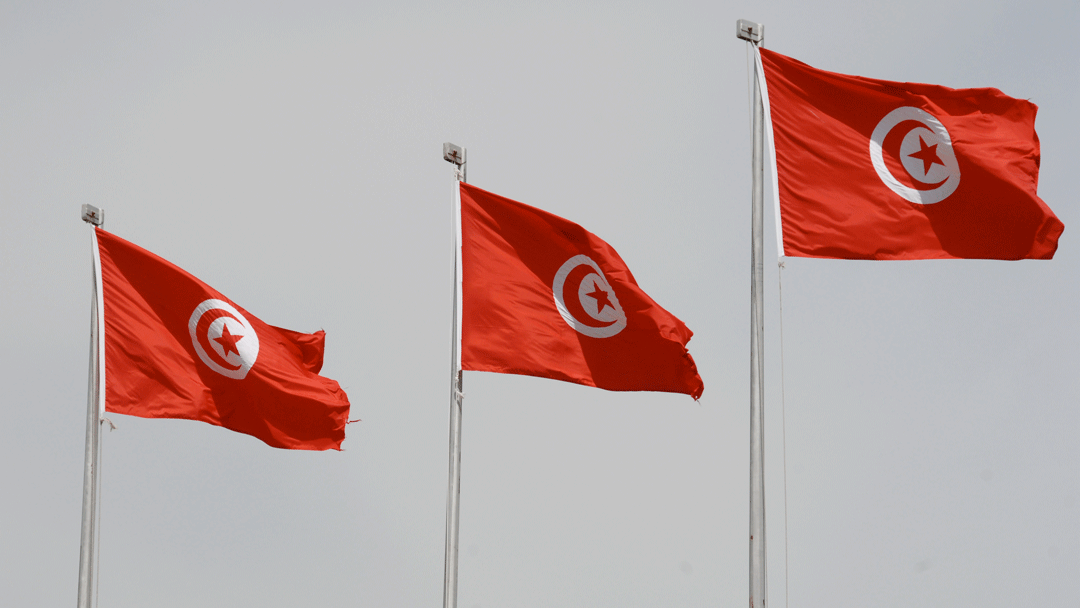 Tunisia Looks to Reset with the West

Tunisia’s new president risks heightened tensions and instability as he aims to tackle worsening socio-economic conditions. In this excerpt from our Watch List 2020 for European policymakers, Crisis Group urges the EU, as Tunisia’s main trading partner, to prevent strife by accommodating Tunisia’s will for greater economic self-determination. 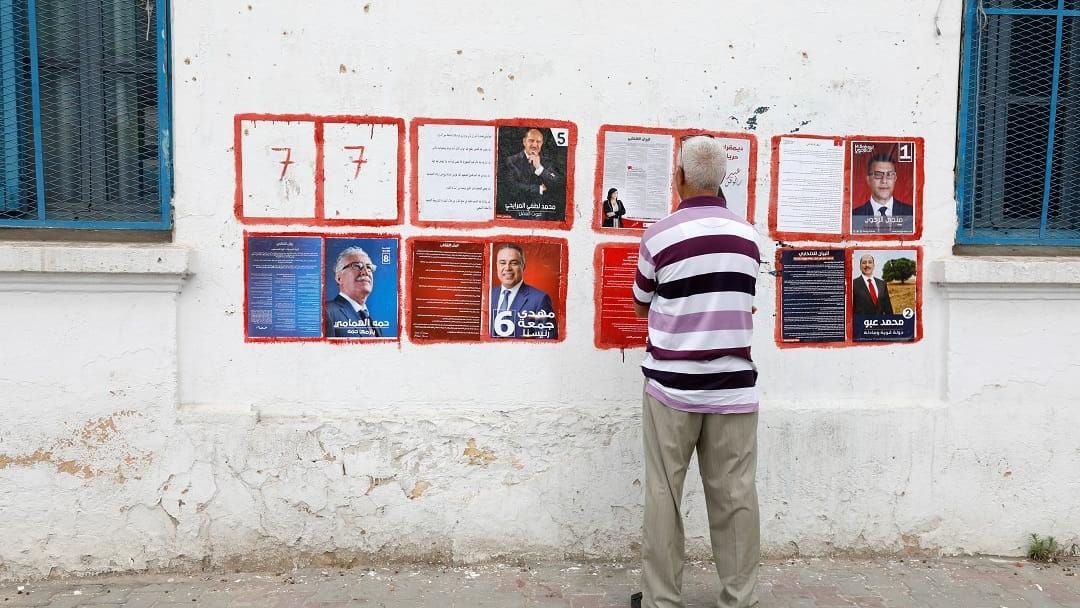 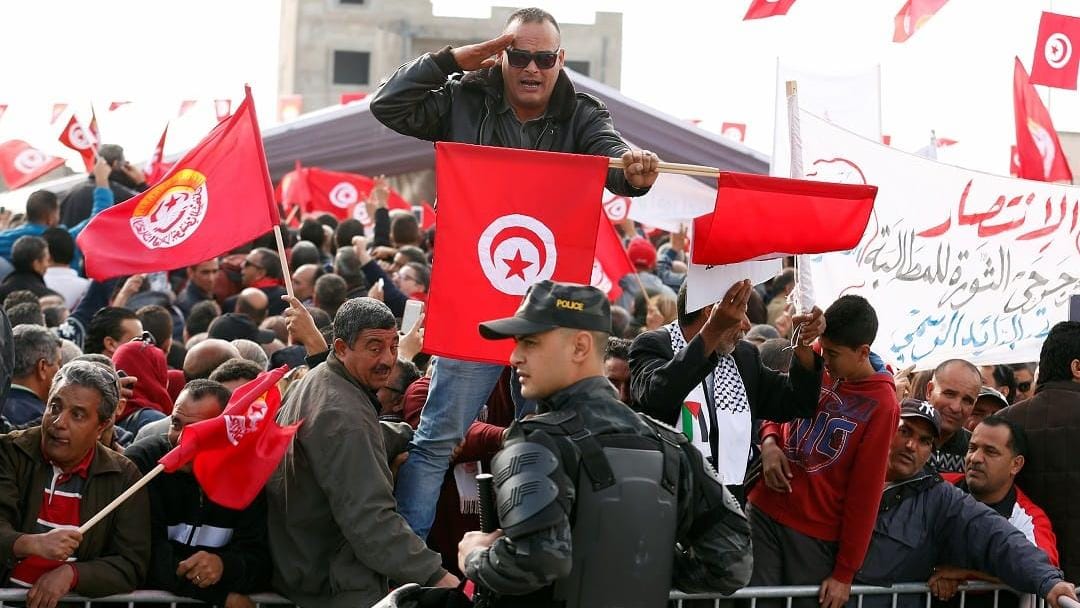 Decentralisation in Tunisia: Consolidating Democracy without Weakening the State

The decentralisation process is polarising Tunisia and risks fueling social and political tensions. In order to fulfill its promise – to reduce socio-regional inequalities and improve public services – all sides must compromise on a new understanding of decentralisation that includes strengthening state services nationwide.

Divisions within Tunisia’s political leadership are preventing the government from addressing the country’s political and socio-economic challenges. In this excerpt from our Watch List 2019 for European policymakers, Crisis Group urges the EU to support measures that will prevent further polarisation.