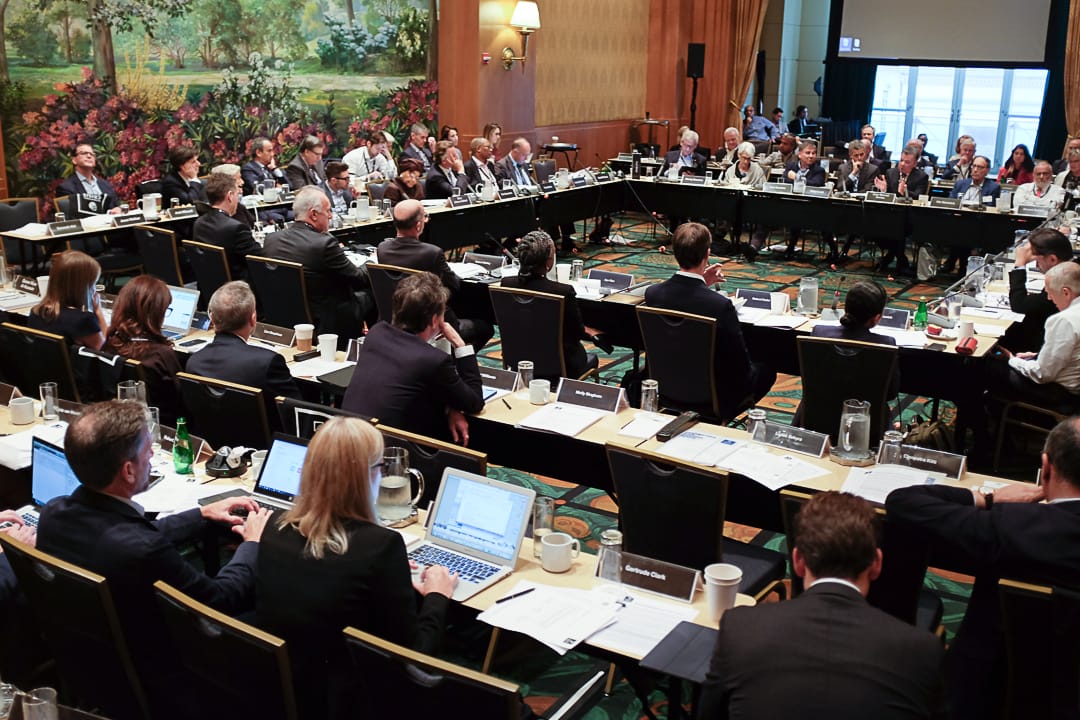 International Crisis Group is delighted to announce the appointment of four new members to its Board of Trustees. The Board plays an important role in Crisis Group’s global mission of preventing, mitigating and resolving deadly conflict.

They are Gérard Araud, Ambassador of France to the U.S., Ahmed Charai, Chairman and CEO of Global Media Holding and publisher of the Moroccan weekly L’Observateur, Susana Malcorra, former Foreign Minister of Argentina, and Meghan O’Sullivan, former U.S. Deputy National Security Adviser on Iraq and Afghanistan. Ambassador Araud will be joining after he steps down from his current position next April.

“Ensuring we have as diverse and experienced group of Trustees as possible has always been our organisation’s goal”, said Crisis Group’s President & CEO Robert Malley. “With these new remarkable members, Crisis Group is taking another step in that direction. They will enhance the organisation’s already global reach and help ensure our voice continues to be heard and our impact in preventing and resolving deadly conflict continues to be felt”.

The Board of Trustees now consists of 47 members from 31 countries.

“The new members join an already diverse Board at a critical time”, said Lord Malloch-Brown, Chair of the Board of Trustees. “Amid worsening conflicts and rising geopolitical tensions, the strengthened Board will help to keep Crisis Group well positioned in its quest to end wars and advocate for peace”.