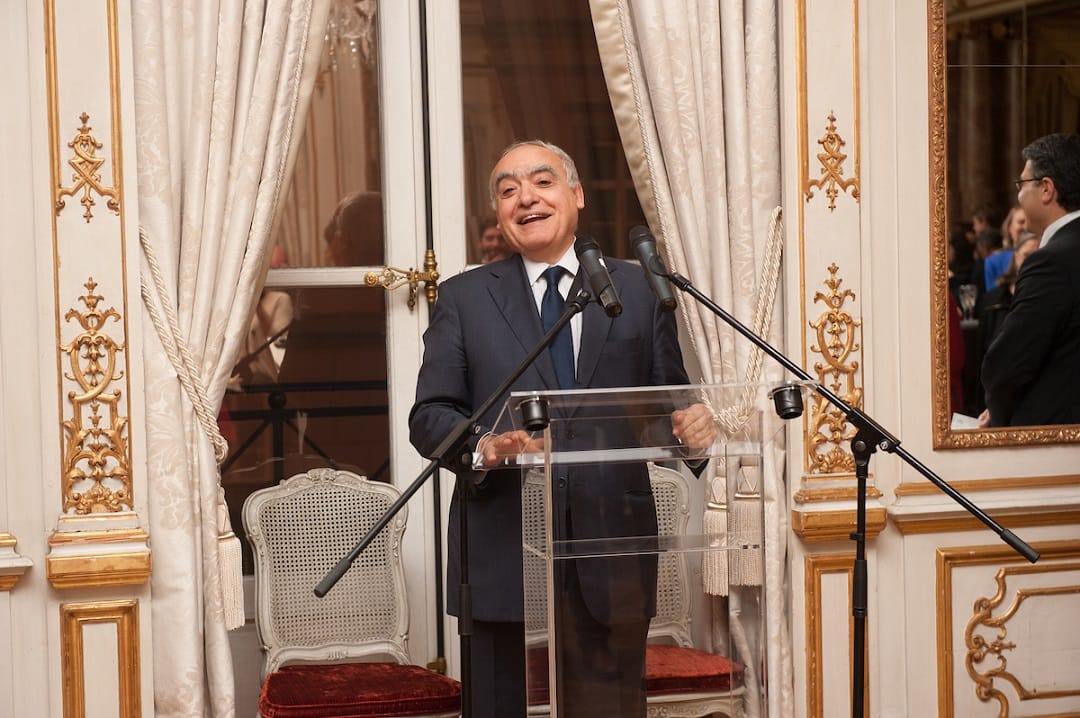 Crisis Group Welcomes Ghassan Salamé Back to its Board

It is with immense pleasure that International Crisis Group announces that Ghassan Salamé has rejoined its Board of Trustees. Mr. Salamé had previously served on Crisis Group’s Board for twelve years until 2016, including four years as Vice-Chair and then Co-Chair of the Board.

“It is wonderful to have Ghassan back in our organisation”, said Robert Malley, Crisis Group’s President & CEO. “In his recent role as in every position he has held for decades, he has done what he does best: speak truth to power, give voice to the voiceless, and act with unrivaled moral integrity, political independence, and diplomatic skill. I know he will do no less as a Trustee. Crisis Group is stronger for his presence”.

Mr. Salamé returns after serving as the UN Secretary-General’s Special Representative (SRSG) and Head of the UN Support Mission in Libya (UNSMIL), from August 2017 until March this year. Over that period, Salamé was tireless in pursuing the daunting mission of seeking to end Libya's civil war. He displayed endless tenacity and courage in engaging all parties active in that war, reaching out to its people, and trying to bring the divided country together.

“It is an honour to welcome Ghassan back”, Lord Malloch-Brown, Co-Chair of the Board, said. “His admirable endeavours for the peaceful reconciliation of deadly conflict demonstrate his unwavering commitment to the organisation’s core values”.

From 2000 to 2003, Salamé was Lebanon’s Minister of Culture. He was also a Political Advisor to the UN Mission in Iraq in 2003 and a Senior Advisor to the UN Secretary-General in 2003-2005 and again since August 2012. He is also the founding Dean of the Paris School of International Affairs, part of the Sciences Po university.

“With his deep experience of UN peacemaking and beyond, Ghassan is an invaluable addition to Crisis Group’s efforts on the front lines of advocacy”, said Frank Giustra, Co-Chair of the Board of Trustees. “I look forward to working alongside him again in our efforts to avoid the needless suffering of all those affected by crises and conflicts”.

Crisis Group’s Board now consists of 47 trustees from 30 countries.