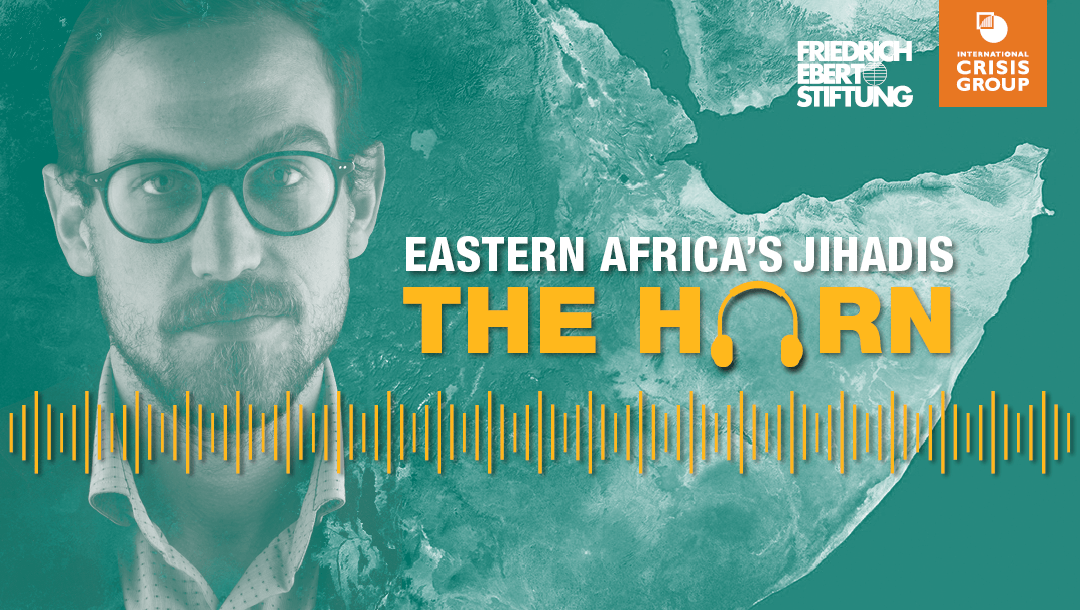 In this episode of the The Horn’s mini-series exploring jihadism along the Swahili coast, Alan Boswell and Rashid Abdi discuss the connections and competition among jihadist groups in the region and the future prospects for governments to counter their militant movements.

As jihadist ideologies have spread across Eastern Africa, governments are struggling to counter their growth, while the militant movements themselves are divided between the competing franchises of al-Qaeda and the Islamic State. Meanwhile, the dominant jihadist group in the region, Al-Shabaab, is emboldened by the Taliban’s victory in Afghanistan. What does the future hold?

In this episode of The Horn’s mini-series, Alan Boswell and Rashid Abdi, former project director for the Horn of Africa at Crisis Group, connect the dots between the jihadist groups that have sprung up across the region. They discuss what the implications for other armed rebellions might be in the wake of the recent Taliban takeover of Afghanistan and what the endgame is for groups like Al-Shabaab seeking similar power. They also discuss whether al-Qaeda or the Islamic State have regional momentum in their competition against each other, and the challenges governments face in finding the right time to dialogue with the groups. Finally, Rashid argues why regional cooperation can only go so far in countering the jihadist threat.