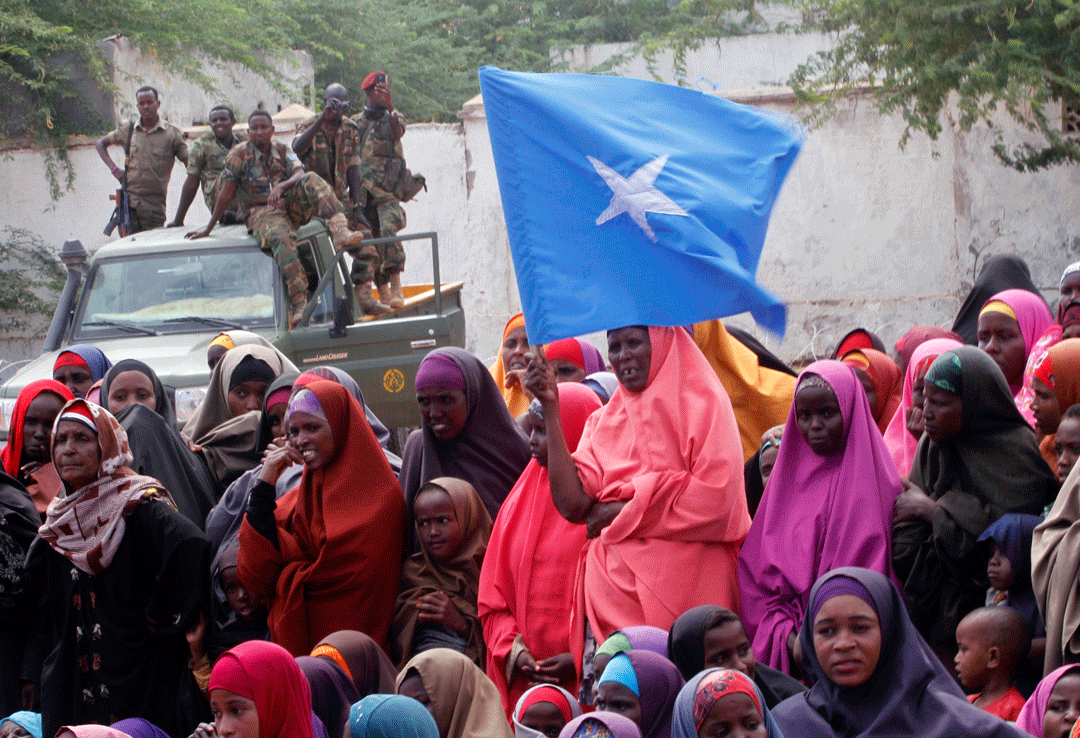 At the “Vision 2016” National Conference in September 2013, President Hassan Sheikh Mohamud committed to deliver a nationwide “one man, one vote” election by August 2016 (also sealed in the New Deal Somali Compact with Somalia’s international donors). It was a big promise made back in the heady days of late 2012, in the wake of the new “post-transitional” Somali Federal Government (SFG), and was unrealistic even then. Since then, and despite relentlessly upbeat messages and some advances in other sectors, the SFG and its institutions, especially Parliament, have made little real progress on key electoral preparations. The electoral commission is only now being selected, though there is no clarity as yet about how voters will be identified and registered, or how or even whether the promised (and legally necessary) constitutional referendum will be held before national elections.

Despite these clear obstacles, the strict policy line – that elections will occur in August 2016 – remains intact. There are good reasons for sticking to this, not least to emphasise the continued progression from the decade-plus “transition” that finally ended in August 2012. Western donors also argue that a missed 2016 deadline for elections may jeopardise the hard-won international (re-) commitment to Somalia.

An all-out push for elections in 2016 will inevitably distract from other, more important, processes. Foremost among them is the need to consolidate security gains against Al-Shabaab outside of Mogadishu, primarily by establishing interim federal administrations (IFAs) charged with governing Somalia’s fractious regions. To implement these local governance arrangements, reconciliation processes within the new IFAs as well as the politically tricky technical demarcation of new and contested boundaries between them need attention. Instead, because of the proximity of the elections, these local processes are being used by political elites as platforms for bids for national (potentially more lucrative) power. Moreover, any electoral process seen as unacceptable to either the federal government or the proposed federal member states (the current IFAs) could widen existing fissures, mostly based on the degree of political autonomy and flow of resources, between the two.

A recent (18 March) statement by the UN Special Representative of the Secretary-General (SRSG) Nicholas Kay notes “later in 2015, all stakeholders … will need to consider exactly how best to achieve an inclusive and representative process in 2016”. This is as close as any senior diplomat has come to saying that “plan A” (a nationwide election under universal suffrage) may not be possible. A UN assessment mission is expected soon, which may give the necessary political cover for a change of plan. It is important that its main findings – relating to the feasibility of holding polls within the allotted timeline – are made public so that sensitisation and consultation around a “plan B” can begin in earnest. At the moment neither prospective candidates nor voters have any idea how parliamentary representatives and a president will be chosen.

While the SRSG warns that “now is not the time for discussions” – effectively deferring to the just-appointed electoral commission to make the call on elections – technical, political and theoretical deliberations are of course ongoing. Closing down debate is not the Somali way; there is already a slow trickle of alternative proposals for choosing the next government in social media; Somali meeting places have been debating the issue for months. While no system will be ideal for all parties – with the Somalia Federal Government and IFAs holding different views – there are some important considerations that need airing urgently:

The principle of keeping to a 2016 deadline for the current government and parliament is a good one. Continuing to suspend disbelief for another six months that a national, one man one vote, parliamentary and presidential election is feasible by 2016 is less sensible. The sooner the options are brought to the table, discussed and agreed upon, the better the chances for a more representative, transparent and acceptable process.