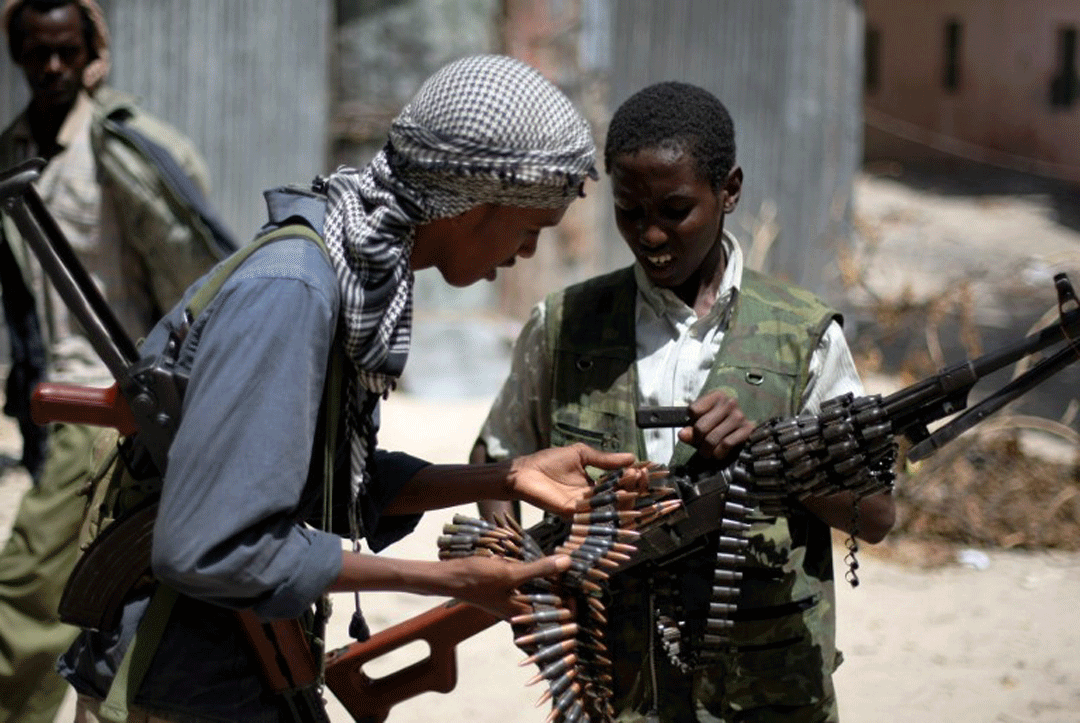 Young fighters from Al-Shabab come together to count their bullets at a frontline section in Sinaya Neighborhood in Mogadishu, on 13 July 2009. AFP/Mohamed Dahir
Commentary / Africa 11 February 2016

Somalia: Why is Al-Shabaab Still A Potent Threat?

This year, the armed Islamist extremist group Al-Shabaab has notched up a series of bloody successes against both Somali targets and the African Union peace-enforcement mission AMISOM. Meanwhile, the international community has been busy cajoling principals of the Somali federal and state governments into agreeing on the means by which to hold new elections due in August. Despite four years of “post-transitional” government and a level of international engagement and foreign military presence not seen since the early 1990s, Somali politics remain dysfunctional and prone to violent disagreement – exactly the conditions in which Al-Shabaab thrives.

Al-Shabaab’s recent string of high-profile attacks began on 15 January, when it overran an AMISOM forward operating base manned by a company-sized Kenyan contingent in El-Adde, in the Gedo region, inflicting heavy casualties (estimates upwards of 50 dead with additional hostages taken); the Kenyan military has not provided details. On 21 January, Al-Shabaab hit Mogadishu’s popular Lido beach area, a symbol of the city’s return to normalcy, killing at least twenty civilians. On 2 February, a bomb blew a hole in the side of a Somali-owned Daallo Airlines plane minutes after take-off. The attack killed only the suspected suicide bomber and the plane was able to land safely, however this was the first time Al-Shabaab – who have not yet claimed the attack – has attempted to bring down an aircraft with an on-board device. Lastly, from 5-8 February, the group temporarily re-occupied the centre of Marka, in the Lower Shabelle region, which it lost to AMISOM and Somali National Army forces in August 2012, after Somali troops withdrew due to lack of pay. 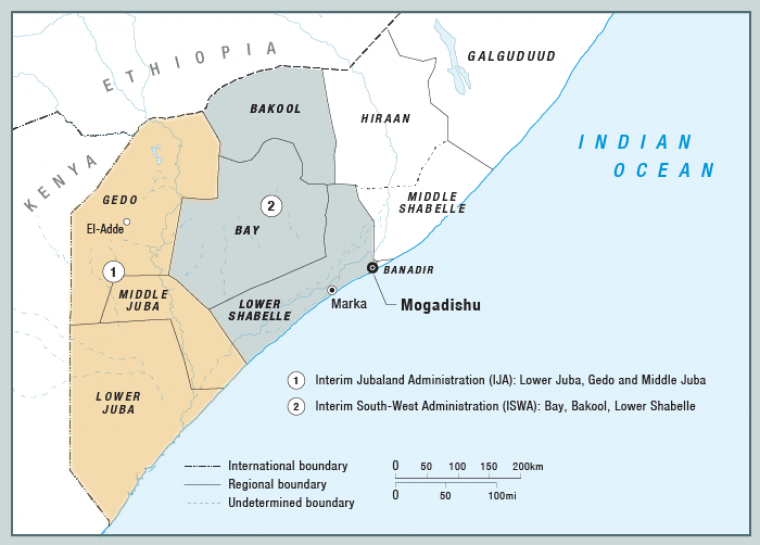 In late January, following the Kenyan contingent’s losses at El-Adde, Kenyan President Uhuru Kenyatta spoke at the African Union’s Peace and Security Council to call for a review of AMISOM’s mandate and put forward a five-point plan for its expansion. AMISOM troop-contributing countries met in Nairobi on 8 February, and another summit is planned for late February in Djibouti to agree a new approach.

AMISOM’s vulnerabilities ultimately stem from the lack of a political settlement in Somalia.

Whatever the failings and remedies to be identified, the mission’s vulnerabilities ultimately stem from the lack of a political settlement in Somalia. AMISOM is again being forced to up the military ante, in response to Al-Shabaab’s tactical switch to guerrilla-style attacks. Its rural insurgency has exposed AMISOM’s territorial overstretch after a previous expanded mandate allowed the large-scale Operation Eagle and Operation Indian Ocean, which both began in 2014. These offensives resulted in the “liberation” of much of south central Somalia, which in certain areas has looked more like “occupation” by outsiders. In addition to the longstanding problem of Somalia’s neighbours as troop contributing countries, the interim federal administrations and the Somali National Army that followed in AMISOM’s wake are still largely clan-based, and locally identified as such. The two recent AMISOM reversals took place in Gedo and Lower Shabelle, both of which were subsumed into the new Interim Juba Administration and Interim South West State of Somalia, respectively, and are still disputed by or between local populations.

A combination of factors accounts for the success of Al-Shabaab’s El-Adde attack: blunders and conspiracy can be applied in equal measure. But most importantly, Al-Shabaab has not been defeated politically and socially in the south-western region of Gedo. To simplify a many-layered context, local communities, belonging predominantly to the Marehan-Darod clan, are caught between an Interim Juba Administration which they did not fight for and which is led by a rival clan based in distant Kismayo; Kenyan and Ethiopian AMISOM contingents who have different priorities and local clients; and a federal government that can’t project beyond its mostly Hawiye-clan heartlands. The El-Adde communities have little reason to intercept Al-Shabaab sympathisers and fighters, let alone confront them militarily.

The situation in Lower Shabelle that allowed Al-Shabaab to take control of the centre of Marka has its own specific dynamics, but again local communities are caught between various conflicting forces. The Interim South West State of Somalia was disputed from the start in Marka and environs, and did not resolve the competition between the most powerful clans, namely Habr Gedir-Hawiye and Bimal-Dir, who at different times have found it politically advantageous to fight for and with Al-Shabaab, the Somali National Army and AMISOM.

The competition of interests provides space for Al-Shabaab…

These competing interests leave the ground clear for Al-Shabaab’s overarching narrative of one Islamic system that claims to put the Somali faithful first. The group often styles itself as a mediator in local conflicts, where international, regional and Somali forces are frequently seen as partisan. The competition also provides space for Al-Shabaab to deal with its own internal rivalries and appear resilient. In the past couple of years, the group suffered and survived not only territorial losses but also a bitter internal leadership battle in July 2013, a U.S. drone strike killing its long-term emir Ahmed Abdi Godane in September 2014, and most recently a challenge from factions who wanted to transfer official allegiance from al-Qaeda to the Islamic State.

As Crisis Group recommended in its June 2014 briefing, Al-Shabaab: It Will Be a Long War, more military pressure can only sustain progress within durable political settlements. To achieve this, more systematic efforts and support should be given to parallel national and local reconciliation processes at all levels of Somali society. The paramount focus should be on addressing local Somali political grievances, not on regional or international priorities. Tapping into the grievances of local communities is what enables Al-Shabaab to remain and rebuild in Somalia.