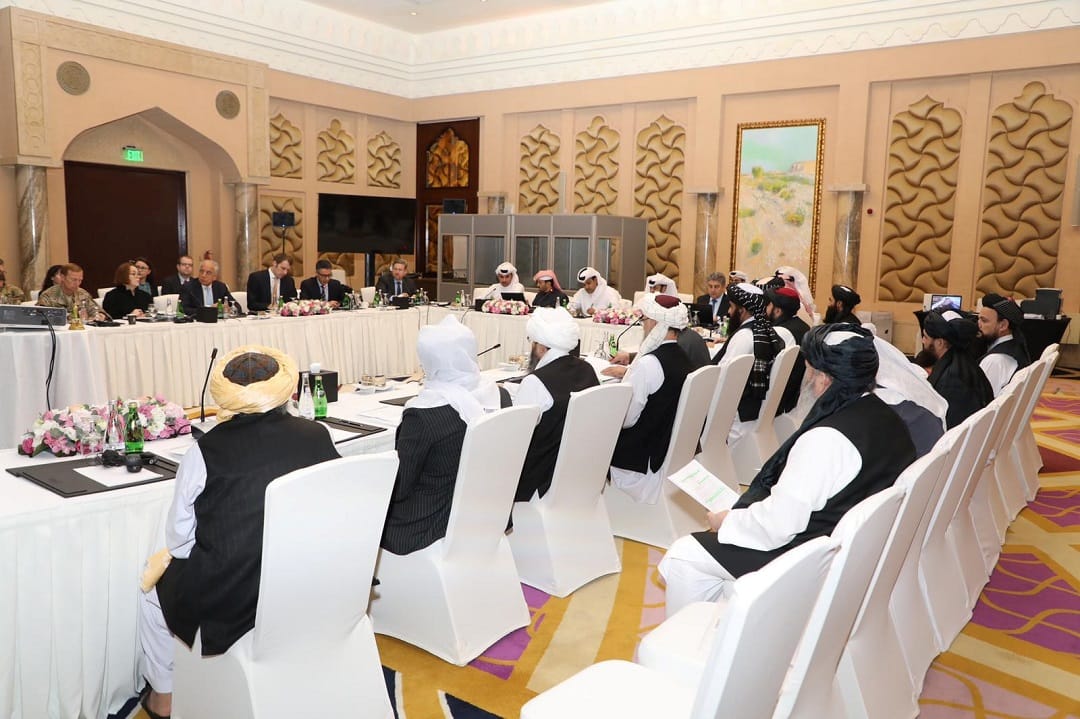 On 7 September, U.S. President Donald Trump made the startling announcement that he had invited Taliban leaders to Camp David for talks – and then cancelled the gathering. Crisis Group Asia Program Director Laurel Miller and consultant Graeme Smith explain what happened and what it means for prospects of ending Afghanistan’s war.

What was the U.S. goal in inviting the Taliban to Camp David?

The U.S. has not said what was planned for Camp David, the wooded Maryland retreat that has hosted several peace summits, but the outlines of its intentions seem clear. A week earlier, U.S. envoy Zalmay Khalilzad said negotiators had reached an agreement with the Taliban, adding that he would announce details imminently, pending President Donald Trump’s final approval. The likely explanation for the Camp David meeting is that, in light of significant criticism from various quarters, Trump was not prepared to sign off on the deal, which the parties had painstakingly negotiated over the last nine months, and wanted to better its terms for the U.S. side.

What is not yet clear is whether, by also inviting President Ashraf Ghani to Camp David, the U.S. intended to try to broker a grander bargain, including resolution of issues between the Taliban and Afghan government. If so, Trump would have been aiming for a moonshot in a peace process where victories are measured in inches. No diplomatic groundwork has yet been laid for a peace agreement among the Afghan parties, and there is no reason to think that either side would have been willing to deal on the fly.

U.S. diplomacy’s main achievement in the last year has been to persuade the Taliban to open negotiations with the Afghan government after concluding an initial agreement with Washington. Officials have indicated that the draft U.S.-Taliban agreement included a commitment by the Taliban to commence what are being termed “intra-Afghan negotiations”.

The Taliban’s concession may sound modest, but from their perspective it is not. For years, the insurgents had vowed never to speak to a government they dismissed as a “puppet” – and never to negotiate over their country’s political future while American boots remained on Afghan soil. Months of careful diplomacy, conducted with disciplined secrecy on both sides, coaxed the process to the brink of historic intra-Afghan talks. If and when those talks start, they will undoubtedly be lengthy and complicated.

The credibility of the U.S commitment to negotiating is harmed but not destroyed, as all sides understand that Washington will seek a political solution at some point.

Why did the planned meeting fall apart?

Trump said the primary reason why the deal fell apart was the Taliban’s recent attack in Kabul that killed one U.S. soldier, but that explanation is not credible. Both sides have been hammering each other on the battlefield, seeking leverage at the negotiating table – indeed, in the wake of the Camp David cancellation, Secretary of State Mike Pompeo pointed out how many Taliban fighters the U.S.-led coalition had recently killed. Taliban-inflicted violence had been ramping up throughout the negotiating process, and fifteen U.S. troops had already been killed during that time, in addition to many more Afghans. For Washington’s part, its declared policy is to use military pressure to obtain Taliban concessions. The U.S. is dropping munitions on Afghanistan more frequently now than in any year since 2001. The intensified bombing has pushed up the number of Afghan civilians killed in the war. In the first half of 2019, the UN recorded more civilians deaths at U.S. or Afghan government hands than at the Taliban’s – including a marked increase in deaths from airstrikes.

More likely, plans for the meeting never truly came together in the first place because the Taliban leaders were prepared to visit the U.S. only after the deal they had already negotiated was signed and announced.

What are the consequences for the peace process?

The U.S. president has said that the talks are “dead”, but it may not be the last word from him, given reversals in similar rhetoric he has employed in other circumstances. The 10 September departure of National Security Advisor John Bolton, who is known to oppose making a deal with the Taliban, adds another wrinkle. At a minimum, however, the debacle will mean some delay in finalising a deal that had seemed on the verge of completion. And the U.S. will need to find a face-saving way to bring itself back to the table, if the process is to resume. The Afghan government, which had openly celebrated the breach in the U.S.-Taliban process, may also need to save face.

Negotiators among the Taliban and Afghan government told Crisis Group that they continue to prepare for intra-Afghan negotiations in case the U.S. returns to the table. The credibility of the U.S commitment to negotiating is harmed but not destroyed, as all sides understand that Washington will seek a political solution at some point.

The question is therefore not whether the U.S. will return to negotiations, but when. A quick resumption of talks could jolt the process back on track. Without that, the most plausible scenario is that the U.S. and Taliban heighten their military confrontation. The Taliban may feel compelled to make good on their threat to disrupt Afghanistan’s 28 September presidential election. The year 2019 may be remembered as the most violent ever, judging by recent trends.

What do the Taliban, U.S. and Afghan government want out of a U.S.-Taliban deal?

Both the Taliban and U.S. seek the withdrawal of U.S. forces from Afghanistan and the end of America’s longest war. They disagree, however, over the terms and pace of a U.S. exit.

The Taliban want to regain control of centralised government, allowing them to install what they call an “Islamic system” in Afghanistan, though they seem to understand that their desires will collide with opposing views at the negotiating table. The degree of Taliban willingness to compromise on this matter is unknown, raising questions about whether they will be able to make peace with the Afghan government. It will also help determine whether Afghanistan’s donors, who pay most of the security sector and civilian government’s bills, will bless a peace deal.

The U.S. wants a peace agreement offering guarantees that the Taliban will combat the Islamic State’s Afghan affiliate. This pledge should be easy to obtain considering that the Taliban battle daily with the Islamic State, which they consider a sworn enemy. Getting the Taliban to renounce al-Qaeda, as Washington would also like, could be more difficult because some of the Taliban’s hardline supporters idolise Osama bin Laden. The Taliban seem ready, however, to deliver at least on the U.S. demand for a public declaration not to allow terrorists to abuse their territory as a staging ground for international attacks.

For Kabul, the U.S.-Taliban agreement could have been a first step toward kick-starting talks between the insurgents and the Afghan government. To their credit, some Kabul officials continue working toward the eventual moment when they sit down with the Taliban and both sides compare visions of Afghan state structure and ways of drafting a new constitution.

What can be done to revive talks?

Trump scuppered the talks, and the onus is on Washington to press ahead with diplomacy. Taliban interlocutors say they are puzzled by U.S. behaviour and, though they have indicated their continued openness to concluding talks, they are unlikely to take the initiative in pressing for a restart. Washington will also need to manage criticism of the deal out of Kabul, which has spiked in the wake of the Camp David debacle.

Originally published in The Economist