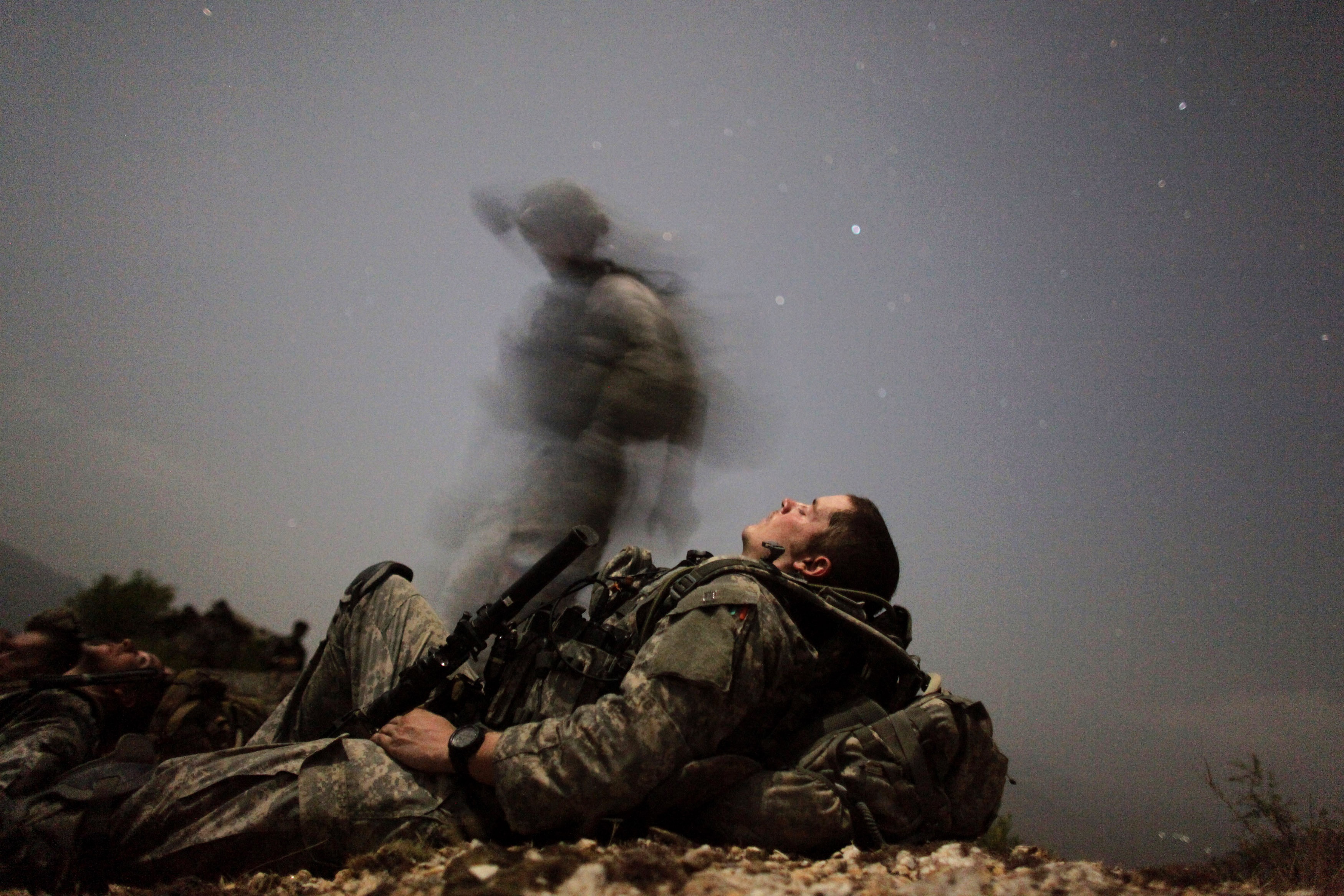 How the U.S. Withdrawal Decision Will Affect the Afghan Conflict

Washington’s decision to withdraw troops from Afghanistan by 11 September spells an end to the U.S. military deployment but not peace. Crisis Group expert Andrew Watkins anticipates that negotiations will likely stall and Afghans will fear an intensified civil war as the U.S. role evolves.

What’s new in the Biden announcement that the U.S. will withdraw all troops by 11 September? Why was the announcement made now?

President Joe Biden’s televised remarks on 14 April were the first clear statement of his decision to end U.S. military involvement in the war in Afghanistan. They also marked the first time that he has conveyed that the U.S. will – almost – stick to the withdrawal timeline the Trump administration agreed upon with the Taliban. Biden made clear that the U.S. would miss the 1 May deadline set out in the U.S.-Taliban agreement reached in February 2020, but that it would “begin” withdrawing on that date, and then complete its withdrawal by 11 September. For months, speculation had been growing that a delay was likely. The questions were whether or not such a delay would be negotiated with and accepted by the Taliban and, if so, in exchange for what concessions to the Taliban. It now appears that the U.S. decision was unilateral, though Biden in his remarks claimed it was consistent with the U.S.-Taliban deal.

Biden administration officials have characterised the deal with the Taliban as overly favourable to the insurgent group, one that put them in a bind: should the U.S. abide by the agreement’s withdrawal deadline when questions remain as to the Taliban’s commitments on counter-terrorism and their participation in peace talks? By declaring a firm exit date in a matter of months, but also delaying beyond the U.S.-Taliban agreement’s deadline, Biden said he is fulfilling the spirit of commitments made by the previous administration. The White House seems to hope that making this announcement before 1 May would satisfy the Taliban’s core demand that foreign troops exit the country, while enabling a smoother departure than the U.S. military could execute within a few weeks.

The decision reflects Biden’s recalculation of U.S. interests in Afghanistan and a determination that they are not sufficient to justify a continued troop presence on the ground.

Although this announcement’s timing is linked to the 1 May deadline, Biden and senior administration officials have stressed rationales for the military departure unrelated to the U.S.-Taliban agreement. These include sufficient satisfaction of the main U.S. reason for its 2001 military intervention – countering al-Qaeda – and a desire to focus instead on other foreign policy priorities. First and foremost, the decision reflects Biden’s recalculation of U.S. interests in Afghanistan and a determination that they are not sufficient to justify a continued troop presence on the ground.

What has been the Taliban’s response?

Taliban spokesmen have issued several tweets so far. One said the group will not attend any conference to determine Afghanistan’s future until foreign troops have departed, an apparent rejection of the Turkey-hosted peace conference planned for 24 April and organised by Ankara, the UN and Qatar at U.S. instigation. Another reiterated what the group has said publicly for months – that any delay beyond the date specified in the U.S.-Taliban agreement would violate the deal and risk a violent response.

Taliban representatives have forecast that any unilateral U.S. decision on withdrawal would be a sign of duplicity and disrespect.

U.S. officials may believe that concrete confirmation of a military withdrawal will be sufficiently good news for the Taliban to forestall a harsh response targeting U.S. personnel, but that remains to be seen. The Taliban could characterise the announcement as a declaration that the U.S. is leaving on its own terms, in a rejection of the agreement the two parties reached in 2020. The group has grown increasingly mistrustful of the U.S., in particular after the presidential transition, as it has perceived hesitation in U.S. officials’ remarks and diplomatic engagement on the terms of their agreement. Taliban representatives have forecast since January that any unilateral U.S. decision on withdrawal would be a sign of duplicity and disrespect.

At the same time, it is in the Taliban’s interests not to disrupt the U.S. departure, if the movement sees quickly that the withdrawal is really happening. For this reason, it is possible that Taliban rhetoric vis-à-vis the U.S. will be more bellicose than the group’s actions.

What does this news mean for the planned conference in Turkey?

The Taliban immediately seized on the news of the U.S. delayed withdrawal to reject out of hand the forthcoming peace conference in Turkey, planned to begin on 24 April. The U.S. had rather suddenly proposed this conference in March, in a letter from Secretary of State Antony Blinken to Afghan leaders, with the intent to convene neighbouring and regional states as well as the Afghan sides in order to jump-start lagging talks among the Afghan parties. The U.S. plan included a risky proposal to establish a “transitional” or interim power-sharing government consisting of various Afghan stakeholders including the Taliban.

Until 13 April, the Taliban had not publicly indicated whether they would attend, and at several points Taliban figures disparaged the notion of a temporary power-sharing arrangement. Taliban sources have described the conference to Crisis Group as a ploy to extract major compromises not included in the February 2020 agreement, for what they see as too little in return. But diplomats involved in the planning say the group continued to discuss the possibility of attending until news of the withdrawal broke.

It is difficult to envision the Turkey conference taking place without the Taliban’s participation and certainly the event would not notch up any significant achievements if it did occur without them. It seems unlikely the Taliban will back down from their rejection of participation, though a reversal is not impossible considering that Ankara and Doha especially (as co-conveners who would be embarrassed by the event’s failure) will probably pressure the group to show up. There could be an attempt to press on without the Taliban’s presence, if only to convene some of the foreign governments supporting the peace process.

What does the news mean for peace efforts more broadly?

Nothing good, but it is not clear that ignoring the 1 May deadline and avoiding setting a withdrawal date would have advanced peace talks either, given the anger that course of action would likely have provoked among the Taliban.

The primary motivation for the Taliban’s participation in Afghan peace talks that had been intermittently ongoing in Doha since September 2020 was the U.S. commitment in the February 2020 agreement to withdraw its troops – and all foreign troops – by 1 May. But this incentive had proven so far insufficient to elicit any real sign of willingness to compromise from the insurgent group. It is unclear what further incentives could now be offered that would prompt greater willingness. There will likely be tremendous pressure within the Taliban movement to press its military advantage in the aftermath of the U.S. withdrawal and attempt to achieve an outright military victory.

With the high potential for military conflict to re-intensify in the months to come, a resumption of peace talks between the two sides could grow increasingly unlikely.

As for the other side of the table, a number of political opposition figures will see a continuation of peace efforts as in their interest, especially after the U.S. raised the prospect of an interim government in which they might gain a greater share of power. But the Taliban’s response to the U.S. withdrawal, and their rejection of the Turkey conference, will likely shelve any such proposal. By the same token, President Ashraf Ghani and his senior officials are not likely to face the same pressure to cooperate with peace initiatives as they had during recent months, when the U.S. was pursuing last-ditch efforts to get a deal made before the withdrawal deadline. With the high potential for military conflict to re-intensify in the months to come, a resumption of peace talks between the two sides could grow increasingly unlikely.

The Taliban may still be interested in negotiating with the U.S. about smoothing the way for withdrawal, especially in order to obtain the additional release (by Kabul) of imprisoned fighters or UN sanctions relief. But it is not likely that the Afghan government would go along with such concessions in the wake of the withdrawal announcement – and its consent would be required.

President Biden has said that the U.S. will continue to support peace talks, and that it will press regional states to “do more” to support Afghanistan. But it is unclear what Washington’s diplomatic efforts will look like or what goals it will seek to achieve in the months ahead as the U.S. is withdrawing forces.

Does U.S. withdrawal spell doom for the Afghan government?

Some Afghans fear that it could. Several have told Crisis Group they worry Biden’s announcement is the beginning of the end of an already weak and factious Afghan government, and of the constitutional order that the Western intervention helped erect.

It is unclear whether the U.S. will provide remote or “over-the-horizon” military support to Afghan forces.

Nonetheless, it is impossible to make predictions about the Afghan government’s future without knowing more about plans for foreign assistance, particularly U.S. security assistance, upon which the state is dependent. If the U.S. commits to providing funding at similar levels for the coming years, many Afghan officials have suggested that the government can continue to function and defend itself indefinitely. As yet it is unclear whether the U.S. will provide remote or “over-the-horizon” military support to Afghan forces, ranging from strategic advice to intelligence sharing to training (presumably outside Afghanistan). These types of support could go a long way toward helping the Afghan government maintain some battlefield equilibrium.

Also unclear is how the withdrawal – and the battlefield developments that follow it – will shape the political landscape in Afghanistan. President Ghani’s government is on shaky ground, and a number of powerful stakeholders have openly advocated for an interim government composed of various power-brokers to take its place. Although the Biden administration has pledged to continue its support for the Afghan government, potential Taliban military advances post-withdrawal could embolden these players to try to sideline Ghani.

The British and Germans have already announced they would leave when U.S. forces do. Does that mean the end of all foreign troops in Afghanistan?

In spite of allies’ frustrations with how the U.S. has approached peace efforts and the question of withdrawal, NATO has consistently held to the position of “in together, out together”. In fact, without the security umbrella provided by the U.S. military (including but not limited to aerial support, logistics pipelines and other infrastructure), NATO cannot feasibly maintain a large-scale military expedition in a hostile environment. Troop-contributing nations will have to pull out their forces.

What does that mean for Afghans?

The country has already seen the beginnings of an exodus of its political elite and civil society activists, journalists and intellectuals over the last year due to a targeted killing campaign that swept the country, largely unclaimed but widely attributed to the Taliban. This campaign, along with the potential for the country to slide back under Taliban rule, has struck fear in the hearts of many Afghans.

In 2020, reportedly in accordance with secret annexes to the U.S.-Taliban deal, the insurgents significantly scaled back their traditional annual campaign to attack the capitals of a number of besieged provinces. If the Taliban’s initial response to the U.S. announcement remains consistent, then the movement may resume such attacks as September approaches. An intensified fighting season may well lead to Taliban advances, which could provoke mass displacement and a redrawing of political allegiances inside the country.

Testimony on Afghanistan to the European Parliament