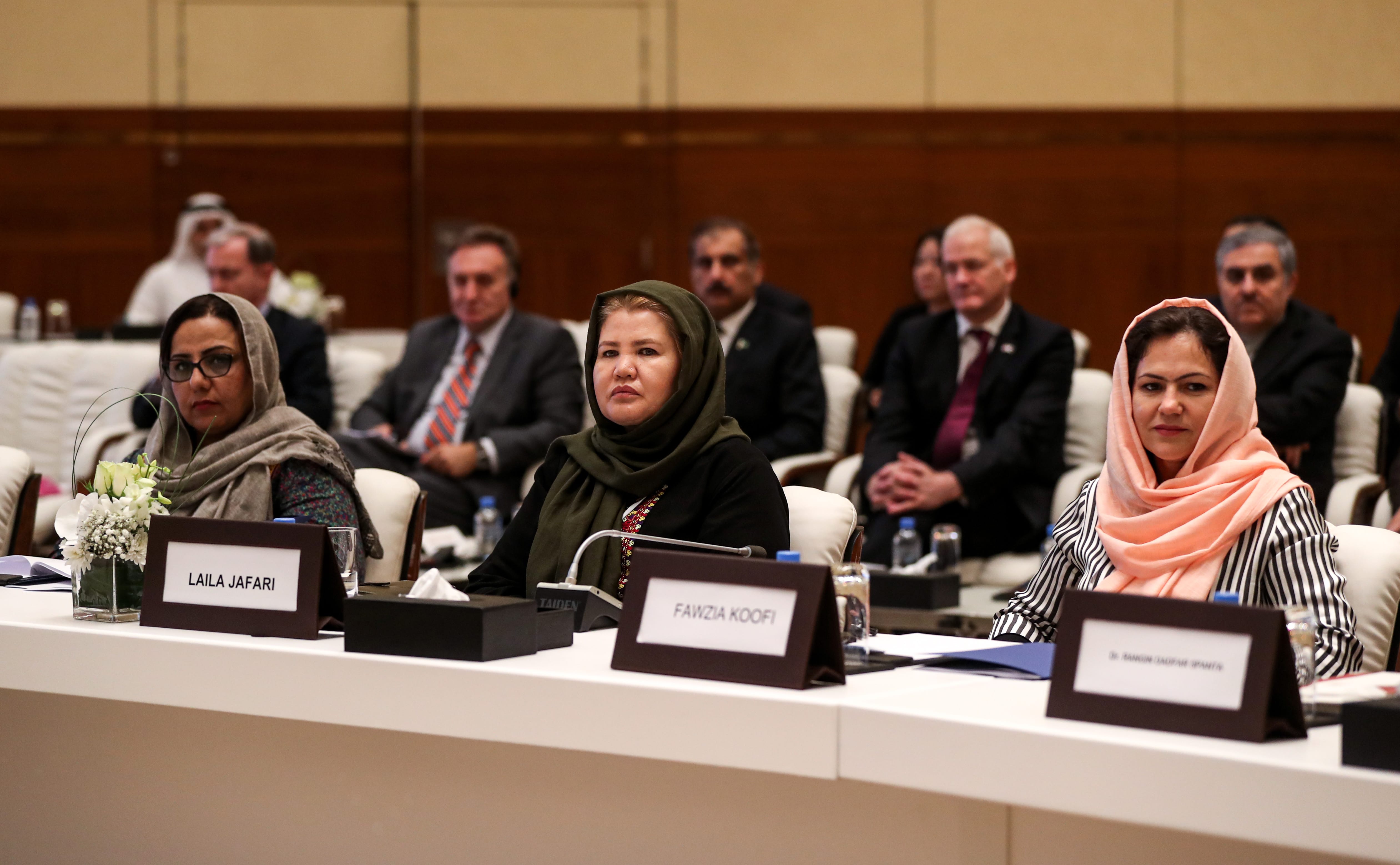 What Will Peace Talks Bode for Afghan Women?

This is the third in a series of three briefing notes that discuss and analyse the nascent peace process in Afghanistan while focusing on frequently raised questions.

On 29 February, the Taliban and the U.S. signed an agreement that commits the U.S. to a fourteen-month phased withdrawal of military forces in exchange for Taliban commitments to prevent Afghanistan from being used as a safe harbour for terrorists. The agreement also obligates the Taliban to commence peace negotiations with the Afghan government and other Afghan power brokers. This breakthrough comes after a decade of on-and-off U.S. and other efforts to catalyse a peace process, throughout which many have raised serious concerns about the risk that legitimising the Taliban and returning them to some degree of political power in Afghanistan would subject Afghan women once again to forms of oppression and exclusion that they endured during Taliban rule in the 1990s.

Afghan Women and Peace with the Taliban

Negotiating an end to the war in Afghanistan will require compromises. But which compromises? What might be sacrificed? Does making a deal with a conservative religious movement mean selling out human rights, including women’s rights? CRISISGROUP
As with other topics for negotiation, neither side is in a strong enough position in the conflict to dictate its stance on women’s rights in a political settlement.

The short answer is yes. The Taliban have views about women’s rights and status that are different from those of the Afghan government’s current leadership, so any agreement that gives the Taliban a share of power in Kabul will probably result in some degree of degradation in how women’s rights are defined and protected. Difficult talks on this issue should be anticipated as part of intra-Afghan negotiations that bring together the warring parties. As with other topics for negotiation, neither side is in a strong enough position in the conflict to dictate its stance on women’s rights in a political settlement. It is plausible that a negotiated outcome on issues affecting women would reflect the middle ground between the Taliban and those who will advocate for preserving existing protections or would be vague enough to permit differing interpretations.

The Taliban do not, however, seem to have fully formed positions about how precisely they would approach women’s rights if they return to government. On the one hand, Taliban officials have consistently told Crisis Group (and others) that they do not seek a return to the past and would not try to reimpose the rules enforced by their former Ministry for the Propagation of Virtue and the Prevention of Vice. A Taliban official said, “Many negative things within the Taliban definitely need reforming, such as the rigid rules”. On the other hand, the Taliban have avoided specifying which of their old rules could be relaxed and which parts of the current legal order they consider un-Islamic by their strict interpretations.

Occasionally the Taliban have expressed views on some specific limitations on women’s roles; during a 2019 intra-Afghan dialogue, for instance, one Taliban representative reportedly told a female participant that a woman could be prime minister of a future Afghan government but not president or a judge. Nevertheless, the Taliban overall have projected an ambiguous posture on women’s issues. They have said women should continue to enjoy rights to education and work so long as those rights are consistent with Islamic law and Afghan culture, without spelling out how such restrictions would limit women’s rights compared with the status quo. Based on Crisis Group discussions with Taliban figures at various levels of seniority, this posture is not only a bargaining tactic on the insurgents’ part; rather, it also appears to reflect a lack of well-defined Taliban policy.

Whatever deal emerges from negotiations among Afghans may be constrained somewhat by the fact that their country remains dependent on foreign aid, including from donor governments that will prioritise enduring protection of women’s rights. The Afghan government collects only $2.5 billion per year in revenue while spending $11 billion, and its expenses are projected to remain at similar levels in the coming years. In discussions with Crisis Group, Taliban officials have expressed hope of negotiating peace in a way that avoids a disastrous aid cutoff, but it remains unclear if they could or would meet donor requirements on gender and other rights and governance issues.

Shaharzad Akbar, head of the Afghanistan Independent Human Rights Commission, told Crisis Group that peace will require compromise on both sides. She noted that the Taliban will face pressure at the negotiating table to offer assurances on issues such as women’s and minority rights as well as freedom of speech; conversely, she predicted, the other side in the negotiations may need to concede some fundamental changes in the nature of the Afghan state and constitutional order. “Everything will be on the table”, she predicted.

Neither side will enjoy control over the process and questions about women’s rights will likely be the subject of tough negotiations. 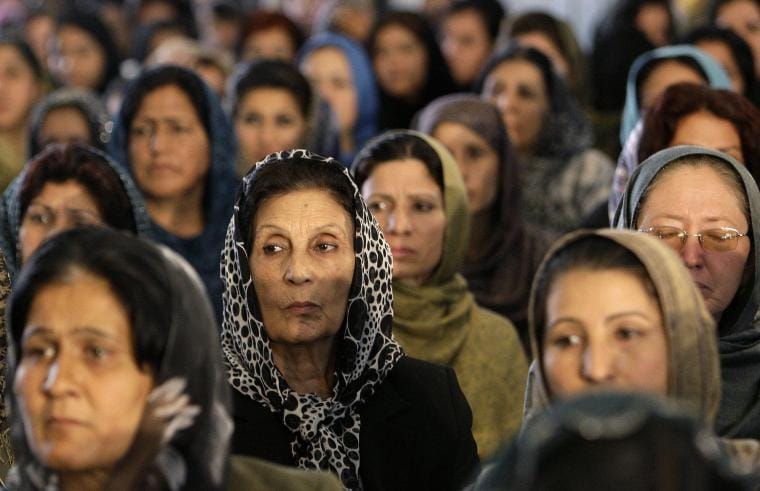 Despite the evident risks, the specific outcome of a peace process on women’s rights and related issues cannot be precisely forecast. Neither side will enjoy control over the process and questions about women’s rights will likely be the subject of tough negotiations. Negotiations will take place under the influence of strong advocacy for women’s rights on the part of some participants as well as some groups and individuals outside the circle of negotiators. The danger that compromise language in a peace accord could be vague and that real determination of women’s status and opportunities might be left to the vagaries of implementation means that those who support strong protection of women’s rights will need to negotiate every possible advantage at the peace table itself.

Since 2002, Afghanistan has seen historic advancement of women’s rights, freedoms and achievements – for some. These advances, as Human Rights Watch puts it, are still “partial and fragile”, and women even in government-controlled areas of the country continue to fight for implementation of their legally guaranteed rights. Such guarantees will be debated at the negotiating table, potentially resetting Afghan women’s political struggle. But the social advancements born of this struggle over the past eighteen years cannot be so easily undone by the intra-Afghan talks. A peaceful end to Afghanistan’s conflict could enable this struggle – which would be sure to continue after any negotiated settlement is reached – to extend more broadly throughout the country, including to more women who have lived under the Taliban’s insurgency.

Many women benefited significantly from the freedoms and opportunities they gained after 2001, especially in cities. Improved access to health care more than halved the number of women dying in childbirth. After being largely excluded from public life under the Taliban, women now hold 27 per cent of civil service jobs and quotas have brought a substantial number of women into parliament. Relatively few women had formal schooling under the Taliban, whereas now 100,000 women attend university and 3.5 million girls are enrolled in school.

The benefits have not been entirely limited to government-controlled areas. Many of those 3.5 million girls attend classes in Taliban-controlled parts of the country. The Taliban’s earlier dictates forbade instruction on “Muslim women’s improper liberation”, but in the last ten years the Taliban have adopted and enforced a formal policy endorsing girls’ education. In practice, girls’ education often stops at puberty in Taliban territory, though the Taliban’s strict edicts have given way in many respects to prevailing local norms.

It is important to note that Afghan women have complex and mixed views of the Taliban and its record. During the 1990s, the Taliban sought to impose one of the most severe regimes of gender segregation anywhere in the world, banning women from leaving homes without a male chaperone, limiting girls’ access to education, imposing a strict dress code, and inflicting harsh punishments like stoning that nearly all Muslim-majority countries upholding some form of Islamic law have dispensed with.

Nevertheless, some women do not regard the Taliban as enemies, although it is difficult to ascertain how many given that as much as 76 per cent of the country’s women are estimated to live in rural areas, a population that lacks the same platforms for expression as educated urban Afghans and is less accessible to researchers and journalists. Some Afghan women credited the Taliban with imposing order in the mid-1990s and reducing the widespread sexual and gender-based violence of the preceding civil wars. Moreover, an unknown number of women have supported the Taliban – sometimes actively, in roles as spies, smugglers, couriers, medics, logisticians and recruiters – though it is difficult to gauge how much choice women have had in offering this support.

Some women living in Taliban-controlled areas today, when it is possible to research their views, continue to credit the group for providing security. But even some who appreciate the Taliban’s imposition of order condemn the group for its effective banishment of women from public life and its stark diminishment of women’s legal status.

Some Afghan women are voicing fears that the negotiations may result in restoration of the Taliban’s old rules from the 1990s.

Now that the peace process has raised the prospect of Taliban returning to some degree of national power, some Afghan women are voicing fears that the negotiations may result in restoration of the Taliban’s old rules from the 1990s. Other Afghan women have countered that the country’s war-torn status quo is unacceptable and that talking to the Taliban is the only way to achieve a desperately needed peace.

Afghan women’s views about the potential gains from a peace process cover a spectrum of opinion. Urban women tend to be most sceptical about the Taliban entering into mainstream politics. Rural women with whom Crisis Group spoke in recent months often expressed a different view.

During recent Crisis Group interviews in Kandahar province, rural women spoke with urgency about ending the bloodshed, which is greater in rural than in urban areas. After losing so many relatives in the war, one said, rural women feel impatient for the Taliban to reclaim a share of government power, even if that means a return of conservative religious rules. Living under the Taliban insurgency, for many, has also meant economic deprivation and inequality of aid delivery. At the same time, she expressed hope that the Taliban would relax some of the edicts they imposed in the 1990s, such as the requirement that women should be chaperoned in public. Several rural women said they want their daughters to be educated, unlike their mothers and grandmothers. But ultimately, for many women, what is paramount is freedom from the war that has left so many as widows, mourning mothers and with lives molded by conflict. “Freedom for us means an end to the war, an end to our children and husbands dying”, said a woman from a village north of Kandahar city. Another female villager emphasised to Crisis Group: “Peace is the first thing”.

Are the Taliban Serious about Peace Negotiations?