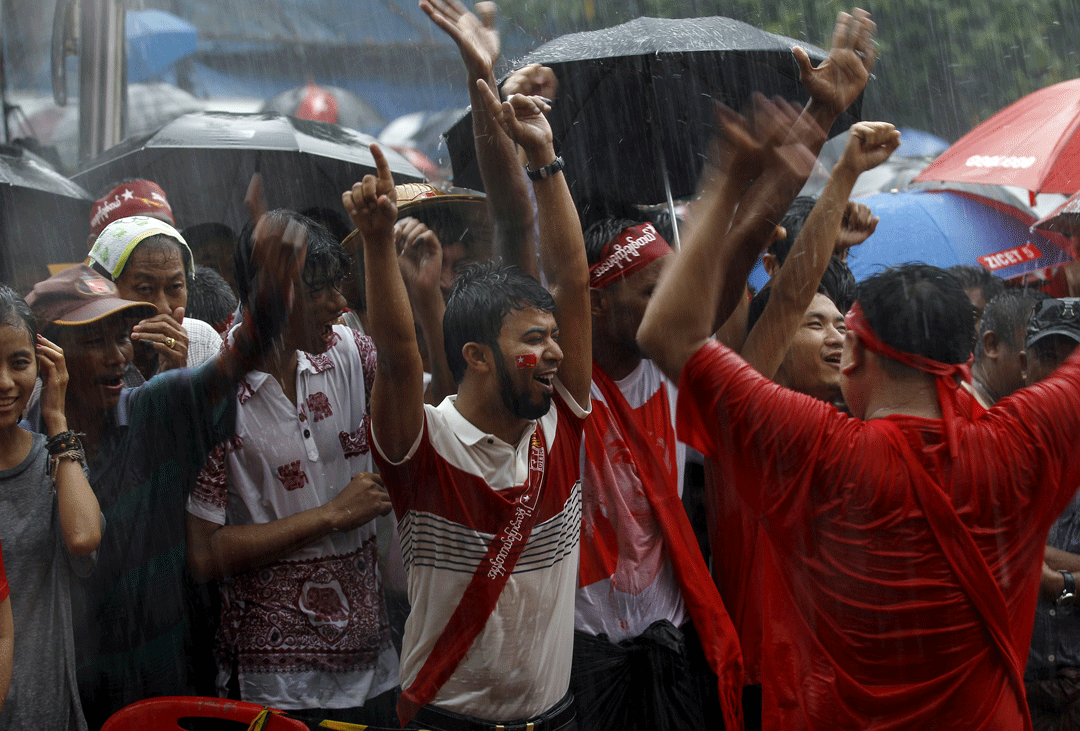 In this Q&A, Crisis Group’s Myanmar adviser Richard Horsey explains the historic significance of the vote and looks ahead at some of the challenges the country faces as it navigates an uneasy transition.

Group: What is your initial assessment of the political situation as election results are coming in?

Richard Horsey: Assuming that nothing happens in the counting and tabulation of results to alter the present positive assessment, this is a remarkable moment for the people of Myanmar. To be able to hold a peaceful, orderly vote in a country with little experience of electoral democracy, with deep political fissures, and with ongoing armed conflict in several areas, is a major achievement for the country as a whole.

Turnout was reportedly very high. The capacity of the Union Election Commission has clearly been stretched, but it managed mostly to keep things together, which is impressive. The initial statements from election observation missions so far have been very positive, indicating that the vote was overwhelmingly peaceful, orderly and free from major issues. It appears that nearly all polling stations opened on time, that voting proceeded in an orderly manner, and that secrecy of the vote was maintained; there was lack of transparency with advance voting, but in most places this does not appear to have affected a large number of votes.

Were there signs of political interference by the military to control the outcome?

There were no signs of serious manipulation, and it was always likely to be spotted if it happened. There was a high degree of transparency, with around 12,000 domestic observers and 1,000 internationals. Party agents were present across the country, and did not have their access restricted – including at polling stations inside military compounds, which had been a concern.

The fact that there are so many observers and greater media freedom is highlighting issues that would probably never have surfaced in the past. Procedural problems were noted in a small number of places, but these were mostly minor. A very small number of more serious irregularities were reported, including the late arrival of advance votes in a few constituencies. Some voters were missing from the voter roll and therefore unable to cast their ballot – a problem widely reported before election day, but which only seems to have impacted a small proportion of polling stations.

With 25 per cent of parliamentary seats reserved for the military, what would even the most sweeping victory for the NLD achieve?

NLD leader Aung San Suu Kyi provided some hints at a press conference last Thursday as to how she would wield her party’s mandate. Whereas she had earlier encouraged her candidates and party members to show restraint and humility in the face of victory, last week she sounded very much like a leader in waiting. Suu Kyi told journalists that she would run the country if the NLD wins, despite a constitutional provision that bars her from becoming president. She said that she would be “above the president”. However, Section 58 of the constitution states that there cannot be anyone above the president.

Of course, there are now nearly five months before power is transferred to the new administration, and that gives a lot of time to work out how the NLD and the military are going to work together. If Suu Kyi works at building those relationships and reassures the military that she’s going to work with them, there is no reason for confrontation between the two. If, however, she focuses on pushing constitutional change and on trying to leverage her popular mandate to challenge the military’s position, there could be trouble ahead.