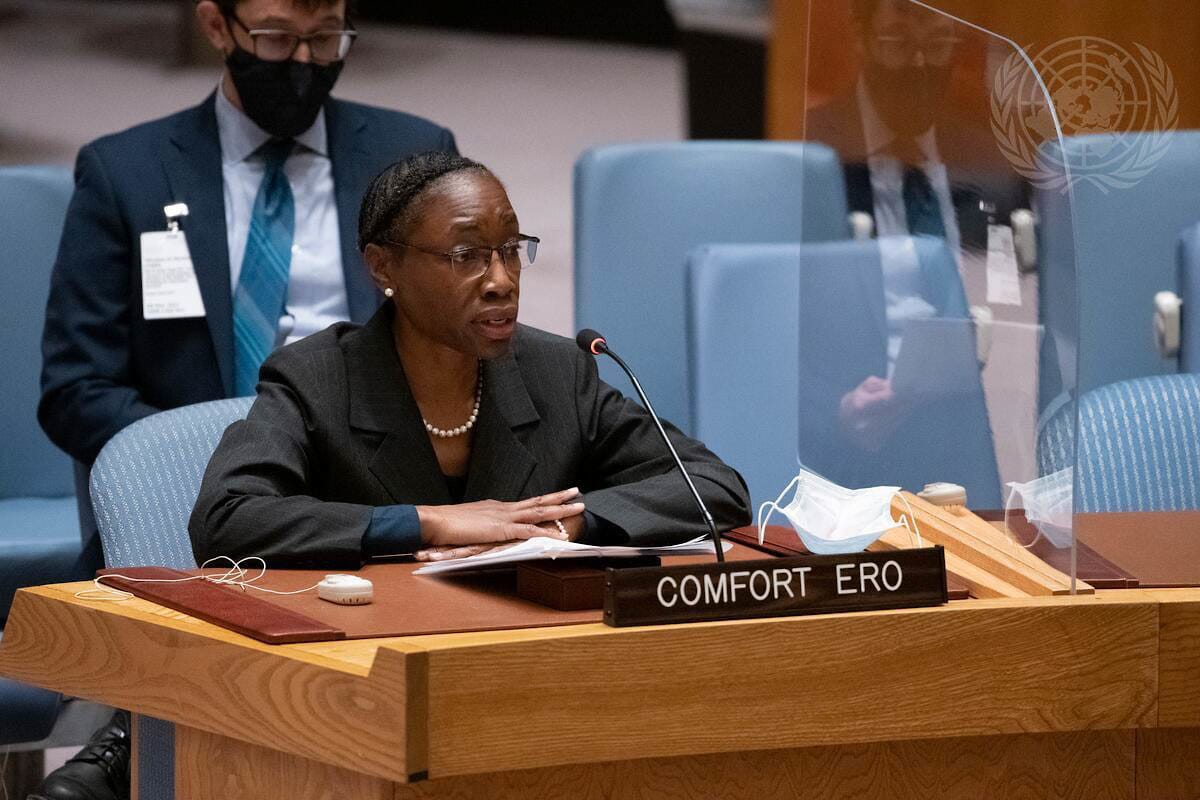 The International Crisis Group is pleased to announce that Dr Comfort Ero will be the organisation’s next President & Chief Executive Officer.

Dr Ero, currently Africa Program Director and Interim Vice President, will assume office immediately after an extensive year-long search to fill the position formerly held by Rob Malley, who joined the Biden administration as Special Envoy to Iran in January 2021.

“It’s an honour and a privilege to be leading Crisis Group, an organisation that I’ve always cherished and have held in high regard since its founding in 1995 and which has played a central role in who I am today. Our mandate of preventing conflict and saving lives is a personal one and I am committed to continuing our work of ensuring that perspectives from conflict affected countries are heard”, Dr Ero said.

Dr Ero has come up through the ranks of Crisis Group, from Project Director to President. She joined the organisation in 2001 as West Africa Project Director (2001-2004) returning in 2011, as Africa Program Director and has served the past 11 months as Interim Vice President. Dr Ero has spent her entire career working in or on conflict-affected countries. In between her two tenures at Crisis Group, she served as Deputy Africa Program Director for the International Centre for Transitional Justice (2008-2010) and, prior to that, Political Affairs Officer and Policy Advisor to the Special Representative of the Secretary-General, UN Mission in Liberia (2004-2007). She has a PhD from the London School of Economics, University of London. Dr Ero is also the Chair of the Board of the Rift Valley Institute and sits on the editorial board of various journals, including International Peacekeeping.

Frank Giustra, Crisis Group’s Board Co-Chair said, “Comfort is an inspiring leader. I’ve long admired how she advocates for Crisis Group’s vital role in saving lives and livelihoods. She has a bold vision for Crisis Group and I look forward to working with her to realise it”.

“At a time when Crisis Group’s impartial analysis and recommendations are needed more than ever, Comfort is the right choice to be our next President & CEO. She has a long track record of convincing policymakers of the human cost of inaction”, said Susana Malcorra, Crisis Group’s Board Co-Chair.