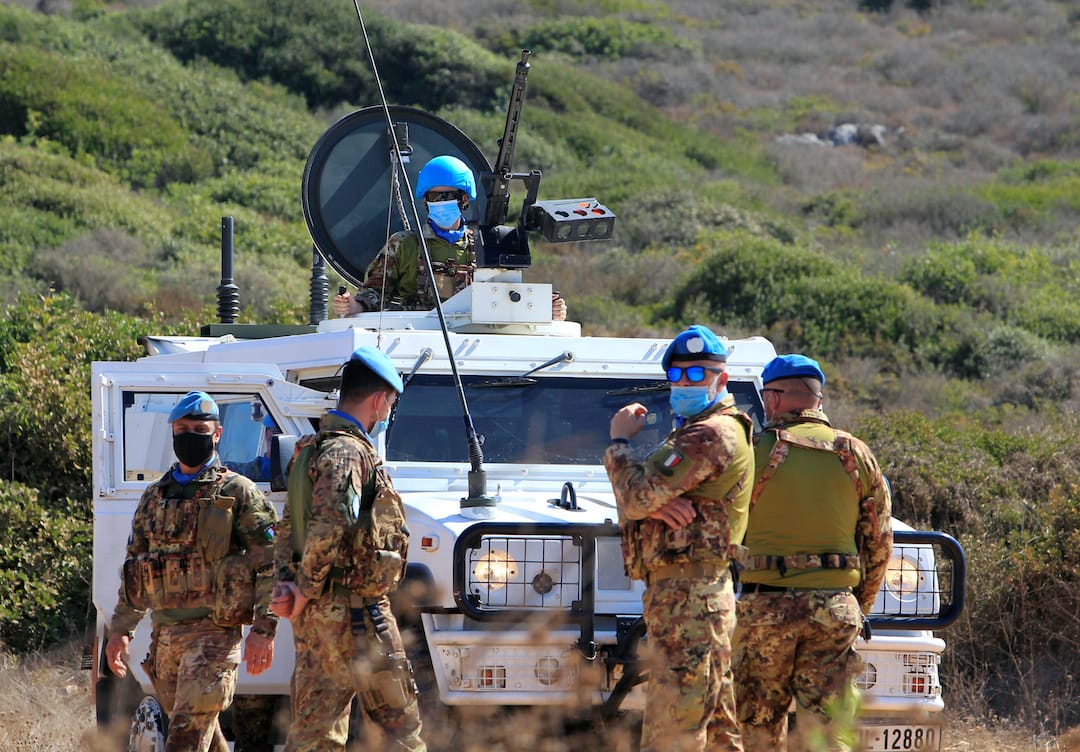 This is an edited version of remarks originally given to a roundtable on “The Geostrategic Environment and International Responses to Conflict” organised by the UN Department of Peace Operations on 25 November 2020.

This intervention will raise (and try to answer) two main questions. How will mounting tensions between the five permanent members of the Security Council (the “P5”) affect the future of UN peace operations? And, if the council is unable to act on a growing number of crises, are regional and sub-regional organisations’ missions “the future” of crisis response?

The role of the P5

At first glance, the most obvious geostrategic challenge to the future of UN peace operations is the high level of tension among the P5 in the Security Council. We have seen a decade of friction between Russia and the U.S., UK and France (the “P3”) over Syria and other crises; a more recent increase in tensions between the U.S. and China, most notably over COVID-19; and frequent bickering between the U.S. and France over peacekeeping in the Sahel and Lebanon.

The impact of these tensions on UN peace operations to date has, however, been mixed.

In negotiations on most existing peace operations – especially in Africa – the P5 continue to keep their disagreements within limits. While China and Russia frequently differ with the P3 over how the UN should approach South Sudan or the Central African Republic, for example, they avoid using their vetoes in such debates. Within the P3, the U.S and France have had a series of deep disagreements over how to manage conflict in Mali and the Sahel, yet always found ways to reach agreement on the mandate for the UN Stabilization Mission in Mali (MINUSMA). And while the U.S. threatened to veto the continuation of the 40-year-old blue helmet mission in Lebanon (UNIFIL) this summer, citing its failure to challenge Hizbollah, it soon backed off.

At a more technical level, China and Russia frequently question the human rights provisions and other ostensibly “Western” aspects of UN mandates – such as a commitment to the Women, Peace and Security agenda – but these differences rarely lead to major deadlocks in New York.

Nonetheless, differences among the P5 can limit UN options in some cases. This year, China and Russia have backed the Sudanese government in extended talks on the future of UN support to Khartoum, blocking proposals by Britain and Germany to keep a civilian protection presence in Darfur once the current AU-UN mission there (UNAMID) ends – it is set to close on 31 December.

P5 tensions have also effectively ruled out the use of peacekeeping as a conflict resolution tool in a number of geopolitically significant conflicts.

On the strategic level, P5 tensions have also effectively ruled out the use of peacekeeping as a conflict resolution tool in a number of geopolitically significant conflicts. Reasonably well-developed UN plans for a blue helmet mission in Syria in 2013-2015 proved politically infeasible. Despite some serious discussions between Russian and U.S. officials in 2017-2018, the idea of a UN operation in eastern Ukraine also went nowhere, while sporadic suggestions of a fully fledged blue helmet mission in Libya rose and sunk without trace. In all these cases there were potential operational obstacles to peacekeeping deployments – not least the likely threats to UN personnel from spoilers – but big power politics was clearly a key factor.

It is also worth noting that, even if the P5 do still tend to cooperate on existing peace operations, this cooperation has not fostered any broader sense of strategic comity among them. Five to ten years ago, Chinese and Western analysts suggested that Sino-American cooperation around peacekeeping could improve contacts and understanding between the two powers. This has turned out to be deceptive: more strategically decisive issues (such as Taiwan, the South China Sea and nuclear matters) have driven competition between Beijing and Washington, unaffected by their cooperation over peacekeeping.

The P5, with the partial exception of France, also appear sceptical that UN operations have a significant role to play in countering jihadist terrorism – this remains one topic they broadly agree on. While the UN has become embroiled in counter-terrorism operations in Mali and Somalia, P5 members have typically turned to other, sharper (or blunter) tools to deal with al-Qaeda and the Islamic State in the Middle East and other regions, without UN mandates.

Overall, it seems safe to conclude that the P5 can and will remain able to compromise grudgingly over peace operations as responses to what they appear to regard as “second order” conflicts – ie, conflicts that aren’t at the heart of their strategic concerns. But the major powers are unlikely to agree on UN missions in what they see as higher-stakes conflicts. A number of potential shocks and trends could, however, change this picture. If China and the U.S. were to stumble into a conflict over Taiwan or elsewhere in the Asia-Pacific, this could quickly upset cooperation in the Security Council over conflicts where it is now possible.

Given the level of P5 friction, it is natural that the UN has increasingly turned to regional and sub-regional organisations as political partners, leading mediation processes in cases where the UN lacks leverage, and operational partners in cases such as the Sahel.

The UN has increasingly turned to regional and sub-regional organisations as political partners.

The rise of “partnership peacekeeping” has involved inevitable tactical differences and frustrations between UN officials and their regional counterparts. Nonetheless, it has been a positive process overall in terms of political/operational burden sharing. In Africa in particular, there is evidence that regional engagement contributes to the success of political processes, and the UN deserves credit for assisting the evolution of the African Union (AU) as a credible actor.

Yet it is worth emphasising that many of the regional organisations and coalitions with which the UN cooperates remain fragile works in progress. In some cases, these blocs suffer from their own political rifts. In others, they lack operational capacity. And in some regions where the UN still has some purchase, like the Middle East, serious local partners are absent.

Crisis Group has, for example, highlighted a tendency of AU members to “curb, overrule or circumvent” the AU Peace and Security Council (PSC). Recent crises have revealed similar (or worse) levels of political incoherence in other regional organisations. This year’s war over Nagorno-Karabakh has demonstrated the weaknesses of the Organization for Security and Co-operation in Europe and the Syrian war highlighted the ineffectiveness of the Arab League, while the Organization of American States has struggled with the Venezuelan crisis.

Ambitious middle powers, such as Turkey and the Gulf states, have further complicated political dynamics in regions like the Horn of Africa and the Caucasus, sometimes actively aiming to block UN peacemaking efforts and disrupting locally led crisis management.

In operational terms, the UN has witnessed up-close (and been asked to help remedy) the operational weaknesses of regional forces in cases including Mali and the Central African Republic. The current G5 Sahel force demonstrates many of these weaknesses, involving militaries with very different levels of military capabilities, poor human rights records and differing national interests and priorities. Where the UN is asked to serve in parallel or in support of such missions, it takes on significant moral hazards and operational risks, as other speakers today will illustrate.

To raise these concerns is not to suggest that the UN should not invest in partnerships with regional organisations. Despite the moral hazards connected with supporting the G5 Sahel-type entities, I have recently argued with Louise Riis Andersen of the Danish Institute for International Studies that the UN should act as a “hub of conflict expertise” to such missions, bringing expertise on mediation, human rights, logistics and other fields regional actors lack.

As Crisis Group proposed at the start of this year, the Security Council should also settle on a (long-debated) mechanism to provide predictable funds to AU peace operations. While this would involve clearing a number of financial and administrative hurdles, it would be a useful step toward resolving some of the operational gaps that hamper African missions.

What is to be done?

Indeed, if this analysis points to any concrete conclusions and recommendations, they are:

But taking a geostrategic perspective, it is important to be aware of the fragility of regional partners. “Partnership peacekeeping” is not an automatic solution to the difficulties arising from P5 tensions in the Security Council. In some conflicts, neither the UN nor any other multilateral actor will have the will or means to make or keep peace. In an era of geopolitical fragmentation, UN peacemakers, peacekeepers and experts on post-conflict recovery will need to work through a complex and shifting range of institutional channels and partnerships.

Navigating the Storms at the UN Security Council