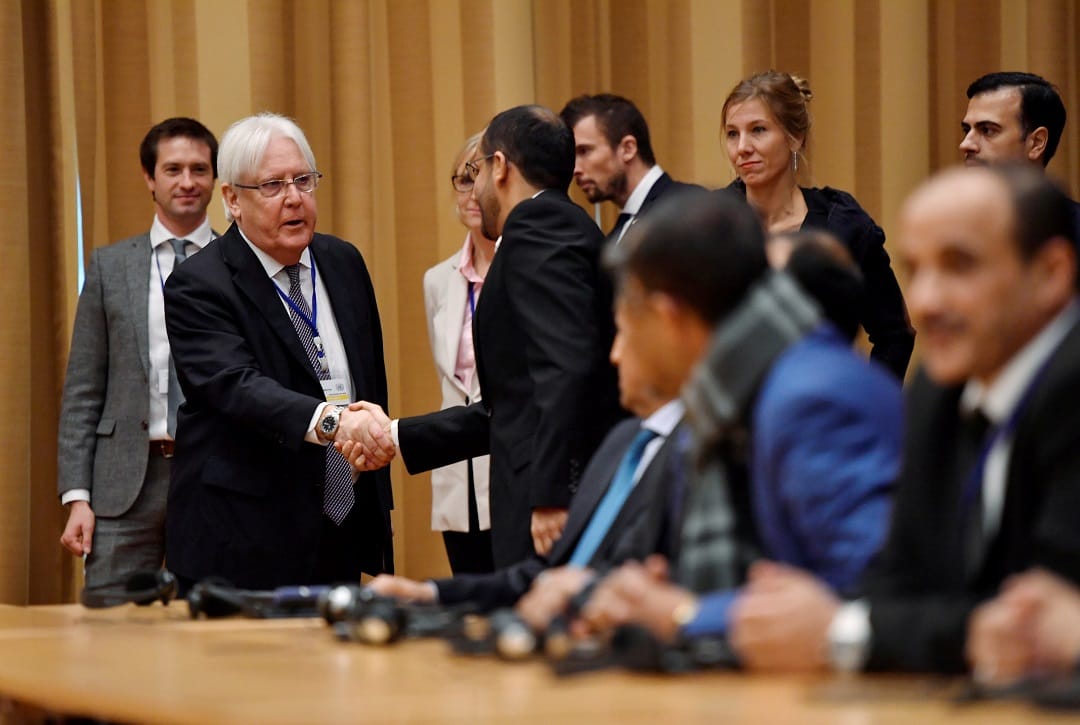 Talks in Sweden between the warring parties in Yemen may be yielding positive results. But the UN Security Council should not wait for an outcome to applaud. It should pass a new resolution now protecting the key port of Hodeida to ward off approaching famine.

The UN special envoy for Yemen, Martin Griffiths, has brought together representatives of the internationally recognised government of President Abed-Rabbo Mansour Hadi and Huthi rebels for a week of daily meetings in Sweden in what he cautiously billed as pre-peace talks consultations. Now there is a possible sign that progress has been achieved: UN Secretary-General António Guterres is scheduled to attend the 13 December closing ceremony. Things could continue to go well, but they could also still go off the rails, either now or in the next few weeks. The UN Security Council should prepare for every eventuality. It should draft a new resolution aimed at stopping a battle for Yemen’s Red Sea port of Hodeida. Such a resolution will either help consolidate gains made in Sweden or prevent backsliding before the next round of talks, tentatively slated for the end of January.

The Security Council held off on voting on a resolution focused on the humanitarian catastrophe in Yemen earlier in December. The stated reason was to give the UN envoy the space he needed to achieve through negotiation what they had planned to accomplish through international writ. Griffiths and his team say they have come close to achieving a deal on Hodeida but may need a little more time to finalise details. Either way – in the event of a deal or a delay – he will need the Council’s help.

The port accounts for an estimated 70 per cent of all food, fuel and medicine shipped into Yemen.

Failure to act on Hodeida at this fragile moment could mean allowing famine to unfold. UN humanitarian agencies are outspoken about how bad the humanitarian situation in Yemen is. The UN reckons that as many as 20 million people are living in pre-famine conditions – with so little food or money to buy it that they are one economic shock away from starvation – while as many as 250,000 are already wasting away.

Huthi rebels have held Hodeida since 2014. The city is now surrounded by fighters backed by a Saudi-led coalition seeking to capture it. The port accounts for an estimated 70 per cent of all food, fuel and medicine shipped into Yemen, a country that is as import-dependent as it is poor. In November, anti-Huthi forces cut off all but one road that connects the city with the Huthi-controlled northern highlands, where the majority of the population resides. More than 10 million of Yemen’s 28 million people depend almost entirely on Hodeida for staples like bread and rice. The humanitarian fallout of the port’s loss would be cataclysmic.

The Saudi-led coalition’s rationale for an attack on Hodeida is clear. It has concluded that capturing the port is the only way to force the Huthis into settling for a compromise by which the rebels would hand over territory and heavy weapons in exchange for a say in the country’s future government. The coalition calculates that if it takes the port, it will deliver a symbolically powerful blow to the Huthis, cut off a major source of the rebellion’s revenue (through customs fees) and shift the narrative on a war that many have long considered a stalemate. It believes that the Huthis would suffer a defeat so severe that they would feel compelled to sue for peace on the coalition’s terms.

That logic may sound straightforward but it is likely flawed. The coalition may well be both overestimating the mettle of the Yemeni forces it oversees and underestimating the Huthis’ resilience. It may also not recognise the operation’s probable human cost: coalition officials are betting on a quick win, after which they say they will let goods enter the country for onward shipment into Huthi-held areas; if the Huthis block these goods, the responsibility for famine would fall on them, not the coalition.

The loss of Hodeida can only precipitate mass starvation among a population that already is severely malnourished.

But the Huthis have proven to be a far more effective fighting force than the coalition-backed Yemenis. The rebels demonstrated their prowess in lightning raids from hills overlooking open terrain on the low-lying coast; in the hills, they found not only the higher ground but also a shield from the coalition’s aerial firepower. The Huthis are deft practitioners of asymmetrical warfare, trained as some of their commanders reportedly are by Lebanese Hizbollah, which steeled itself in combat in Lebanon and Syria.

It is thus likely that a fight for the city would incapacitate the port for an extended period, during which no ship would be able to enter or leave Hodeida, and no insurer would place its money on a cargo company willing to defy the odds, even if the port remained open. The loss of Hodeida can only precipitate mass starvation among a population that already is severely malnourished. When, in 2017, the Saudi-led coalition used naval power to blockade Hodeida for several weeks, food prices increased by 20 per cent while fuel prices in some parts of the country doubled, precipitating the current humanitarian crisis. World opinion could very well hold the coalition responsible for deepening the suffering.

The last problem with the coalition’s logic is that, even if it eventually prevails in a battle for Hodeida, the rebels may not see losing the port as the end of their prospects. Their military leadership may still be determined to hold on to the country’s mountainous heartland, including the capital, Sanaa.

The UN has been overseeing talks in Sweden between the Huthis and the Hadi government since 6 December. Hodeida has been at the centre of these discussions, which have achieved progress on a plan that would see the Huthis hand over the port to the UN and placed under joint management. But fine-tuning details and getting both sides to agree on a final deal may take longer than the announced cutoff date for the talks – 13 December – allows for.

The UN is likely to soon announce a new round of talks, with a possible late January start date. Some diplomats think that the prospect of continued diplomacy will suffice to persuade the coalition to delay a final Hodeida offensive, and that Guterres’ presence will underscore how important the UN thinks the talks are. But many things could go wrong between mid-December and late January, even if the UN announces a preliminary deal in Sweden. The Huthis, the coalition and the Hadi government all have plausible incentives to derail the process by sparking a battle for Hodeida. Huthi military hardliners may oppose a deal and want to fight on; the coalition may wish to change the facts on the ground before a new U.S. Congress with a Democratic majority in the House of Representatives is seated in January; and the Hadi government may find the Hodeida compromise impossible to stomach.

The Security Council should therefore act expeditiously to minimise the risk of a fight for Hodeida while supporting Griffiths’ peace plan. Since October, the UK, the “penholder” responsible for shepherding all Security Council statements on Yemen, has been drafting a resolution that would call for a permanent ceasefire in Hodeida and demand that all parties to the conflict protect vital civilian infrastructure and commercial corridors. The draft resolution should not be controversial: the UK took much of its language from a list of “asks” from the UN humanitarian chief, Mark Lowcock, who has sounded the alarm about impending famine in Yemen. The draft has since been revised to include a call for a cessation of hostilities around Hodeida.

The Security Council faces a clear choice: act now to prevent famine and support the peace process, or delay and assume responsibility for humanitarian disaster.

A vote on the resolution has been delayed repeatedly, most importantly by the U.S., which argued in the run-up to the Sweden talks that a resolution would ease pressure on the Huthis. Diplomats at the UN in New York now worry that Washington may attempt to stall debate on the resolution further, perhaps until the new year. The positive noises emanating from Sweden may lull other Security Council members into a false sense of security. But there is still a small window to demonstrate international resolve on preventing further violence in Hodeida.

Griffiths will update the Security Council on his plans on 14 December, and the UK now says it will push for a vote on the resolution by the end of the following week. The Security Council faces a clear choice: act now to prevent famine and support the peace process, or delay and assume responsibility for humanitarian disaster, undermining the UN’s credibility, already damaged by the Syria fiasco, with its inaction. If negotiators announce an agreement on Hodeida at the conclusion of the Sweden talks, the Security Council should endorse it publicly; and if no deal is forthcoming, it should move promptly to protect the port and city.

How to Halt Yemen’s Slide into Famine