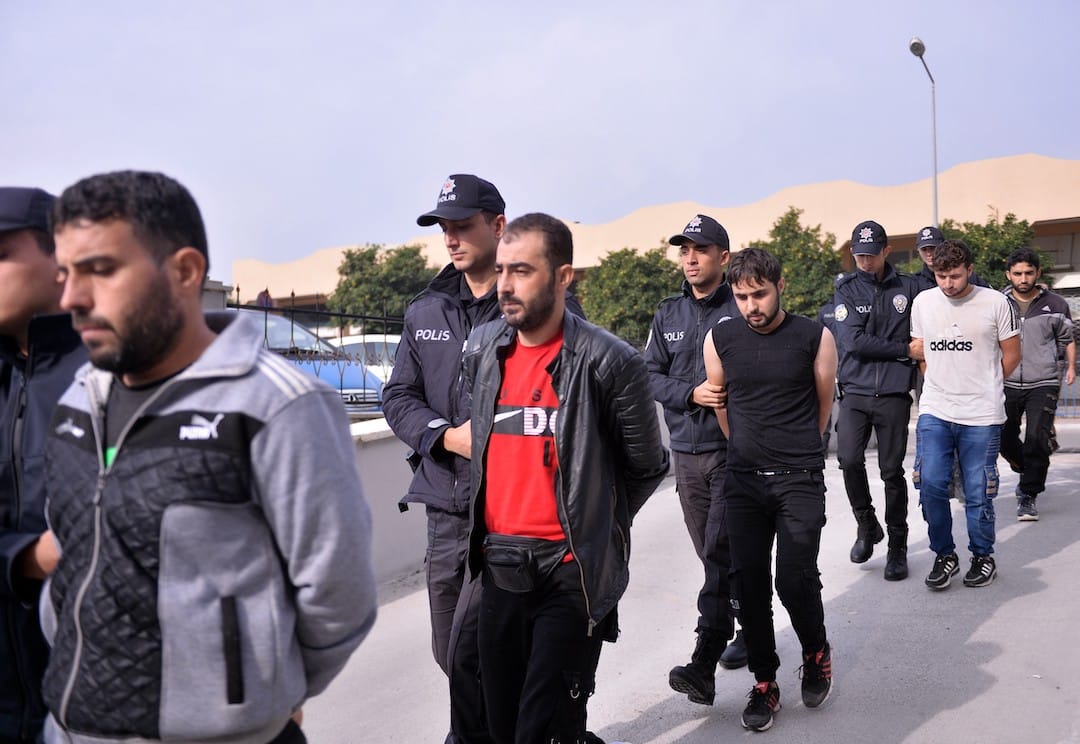 13 people, taken under custody for their suspected links to the terrorist organization Daesh, are sent to court beside an accused, captured in an operation carried out by Turkish National Intelligence and Provincial Security Directorate, in Mersin, Turkey Sezgin Pancar Anadolu Agency via AFP
Chronology 29 June 2020

A Timeline of ISIS Attacks in Turkey and Corresponding Court Cases

* ISIS only claimed the 1 January 2017 shooting attack that killed 39 civilians. The other fifteen attacks were attributed to the group. ISIS also claimed a car bombing in Diyarbakır’s Bağlar district in November 2016, but so did the PKK-affiliated Kurdistan Freedom Falcons. Turkish officials attributed this attack to the PKK and a court case against six accused for PKK-related terrorism charges in connection to the attack is pending.