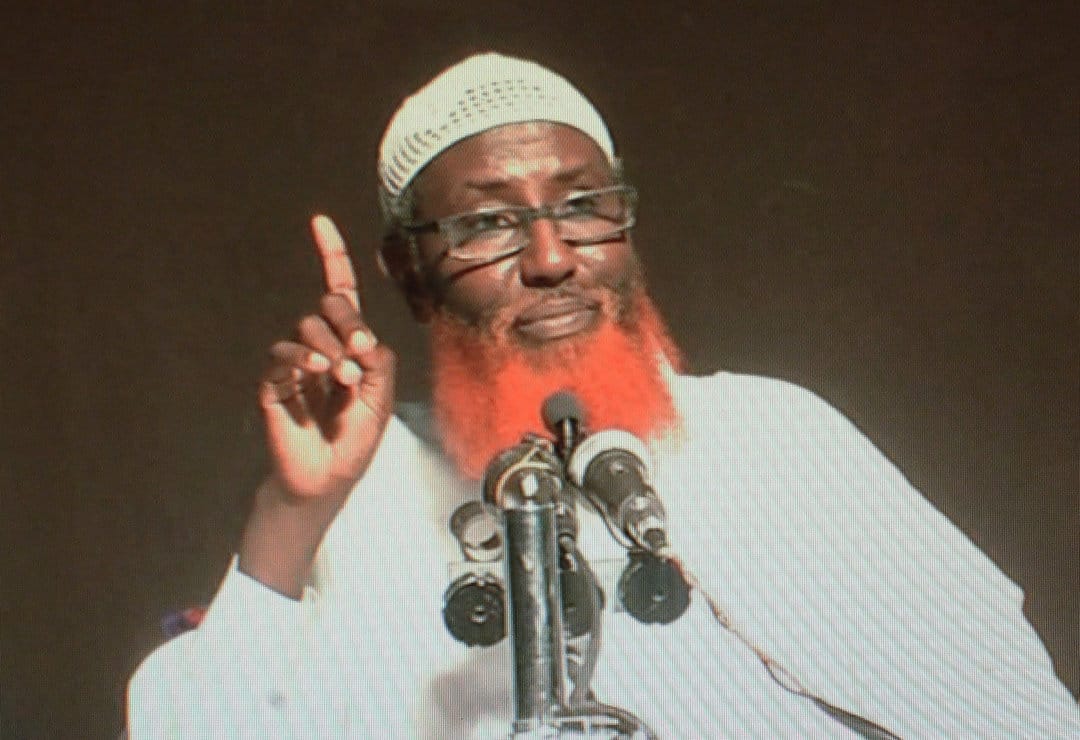 A stretch of Somalia's coast has been seized by Islamic State fighters who split from the country's main jihadist militia Al-Shabaab, which is aligned with Al-Qaeda. A concerted response by the Somali federal authorities is now urgently required to contain the threat.

On 26 October, about more than 50 heavily-armed Somali Islamic State (IS) fighters seized Qandala, a sparsely populated town in Somalia’s Puntland federal state on a rugged mountainous coastal strip overlooking the Gulf of Aden. It was a small, but highly symbolic, step forward for the group and demonstrates again how armed extremists exploit state disorder and local tensions to develop safe havens and rebuild after otherwise debilitating defeats. Unless Puntland treats this threat seriously and resolves internal tensions like that in the Qandala area and conflicts with neighbouring federal states, IS in Somalia could grow in strength and destabilise much larger parts of Somalia.

The takeover of Qandala comes one year after the IS leader in Somalia, Sheikh Abdulqadir Mumin, defected from country’s main Islamist group, Al-Shabaab, which is aligned with al-Qaeda. While Mumin’s pledge of allegiance (bay’a) to IS overall leader Abu Bakr al-Baghdadi failed to split Al-Shabaab, which remains a far larger Islamist insurgent movement and still dominates areas outside government control in South and Central Somalia, it did stir up internal ructions that now threaten to undermine its organisational and ideological cohesion. 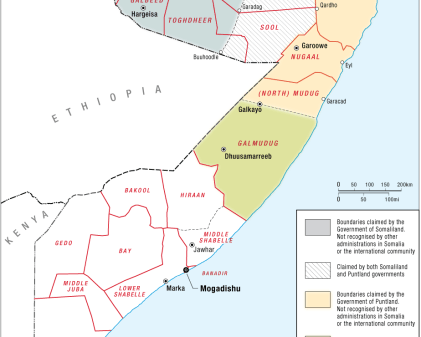 IS’s expansion to Qandala, 75km east of Bosaso, the main port of the Somali federal state of Puntland, wins not just symbolic and propaganda value for the small group, but also the logistical advantages of an outlet to the sea, new financial opportunities and better connections to southern Yemen. However, the move is not without operational risks, considering its limited military capabilities and the superior firepower of the forces arrayed against it. This includes the U.S., which has significantly stepped up its drone strikes across Somalia in recent years.

The emergence of IS factions represents a serious threat to jihadist unity in Somalia – the importance of which was underscored by al-Qaeda’s leader Ayman al-Zawahri last year in the second instalment of his Islamic Spring video series and reiterated by Al-Shabaab’s current Emir Ahmed Diriye “Abu Ubaidah” in his first recorded audio message released in the summer.

Al-Shabaab’s leaders have so far resisted bids by IS to switch their allegiance from al-Qaeda. Al-Shabaab’s security and intelligence wing, Amniyat, has been hard at work quashing IS sympathisers and factions operating in southern Somalia. Many suspected IS supporters have either been arrested or killed, among them the prominent Al-Shabaab commander, Abu Nu’man Sakow. This purge coincided with the Somali Federal Government’s (SFG) own anti-IS sweeps, which led to the arrest of four suspected pro-IS militants operating in Interim South West Federal State in September 2016.

The IS faction’s success in Qandala, in the Bari region, exploits clan grievances and the government’s lack of ability to consolidate its foothold in Puntland since October 2015, when IS leader Mumin went into hiding to begin recruiting and training his IS faction. Qandala is also home to local IS leader Mumin’s clan (Majerteen Ali Saleban), as well as other minority clans increasingly aggrieved by perceived marginalisation by the Puntland government.

The largest active clan militia is led by the former Bari region governor, Abdisamad Mohamed Galan, an outspoken critic of the current Puntland administration. He hails from the same clan family as Sheikh Mumin and enjoys the support of other minority clans. He and other armed clans in the Bari region operate largely outside the control of the Puntland government.

Despite territorial gains in South and Central Somalia, Al-Shabaab has so far also failed to gain a significant foothold in Puntland. In March 2016, Puntland’s local paramilitary “Darawiish” forces, fighting alongside those of the Galmudug Interim Administration (GIA), thwarted an attempt by Al-Shabaab to infiltrate the Mudug coast, inflicting heavy losses. Al-Shabaab was apparently pursuing rival IS-affiliated factions hiding in the Golis Mountains. The following month, IS released a propaganda video showing militants training for combat. Recruitment also increased from around 30 this time last year to roughly 200.

Deteriorating relations between Puntland and the GIA helped enable IS to grow. Both administrations engaged in heavy fighting in the historically divided city of Galkayo in November 2015, and large-scale armed combat resumed in October 2016, killing more than 50 civilians, wounding hundreds and displacing tens of thousands. A new SFG, African Union (AU), UN and European Union (EU) brokered ceasefire agreement was signed in Galkayo on 13 November after a United Arab Emirates-brokered ceasefire collapsed.

Both sides deploy propaganda and disinformation, and accuse each other of supporting Al-Shabaab. In August 2016, the GIA accused Puntland of providing military fatigues to Al-Shabaab, and Puntland accused the GIA of facilitating two deadly Al-Shabaab suicide bomb attacks in Galkayo that killed more than twenty people. The latest fighting was triggered by a September 2016 U.S. airstrike that it admitted killed ten GIA troops. GIA accused Puntland of duping the U.S. into launching the attack.

Puntland’s security forces are now severely overstretched, policing the long frontier with South and Central Somalia, keeping an eye on rebellious clans in Sool and Sanaag (regions also claimed by neighbouring Somaliland), or battling hostile armed groups in Galkayo (against GIA forces), in Galgala Mountains (against Al-Shabaab) and in Qandala (against Galan’s militia).

This turbulence has given IS the space to reorganise and operate more freely than they had before. Mumin was until now a marginal figure, unable to attract a significant following. His bold takeover of Qandala along a strategic stretch of the coastline coincides with the rise of IS in Yemen and is certain to raise his profile and perhaps also his ability to attract recruits and funding.

The prospect of an emboldened IS poses an additional security worry for the authorities in Puntland and the neighbouring states. Such threats can no longer be dismissed as insignificant; a concerted and multi-pronged response by both the federal government and its member states is now urgently required – at the top of which must be a genuine political initiative to address local clan grievances, build inclusive local governance institutions and find a lasting solution to the renewed armed hostilities in Galkayo.

Somalia’s Al-Shabaab Down but Far from Out

Up Next
Briefing / Africa

Puntland’s presidential election, scheduled for January, threatens to exacerbate clan tensions and polarise the population. To keep the regional state on the path of democratisation, deep investment from local, national and international actors will be crucial.

Puntland is the first of Somalia’s federal units to attempt transition from clan-based representation to directly-elected government, but poor preparations and last-minute cancellation of local elections in July underline the challenges of reconciling competing clan interests with a democratic constitution. Cancellation pragmatically averted violence, but societal tensions remain unaddressed. The presidential vote by a clan-selected parliament in January 2014 will thus be fraught. Weak political and judicial institutions will struggle to mediate, risking involvement by partisan arms of the state. Direct elections are no panacea for reducing the conflict risks, but hard-won incremental progress on the constitution and local democratisation must not be abandoned. The cancelled ballot’s lessons should be instructive for promised elections in the rest of Somalia. Better technical preparations matter, but Puntland’s experience shows that donors and other international actors also need to be heedful of local political realities, including support of elites, robustness of institutions and viability of electoral districts.

This case is especially relevant for the projected democratic transition in the rest of Somalia by 2016, to which both the Somalia Federal Government (SFG) and donors, including the UN, are vocally committed. All four of Puntland’s presidents have articulated ambition for constitutional and representative democracy, yet progress has been haphazard. It took eleven years to pass a draft state constitution, a complex, internally disputed process further delayed by the machinations of political elites torn between shoring up a stable regional base and competing for power in Mogadishu.

The clan role remains paramount, but inter- and intra-clan divisions are deep, and successive proposed reconciliation meetings have yet to take place. This reflects both the government’s attempts to influence the process and fundamental disagreements between clans and sub-clans over representation. Territorial disputes with the self- declared Republic of Somaliland in the contested borderlands of Sool and Sanaag continue to affect Puntland’s fragile clan-consensus, especially the representation of Dhulbahante and Warsangeli clans in the new parliament. Elections bring these complex territorial and political issues to the fore, exacerbating clan cleavages and providing opportunities for extremists, as surely will be the case in many other parts of Somalia as well.

To avoid a constitutional crisis and ensure a shift toward a more inclusive system of representation, the Puntland state government should: