North Korea, sometimes referred to as the "Hermit Kingdom", is one of the world's most secluded and isolated countries. Since liberation from Japanese colonial control at the end of World War II, its two leaders, Kim Il-sung and Kim Jong-il have developed far-reaching personality cults. Its seclusior and deliberate secrecy means that little is known about the inner workings of the state.

North Korea is frequently cited as one of the worst, if not the worst, state violators of human rights. The ruling Korean Workers Party is firmly in control of all aspects of life and holds tens of thousands of political prisoners. An all-but collapsed economy led to a devastating famine in the mid 1900s, chronic food shortages and extremely poor living standards. The country's nuclear weapons program has dominated its relationshop with the outside world since the late 1980s and turned the coutnry into an international pariah.

In this interactive, hear from Dan Pinkston, Crisis Group's North East Asia Deputy Project Director, as he describes his visit to North Korea, explore North Korea's history, its quest for a nuclear arsenal and its economy, one of the least open and most centralised in the world. 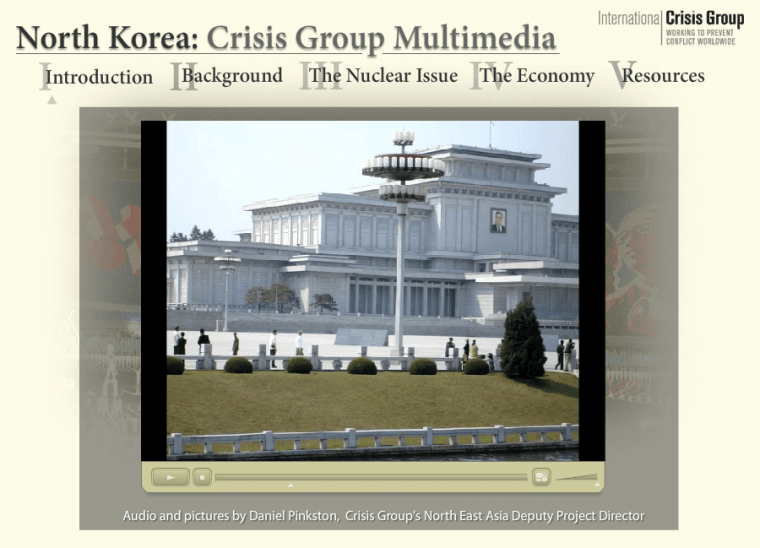