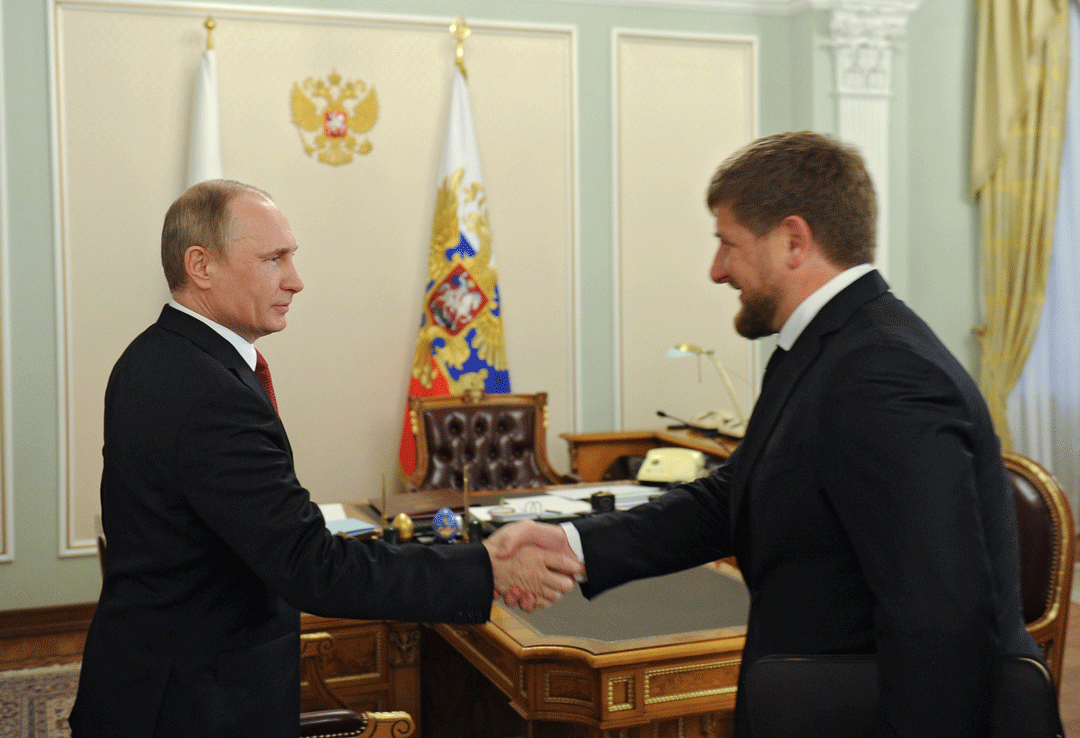 Crisis Group's Russia & North Caucasus Project Director Ekaterina Sokirianskaia discusses the key findings our recently released report, Chechnya: The Inner Abroad, and the future potential for violence that stems from the precarious and asymmetrical relationship between Russia and its small border republic.

Ekaterina Sokirianskaia: It is true that the relationship between Kadyrov and Russian President Vladimir Putin is the key element of the current situation in Chechnya, and that democratisation of Russia is part of the solution of the Chechen conflict. Chechnya is an absolute exception to the rules of the Russian Federation, yet, paradoxically, it also reflects many of Russia’s problems.

Still, change is possible, even with Kadyrov and Putin in power. When it comes to ideology, Vladimir Putin has proved to be a flexible, pragmatic leader. If he feels that democratisation and normalisation of Chechnya will benefit him, he can make that change and achieve significant progress. The Russian government has strong mechanisms available to ensure improvement in Chechnya’s quality of governance, political pluralism and human security. The Chechen leader is deeply dependent on Moscow and is likely to comply with a carefully designed and systematically enforced strategy. Actually, Putin and Kadyrov may be the only ones who can make a transformation work without bloodshed. If change comes after or without them, the process will be more prone to violence.

At the same time, while Crisis Group’s recommendations in the new report are addressed to the current leaderships, we would like this report to contribute to a broader debate in Russia, especially among North Caucasus experts, and those in the Russian establishment who want a more sustainable peace in Chechnya.

How long do you think the current status quo can continue? How big is the actual danger of a violent escalation – in this political setting or in an eventually changed political landscape?

The current model can work only as long as the status quo continues in both the Kremlin and Grozny. If anything changes in either capital, the system is likely to undergo significant transformation that may lead to its collapse. That would almost certainly be followed by violence inside Chechen society – blood feuds are likely to come out of the deep freeze, certain categories of people in power will feel threatened and will try to either flee or find new ways to perpetuate their untouchable status. If under new conditions the elites in Grozny and Moscow cannot reach a consensus, and that will be hard, another full-scale confrontation between them will become a very likely scenario.

Is there any significant opposition to Ramzan Kadyrov in Chechnya?

For the time being, Kadyrov enjoys absolute power in the republic and there is no visible opposition. But if the status quo changes and he loses part of his support from Moscow, serious challenges will come from multiple sources: internal competitors and enemies; people who are strongly opposed to his style of government in Chechnya; nationalist opposition abroad; the Islamist insurgency; and powerful opponents among the Russian security services.

The Crisis Group report says Ramzan Kadyrov’s regime amounts to a personality cult. What purpose does it serve?

The personality cult has a key function because the Chechen conflict has never been resolved. The current leadership was not chosen in free and fair elections, but installed after a political process characterised by open conflict, intimidation and reported mass fraud. There is still strong if quiet dissent among many Chechens at home and abroad, as well as unhealed wounds from the two wars. Kadyrov depends on this constructed positive image to justify, consolidate and legitimise his almost absolute power in the republic.

How do Chechnya’s politics impact daily life and private conversations?

The climate of fear is omnipresent. People are extremely scared of speaking about their problems and prefer not to discuss politics, even with their relatives. During interviews, respondents turned off their phones, insisted on anonymity and allowed no voice recording. Human rights organisations say people fear to report violations. Their pursuit of legal remedies might not only be futile, but they might also face reprisals.

In several cases, people told us their stories, but at the end asked not to quote them or write about them, even if their identity and location were concealed. Two old men came from a distant village and spent two hours telling us what happened to them, but in the end asked us not to mention them in the report. When we asked why they told us all this, they said: “So that you know the truth about what happens here”.

The climate of fear helps the republican authorities keep society under control, so they feed this feeling of insecurity.

What are the long-term risks to Putin and Russia of allowing the status quo to continue?

The majority of the Chechen population live in conditions of acute insecurity, brutal repression, lack of justice and economic hardship. Their frustrations are pushing them to the limit, and when a window of opportunity emerges, they will rebel.

In the rest of Russia, some are increasingly unhappy with the way things are being handled in Chechnya. On one hand, leaders of Chechnya’s neighbours in the Caucasus are jealous of the level of control of the security forces that Kadyrov has achieved. On the other, outspoken Russian nationalists and Cossacks are becoming angry at what they see as Chechnya’s undeserved privileges.

In short, the traumas of Russian-Chechen wars have not healed, there is no genuine political process and reconciliation, and the gulf of hostility and misunderstanding between the two sides is as wide as ever.

How strong is resentment of Putin’s Chechnya policy in Russia’s military and security services, and what impact could this have?

Some influential elements of the security services and officials in federal institutions are very unhappy with the current regime in Chechnya. In recent years, almost all key federal institutions have indicated some degree of dissatisfaction. However, because the presidential administration supports the status quo, this resentment is mostly silent and does not lead to any meaningful discussion about how to improve the situation. However, if there is an evolution in Kremlin these opponents will probably use any opportunity to challenge Kadyrov’s power.

The new Crisis Group report says that Chechen nationalism among anti-Moscow insurgents has been superseded by an ideology of violent jihadism. Reasons it cites for the insurgency’s defeat include the drain of fighters from North Caucasus to Syria and the appeal of the Islamic State. What do you judge to be the long-term impact of these developments?

The strengthened influence of the Islamic State in the North Caucasus may mean that the regional insurgency adopts much more brutal methods, and attracts greater resources and external support. The fact that the security forces may soon be fighting the world’s number one terrorist organisation could justify even more heavy-handed policies and a more brazen culture of impunity.

Still, it is vital to note that right now the Russian government has a window of opportunity, because only a marginal minority of the regional population supports or sympathises with IS. If the security forces change to a more inclusive and empathetic approach, they would have a better chance of winning the local population’s support for their campaign.

What’s actually needed to address the roots of Chechnya’s conflict?

The most prudent response to these multiple risks for all concerned would be for Moscow to initiate measures to bring the conduct of state affairs in Chechnya fully under the Russian constitution and laws; improve the quality of its governance; put an end to parallel economic practices; integrate and control the Chechen security forces; end the impunity with which they operate; and initiate a real strategy of Chechen-Russian reconciliation. This will not be easy, but ignoring the current situation on the assumption that the conflict is solved will likely only exacerbate an eventual new outbreak of violence.

Is there anything the international community can do to help achieve this outcome?

The ability of the international community to influence the situation is limited, but Russia and the rest of the international community share the same interest in preventing jihadi insurgencies and further expansion of the Islamic State. The international community should not turn a blind eye to human rights violations in Chechnya. It should engage in dialogue with the Russian government on ways to improve the rule of law and advance a sustainable political solution in the Chechen republic. The Committee of Ministers of the Council of Europe should closely monitor and engage the Russian government to ensure implementation of European Court of Human Rights rulings on Chechnya cases. 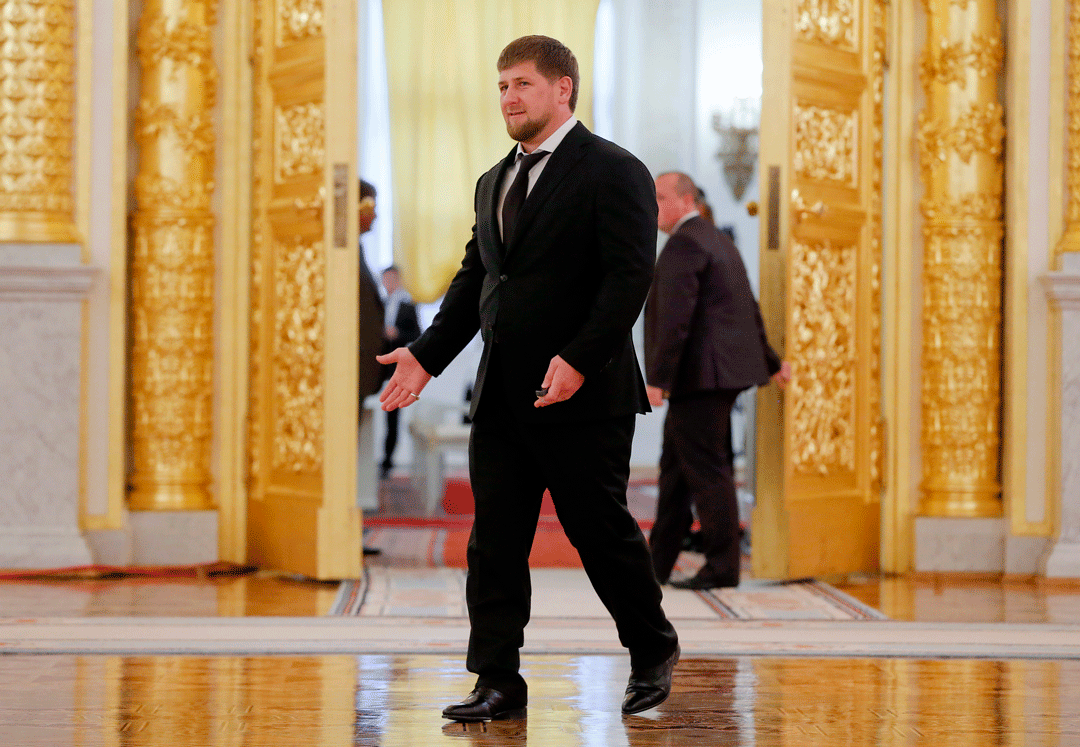 Chechen President Ramzan Kadyrov walks before a meeting of the state council at the Kremlin in Moscow, on 18 September 2014. REUTERS/Maxim Shemetov
Report 236 / Europe & Central Asia 30 June 2015

A powerful propaganda machine promotes the “success story” of today’s Chechnya. But its peace is fragile; government repression is used to keep the people at bay while economic inequality, poor social infrastructure, lack of genuine reconciliation and almost full impunity for past abuses reflect the republic’s daily reality.