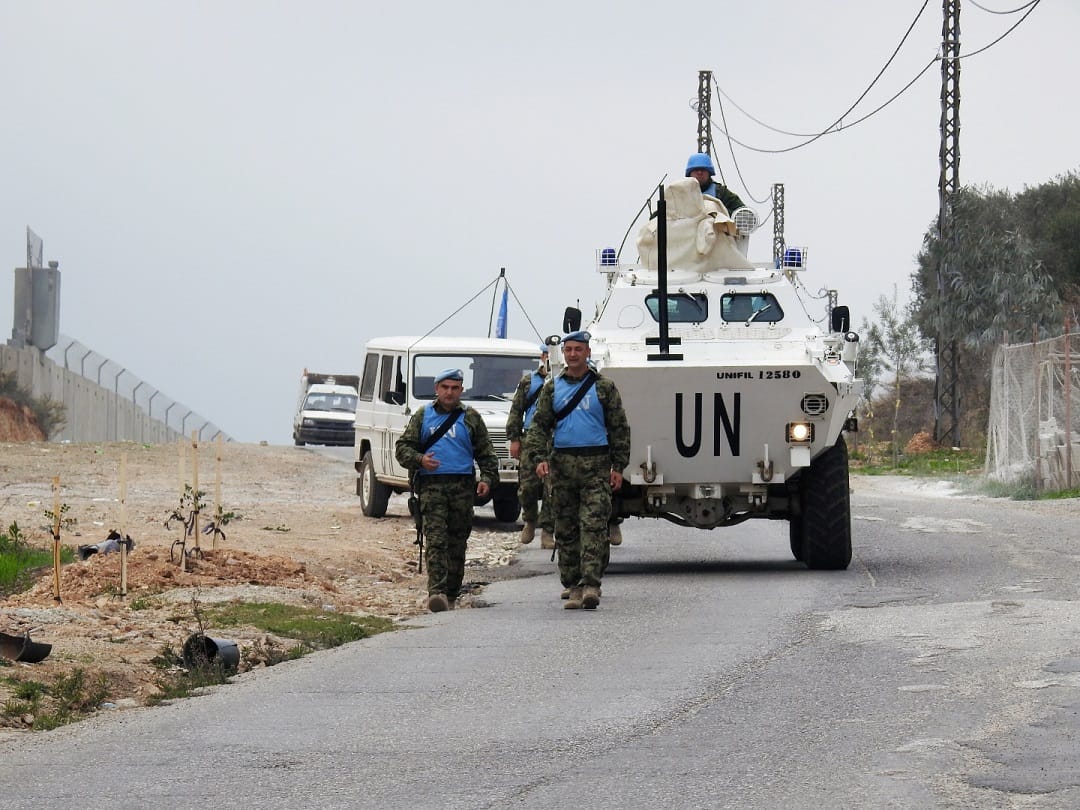 This Friday, the UN hosts the 2019 Peacekeeping Ministerial Conference, an opportunity for politicians and diplomats to fill gaps in blue helmet missions. In this Q&A, Crisis Group’s UN Director Richard Gowan previews the agenda.

What is the point of the conference?

This is the latest edition of a series of conferences that former U.S. President Barack Obama kicked off with other leaders at the UN General Assembly in 2015. Vice President Joe Biden had chaired a trial run the previous year. The basic idea is to get senior figures together to pledge military units, or other forms of help like training, to UN Peacekeeping.

This process was the Obama administration’s response to major gaps in the UN’s forces revealed by crises such as the collapse of South Sudan in 2013. The president used his convening power to get other leaders to pledge high-grade units from advanced militaries that the UN was unlikely to attract otherwise.

The initiative, which included defence minister-level talks in the UK and Canada in 2016 and 2017, has worked quite well. The British sent medics to work with the UN in South Sudan, Portuguese special forces have deployed to the Central African Republic (CAR), and a number of NATO and EU members have sent air assets and intelligence specialists to Mali. Well-established UN contributors, such as Rwanda, have also upgraded the range of forces and types of units – like helicopters – that they offer the UN.

We are likely to see some additional steps in that direction this week. This year’s conference is not quite as high-powered as some of the earlier ones. One hundred and twenty countries will participate, but only half are sending ministers. Nonetheless, there are still countries that want to get involved in blue helmet operations. Mexico, for example, will make its first concrete pledge of a fully-fledged peacekeeping unit this week.

What sort of resources do peacekeepers need?

While peacekeepers often get stereotyped as shambolic and ill-disciplined, the overall picture is actually rather better. Only a limited number of troop contributors – mainly under-resourced African militaries – now consistently deploy ill-equipped or untrained contingents.

These ministerial meetings have helped raise the overall standard of forces. More broadly, the UN is able to be somewhat selective about which troops to deploy, as the total number of peacekeepers worldwide has dropped in recent years. When President Obama hosted his peacekeeping summit in 2015, the organisation was responsible for 105,000 soldiers and police officers worldwide, and UN officials had to scramble to find even quite basic infantry battalions to meet this level of demand. That figure has dropped to 88,000 as missions in places where they are no longer needed, like those in Liberia and Haiti, have closed down. This has allowed the UN to reject particularly ill-prepared contingents. The global number of peacekeepers is likely to drop further – the Security Council is slowly winding down its mission in Darfur, which has been a huge drain on the UN and is now well past its prime.

UN officials also want to use this opportunity to push governments to deploy more female troops and police as peacekeepers.

I facilitated a warm-up conference for this week’s meeting focusing on training peacekeepers in Uruguay last December, and it was striking that major UN troop contributors are working hard to standardise and upgrade deployment systems so that their troops will be attractive candidates for UN missions (a useful source of income for some militaries).

Nonetheless, the UN still has difficulties finding enough troops and military equipment for especially risky missions. Mali, where over 120 personnel have been killed in hostile acts by jihadist insurgents, is the most pressing case. UN officials hope that ministers attending this week’s conference will pledge help on problems like countering roadside bombs for the Mali force. They also need helicopters there, but these aircrafts are perennially difficult to find, and governments often place burdensome caveats on how these costly assets can be used.

UN officials also want to use this opportunity to push governments to deploy more female troops and police as peacekeepers. The UN Secretariat would like to double the number of women in its military and police units. The current figure is under 5 per cent. Defence officials – including Western ones – gripe that this request is unreasonable given the overall lack of women in their forces. But militaries including the Ethiopians, Rwandans, Ghanaians and Tanzanians have made good progress against the UN’s target. Angelina Jolie will be at the UN on Friday to encourage the laggards to do better.

Is the U.S. still a fan of the process?

The Trump administration’s attitude to this Obama legacy initiative is ambiguous. The U.S. is still one of the formal co-conveners of the process. Deputy Secretary of Defense Patrick Shanahan represented Washington at the last meeting in the series in Canada (and his boss, then-Secretary James Mattis, only declined to attend that summit for scheduling reasons). This Friday, the senior American representative will be the Under Secretary of State for Political Affairs, David Hale. He is a highly experienced diplomat, but it is clear that the U.S. interest in the process is down.

That fits with the administration’s broader and growing scepticism toward UN peace operations. The U.S. has been pushing hard for budget cuts to blue helmet missions since President Trump took office. Washington is now reportedly preparing to call for some hefty reductions to the size and budget of the UN mission in Mali, despite its struggle for security.

It is not clear whether Washington’s dislike for peacekeeping is motivated by budgetary concerns, principled aversion for multilateralism or practical doubts about what the UN can achieve – or all three at once. It is fair to point out that, while the Obama initiative may have motivated NATO members to send high-grade units to Mali and South Sudan, neither is close to stable. National Security Advisor John Bolton gave a harsh speech criticising “unproductive” and open-ended UN missions in Africa in December.

If the U.S. is retreating from this process, will other powers replace it?

European countries, which have a direct security interest in the UN managing threats in places like Mali and Lebanon, are taking this conference reasonably seriously. France has pressed its European allies to send personnel to Mali, and French Foreign Minister Jean-Yves Le Drian and his German counterpart Heiko Maas will be in New York. The UK is sending a comparatively junior minister, but London is a little busy with other political concerns right now. British officials thought that their recent deployment in South Sudan was good operational experience, and would like to make another significant contribution to the UN fairly soon.

If Washington’s mounting scepticism toward UN peace operations creates a vacuum, it should not be surprised to see others start to fill it.

But as so often happens when the U.S. steps back from multilateral institutions, eyes will turn to China this week. There are currently 2,500 peacekeepers from the People’s Liberation Army on UN missions, which is 1,000 more than deployments by all the other permanent Security Council members combined. Beijing is not sending a top political figure to this week’s meeting, and may not make any big new pledges. But back in 2015, President Xi Jinping promised to deploy up to 8,000 new troops on UN missions. Chinese and UN officials have taken some time to identify and assess suitable additional units, but this technical process is now largely complete. There is a good chance that the number of Chinese peacekeepers will expand quite considerably in the coming years, and Beijing has signaled that it wants senior UN posts and envoy-ships in recognition of this investment.

That could make the current U.S. administration, which has repeatedly raised concerns about China’s rising influence in international institutions in recent months, uncomfortable.

But if Washington’s mounting scepticism toward UN peace operations creates a vacuum, it should not be surprised to see others start to fill it.

Open Letter to the UN Security Council on Peacekeeping in Mali

Fifteen Points for the New Secretary-General

This week on Hold Your Fire! Richard Atwood is joined by Pekka Haavisto, Finland's Foreign Minister, to talk about the war in Ukraine, the future of Europe’s security architecture and peacemaking in the Horn of Africa and Middle East.

In this episode of Hold Your Fire! Richard Atwood is joined by Finland's Foreign Minister Pekka Haavisto for a wide-ranging discussion on topics ranging from the war in Ukraine to peacemaking efforts in the Horn of Africa and the Middle East. They talk about Western support for Ukraine and the danger that Russia uses nuclear weapons. They discuss the role of diplomacy and prospects for a mediated settlement to the war. They also look at how the Ukraine war has affected popular opinion in Finland, the country’s application for NATO membership and the war’s impact on Europe’s security architecture more broadly. They discuss its global reverberations, including on peacemaking efforts elsewhere and how Western capitals have competed with Russia and China in their efforts to shore up support in the Global South. They discuss crises in the Horn of Africa, Eritrean President Isaias Afwerki’s role in the region and prospects of peace in Ethiopia and Somalia. They also talk about the Israel-Palestine conflict and European policy in the Middle East.

For more on the topics discussed in this episode, check out Crisis Group’s extensive analysis on our website.