Trump may have earned himself goodwill in Israel, but at the cost of inflating annexationist sentiment and stirring trouble at Jerusalem’s Holy Esplanade.

The Israeli government’s reaction has been one of muted celebration, respecting President Trump’s request not to further enflame Palestinian and Arab sentiments. The recognition won praise from Israel’s entire governing coalition and from parts of the opposition. For Prime Minister Benjamin Netanyahu, Trump’s declaration is an achievement that distracts from his political troubles. Isaac Herzog, the opposition’s chairperson in the Knesset, called it “historic justice.” Rabbis spoke of the U.S. president as an agent of divine will, and Zionist thinkers depicted him as a latter-day Lord Balfour.

Those who support annexation of the West Bank now have a tailwind. Their initiatives have been put on hold until Palestinian protests subside, but they soon will resurface. Right-wing Knesset members who long have planned to advance construction between Jerusalem and the neighboring settlement of Maale Adumim—in order to make the contiguity of a future Palestinian state impossible and expand the city’s municipal boundaries—hope the White House will not stand in their way, as previous U.S. administrations have.

Annexationism also has been boosted because, at least for the time being, alarmist predictions regarding Trump’s announcement have not materialized. Assuming they do not, right-wing leaders will continue to raise doubts about other worst-case scenarios presented by their political foes. Some are now daring to ask if Israel could annex some or all of what it calls Judea and Samaria without a third intifada, or if it could get away with erecting a synagogue on the Temple Mount (al-Haram al-Sharif). Israeli assessments of the consequences of Trump’s proclamation likely will have a significant impact on potential Israeli annexationist moves.

Jerusalem recognition aggravated the diplomatic impasse. The PLO now rejects U.S.-mediated negotiations and Israel will not accept another mediator. It suits Netanyahu just fine for White House to see the Palestinian side as the rejectionists. A prolonged diplomatic breakdown will, however, pose a problem for Netanyahu’s plans for rapprochement with the Gulf countries, whose leaders were embarrassed by Trump’s move, at least publicly.

The U.S. proclamation also pours more fuel into already combustible arenas. The first is the Gaza Strip, where against the backdrop of a dire humanitarian crisis, Islamic Jihad and rogue Salafi-jihadi groups are again trading fire with Israel after a long period of quiet. The second is Jerusalem’s Holy Esplanade (Temple Mount/al-Haram al-Sharif), where Temple activist groups increasingly are building cooperative relationships with Israeli police. President Trump did well to affirm the status quo at the holy sites as part of his recognition, but his caution will be for naught should the Israeli police facilitate these activists’ agenda.

There are ample reasons to be doubtful about what the Trump administration’s peace efforts will achieve. He may have earned himself goodwill in Israel, but at the cost of inflating annexationist sentiment and stirring trouble at Jerusalem’s Holy Esplanade.

A Huthi Missile, a Saudi Purge and a Lebanese Resignation Shake the Middle East 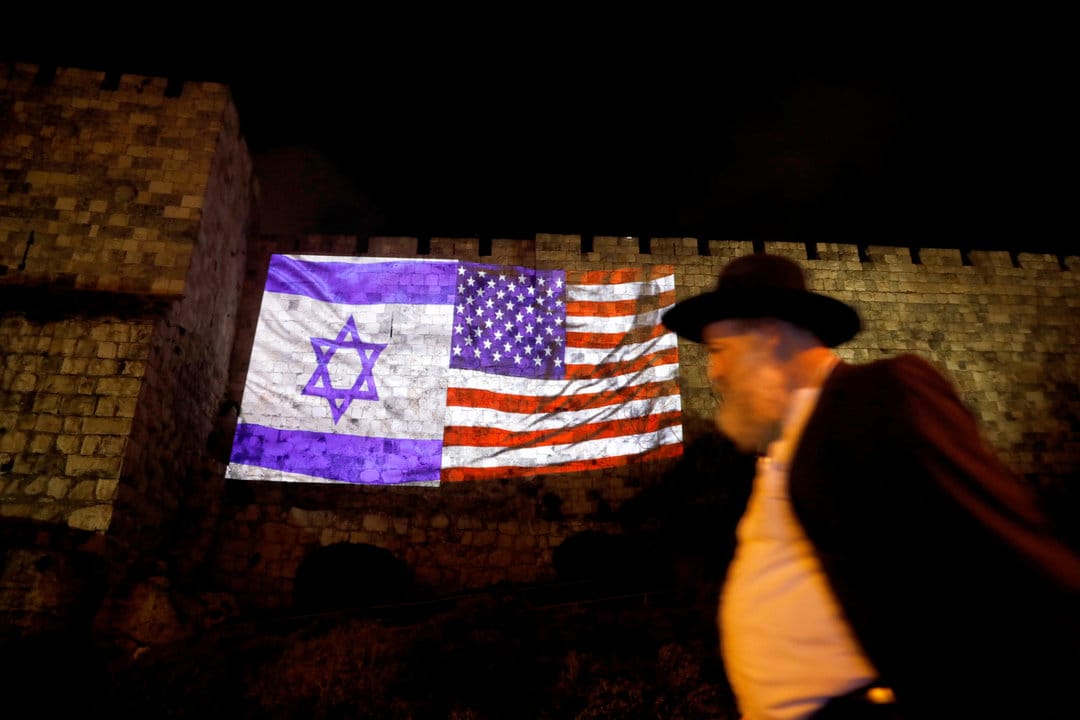 A man walks by as the Israeli national flag and an American one are projected on a part of the walls surrounding Jerusalem's Old City, on 6 December 2017. REUTERS/Ronen Zvulun
Commentary / Middle East & North Africa 07 December 2017

President Donald J. Trump on 6 December 2017 declared U.S. recognition of Jerusalem as Israel’s capital, breaking decades of precedent even while saying the U.S. was not “taking a position of any final status issues”. In this Q&A, Ofer Zalzberg and Nathan Thrall, Senior Analysts for Israel/Palestine, examine what the decision means for Israelis, Palestinians and the future of their conflict.