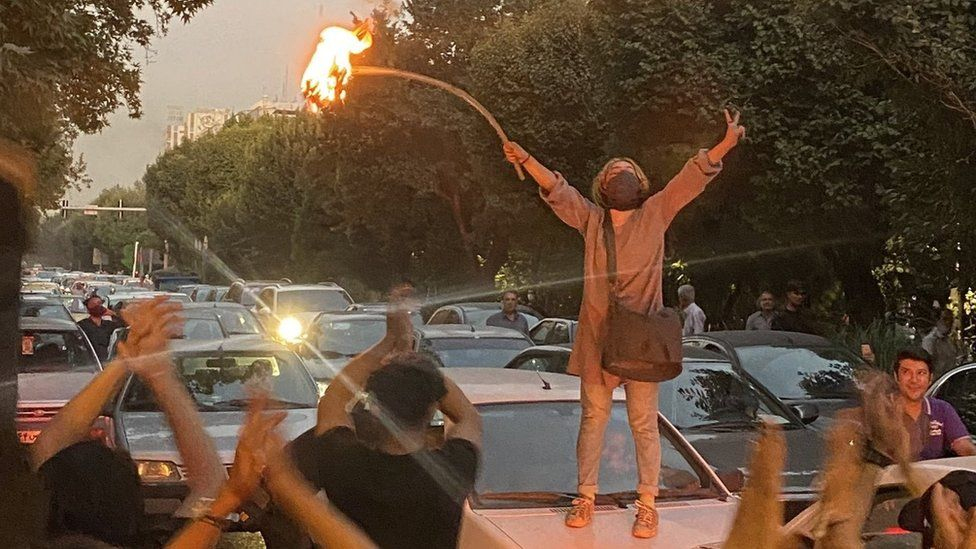 In September 2022, Iranians have taken to the streets nationwide to protest their government’s abuses of power. Once more, the Islamic Republic is responding with further abuse – deploying security forces in droves, limiting access to the internet and blaming foreign instigators for the unrest. The country’s leaders may not be prepared to relinquish all their old ways, but with demonstrations becoming more frequent and more intense, it is past time for them to recognise that their familiar playbook of repressive tactics – designed to create an illusion of security and stability – will provide neither.

The spark for the present turmoil was the death on 16 September of Mahsa (Jhina) Amini, a 22-year-old woman detained days earlier by the morality police for wearing clothing they deemed improper, during a period of heightened enforcement of state-decreed hijab. Police allegedly beat Amini so severely in custody that she was taken to the hospital in a coma. She died in her hospital bed after photographs of her lying there battered and inert had circulated worldwide on social media platforms. The authorities have blamed her passing on a pre-existing condition, a contention that her family vigorously disputes. Since then, protests have spread rapidly throughout the country, with a death toll estimated in double digits and far greater numbers of injured and detained. The tally of victims seems to be rising by the hour. Though the government has drawn a thick veil over Iranian cyberspace, new evidence of its brutal actions keeps filtering through.

The state’s response is in line with its past practices.

The state’s response is in line with its past practices. It has downplayed or dismissed outright the core grievances of citizens, who chafe under social restrictions, economic malaise and a theocratic system bereft of mercy and lacking in accountability. Rather than move an inch in the direction of addressing these issues, the authorities continue to rely on iron-fist intimidation to silence dissent. Calls by the Islamic Revolutionary Guards Corps to deal “decisively” with the demonstrators and ominous rhetoric from hardline media seem to portend an even darker turn in the days ahead.

Having stymied reform for years, the Iranian leadership has turned the country into a tinderbox. They may find that recourse to violence quells this round of protest and buys time until the next standoff between state and society. But over time it will continue to render Iran increasingly vulnerable to the civil strife that has pulled countries in the region like Syria and Yemen into a deadly downward spiral.

On 21 September, in his first speech to the UN General Assembly, President Ebrahim Raisi spoke of global justice. What is unfolding on the streets of Iran demands that justice begin at home. Instead of pursuing a violent clampdown, Iranian authorities should bring those responsible for Mahsa Amini’s horrible death to justice, abolish the morality police and enter a dialogue with civil society to explore other reforms. Tehran’s heavy-handed repression has done little but foment Iranian citizens’ rage: it should offer them reason to hope instead.