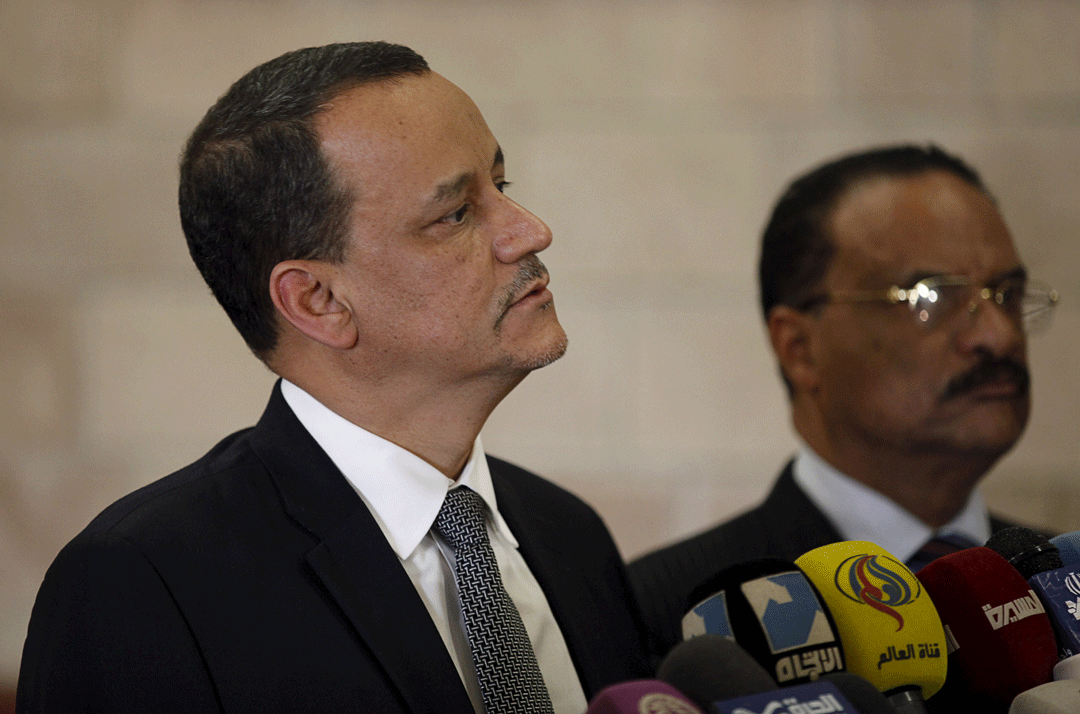 In this Q&A, Crisis Group’s Senior Analyst for the Arabian Peninsula, April Longley Alley, assesses what can be expected from the UN peace talks in Kuwait.

Since fighting broke out in March last year, Yemen’s war has taken a devastating toll on this poorest country on the Arabian Peninsula. The conflict between the insurgent Huthi movement on the one side and the government of President Abed-Rabbo Mansour Hadi, supported by a Saudi-led international coalition on the other side, has cost the lives of more than 6,000 people, half of whom were civilians. It has forced more than two million people to flee and has brought the largest part of the population on the verge of famine. All hopes are now directed at UN-brokered peace talks due to start on Monday 18 April in Kuwait.

In this Q&A, Crisis Group’s Senior Analyst for the Arabian Peninsula, April Longley Alley, assesses what can be expected from the talks.

You have been observing the situation for many years. How hopeful are you that the upcoming talks will finally break the deadlock between the main warring parties?

I am cautiously hopeful. What we can say for sure is that this is the best chance that Yemen has had since the beginning of the war to return to a political process. For the first time, the two protagonists with the capacity to end major combat, the Huthis and the Saudis, seem more willing than ever to do so.

The Huthis have been pushed back on several fronts and are facing serious economic challenges, which has put them under pressure. Since October of last year, when they were pushed out of the south, they have been more willing to take the demands of the opposing side seriously. The Saudis are under pressure, too, from the media, from rights groups and from their international allies who want the war to come to an end, given the appalling destruction and humanitarian crisis in the country. Moreover, the Saudis are experiencing increased fighting close to their own border. Plus, this war is costing them a lot of money at a time of belt-tightening at home.

So both sides have strong incentives for compromise and this has created valuable space for talks. Having said that, the road to a viable Yemeni power-sharing agreement is long and extremely difficult.

What are the main challenges?

The list of obstacles is long. Let’s start with the UN-brokered ceasefire: it came into effect on April 11 but was broken several times in its first five days by both sides. Still it seems better respected than previous ones. Making a ceasefire hold is a critical part of the peace process but difficult to implement.

Neither side controls all combatants that come under their overall umbrellas and there are spoilers on both sides.

Neither side controls all combatants that come under their overall umbrellas and there are spoilers on both sides. On the Huthi side, for example, it is not clear how committed their military commanders really are to implementing a ceasefire or how committed the group is to making significant compromises and implementing them in political negotiations. The Huthis are aligned with former President Ali Abdullah Saleh, but so far he has been left out of some of the talks between Huthis and Saudi Arabia that had led to the current ceasefire and the opportunity to relaunch the political process. As long as he is left out, he has the incentive to be a spoiler – a dangerous one.

On the government side, things are not any easier. President Hadi said last week that he will go to Kuwait to achieve peace. But his insistence that a political process can proceed only if the Huthis fully implement UN Security Council Resolution 2216, including disarming and withdrawing their forces from seized territory, is unrealistic. Hadi’s government and the various groups loosely fighting under its umbrella have few incentives to end combat as long as Saudi Arabia is willing to support their war effort. The government’s willingness to compromise in the UN talks in Kuwait is directly linked to how much pressure Saudi Arabia is willing to apply towards a negotiated settlement.

Fighting increased significantly in the weeks leading up to the ceasefire and has continued along several key fronts even after it was announced. This might have been an attempt by both sides to strengthen their pre-talks bargaining position but it certainly clouded the atmosphere at the outset of the talks.

Another reason to worry is the recent cabinet reshuffle. President Hadi just replaced his prime minister and vice-president Khaled Bahah with General Ali Mohsen. While Bahah favoured a political settlement, Mohsen is seen as a hardliner who is a long time enemy of the Huthis and Saleh’s arch-rival. The timing and substance of this appointment send a negative message to the Huthi/Saleh group at a time when Yemenis should be meeting to discuss a more inclusive government through UN talks.

How do you evaluate the set-up of the talks?

For the moment, these talks are designed to be between President Hadi’s government and, on the other side, the Huthis and former President Saleh’s General People’s Congress party, the GPC. Neither faction represents all of the different interests that matter inside Yemen. It would be necessary to widen the discussion around a number of issues, including interim security arrangements in order to make a ceasefire hold and unresolved political issues, such as the timing of elections, transitional justice and state structure.

The talks won’t be easy. In an ideal scenario, both sides would agree to compromises that can build trust, strengthen the ceasefire and allow for an inclusive government to return to Sanaa and restart the political process. But that’s a long way off. It’s not clear that President Hadi’s government will make any significant concessions regarding the implementation of UN Resolution 2216 or that the Huthis will agree, for example, to a timely framework for disbanding their revolutionary councils and allowing for the return of the government, albeit a more inclusive one, to the capital.

What are the main points on the agenda of the talks?

The UN has specified five focus points: the withdrawal of militias and armed groups, the handover of heavy weapons to the state, interim security arrangements, the restoration of state institutions, the resumption of inclusive political dialogue, and the establishment of a committee on prisoners and detainees.

All of them are crucial, of course. What I see as the most urgent priority is an agreement on mutually acceptable interim security arrangements. This would be essential to strengthening the ceasefire, providing an environment that facilitates other actions like the return of a government, disarming armed groups and having them withdraw. It is also critical to start delivering humanitarian aid and commercial goods to a population that desperately needs them.

Ultimately, to be successful, the talks must address all the issues that triggered the conflict in the first place and have now been complicated and inflamed by war: the structure of the state and national-level power sharing in both the military and the government.

What if this chance is missed?

That would be tragic. Yemen does not have the luxury of time to wait until another such chance arises. I see these talks as a small glimmer of hope that needs to be taken advantage of quickly – not least because of the political calendar. For example, President Obama will be traveling to Saudi Arabia on 21 April for the GCC summit and this will put a greater spotlight on Yemen and the need to have an effective ceasefire in place ahead of his visit. Now is the moment for compromise in part because the U.S. and Saudi Arabia’s other allies, who are themselves under increasing pressure from rights groups, are more and more calling for a wrap-up of military operations. If this chance is not seized, we might be back to a situation where Yemen is off the radar again, even more than usual, with continuing devastating consequences for the civilian population.