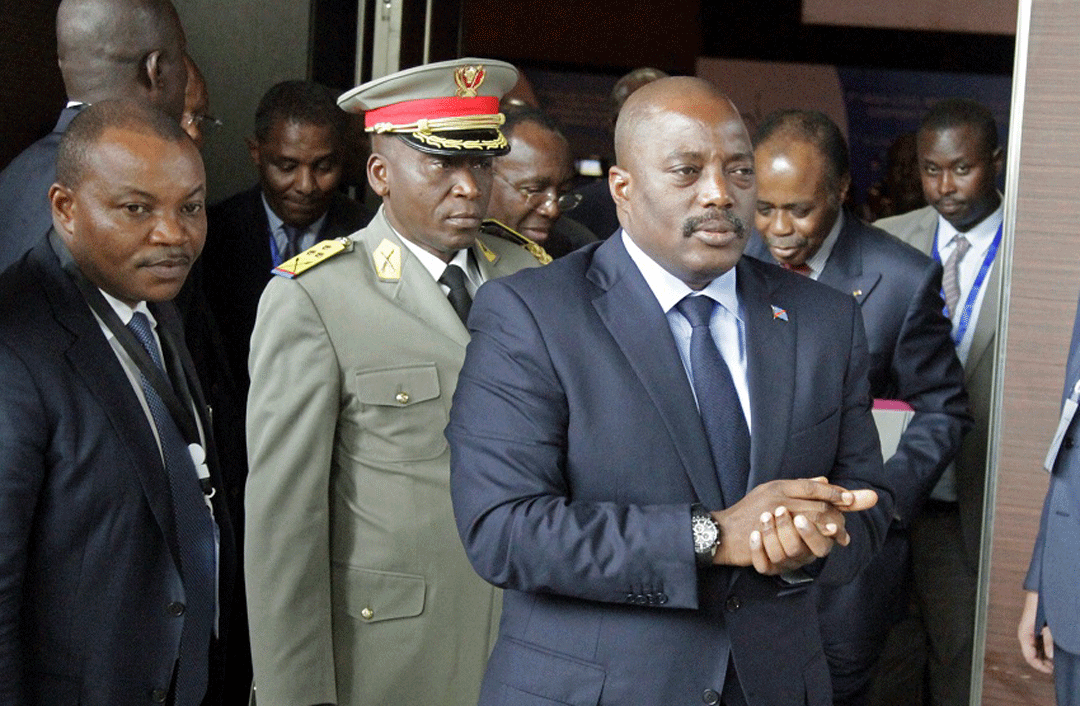 African leaders meeting in Luanda this week got part of the way to solving the Democratic Republic of Congo’s (DRC) political crisis, endorsing a proposed sixteen-month delay for the DRC’s presidential election. But to ensure the frustration of the DRC opposition and popular anger does not spill over into more violence, they must do much more to make sure the elections actually happen this time.

The DRC Constitution stipulates that the election should take place by 19 December, but the lack of preparation means this now cannot happen. This has sparked a political crisis over the future of President Joseph Kabila, who appears determined to defy the constitution’s ban on him standing for another term and staying in power beyond that date.

Since September, the African Union has mediated a Congolese dialogue in which some but not all domestic DRC parties discussed how to deal with what should happen after December. They reached a political agreement on 18 October. This is what was endorsed by the leaders in Luanda, meeting under the auspices of the follow-up mechanism of the Peace, Security and Cooperation Framework (PSCF) for the DRC.

But the political agreement lacks domestic consensus and has controversial elements. Its call to monitor (“control”) the activities of NGOs in the election process is worrying at a time that Kinshasa is clamping down on civil society. It places the election date at the end of April 2018, but says nothing about the president not standing again, even if the preamble underlines the need for a change of regime through democratic elections. And it says nothing about any limits on presidential or government powers after the 19 December constitutional deadline.

The agreement has been signed by the ruling party and its allies, the ‘moderate’ opposition and those civil society organisations that participated in the dialogue. It “remains open” to other signatories. This reflects the weakness of the dialogue itself, which did not include the biggest parties and personalities of the opposition, Etienne Tshisikedi and Moise Katumbi. The Catholic Church, the strongest moral arbiter in the country, has criticised the agreement and called for a new dialogue.

The DRC authorities have barely tried to disguise their satisfaction regarding the soon-to-be-formed transitional coalition government as a price worth paying for such generous breathing space. Meanwhile the Constitutional Court, which back in May supported Kabila staying in power beyond the end of his mandate in December, has seemingly validated the new electoral timeline, although serious questions remain as to whether the requisite number of judges were present to do so.

Civil society groups have criticised the agreement, focusing on the overly generous timeframe for the elections and the failure to clearly state that President Kabila should not stand in future elections. Some have simply continued to call for him to stand aside in December. The Rassemblement opposition group has condemned the agreement and called for a fresh dialogue. Previously, on 4 October, it had called for a “special regime” to be put in place following 19 December, rather than for President Kabila to stay on with full powers.

The government and opposition remain miles apart, pointing to a dangerous political polarisation which contains serious risks of continued urban violence. To make matters more complicated, the international community is reflecting this division back at them.

Western powers have become increasingly strident in their criticisms of the government: in a recent statement the European Union (EU) took its hardest line yet against the government’s strategies for delaying the elections, moving its position closer to that of the U.S. By contrast, Angola, the host of this week’s meeting in Luanda, had already effectively endorsed the agreement before delegates had arrived. Foreign Minister Georges Chicoti said it should be accepted and the proposed new election date in April 2018 supported, otherwise “everyone would make up their own calendar”.

This situation presents three immediate dangers. The first is the evident distance between the government and the opposition. Suspicions that some politicians may enter government to refill their electoral war chests will fuel anger, while the opposition will feel emboldened by Western backing and by popular support apparently evident in recent polling.

The second danger is the ever-widening gap between Western and African positions, playing out in a context of anti-Westernism expressed through growing hostility on the continent to the International Criminal Court. This will only encourage the hardliners in the government and opposition alike to camp on their positions, and make resolution harder.

Finally, the rapid and almost unconditional acceptance of the agreement by leaders assembled in Luanda means that Kinshasa will feel under little pressure to implement it and actually stage the elections. The government, which has spent two years perfecting ways of slowing down preparations for polls, may simply repeat for the April 2018 deadline what it has already done for the one in December 2016.

If African powers ... are to rally round this agreement, they need at the same time to seize this vital opportunity to put real and sustained pressure on the government in Kinshasa to get to elections

If African powers, especially the key players Angola and South Africa, are to rally round this agreement, they need at the same time to seize this vital opportunity to put real and sustained pressure on the government in Kinshasa to get to elections – no excuses this time. African powers should demand clear timetables, agree upon benchmarks (including a commitment to the provision of funding for the elections by the national government, as well as the opening of political space) and clarity of responsibilities between the independent electoral commission and other relevant government institutions to ensure polls are held by April 2018.

This will mean close, hands-on supervision of the implementation of the agreement through the follow-up committee of the dialogue, which has been given a regionally constituted role for international support. But most of all it will need sustained, fully coordinated diplomatic pressure, particularly by those African powers that have contributed to the agreement. Any weakness or division will be taken by Kinshasa as a signal to again slow down preparations for any election.

As for Western powers, they may have reasons to be unhappy with the agreement. But faced with a choice between working to brace and to implement the African position and ploughing their own furrow, they should choose the former.

To mark the end of Season Three of The Horn, Alan discusses a few major developments in the region with Crisis Group experts. First up, he speaks to William Davison, Senior Analyst for Ethiopia, to discuss the prospect for possible peace talks in Ethiopia after the humanitarian ceasefire declared in March between federal and Tigrayan forces. They discuss the recent welcome steps towards peace talks, the remaining hurdles towards holding such negotiations and the major obstacles that any peace talks will need to overcome. They also discuss Ethiopia’s deteriorating economic situation and the ongoing insurgency in the Oromia region.

Next, Alan speaks with Nelleke van de Walle, Project Director for the Great Lakes region, to discuss Kenya’s recent diplomatic foray in the eastern DR Congo and how it is reshaping regional politics. Alan and Nelleke discuss the factors behind the warming ties between Kinshasa and Nairobi and the reasons for Kenya’s recent initiatives towards the DR Congo. They discuss the proposal for the East African Community to deploy a joint force under Kenyan command to fight armed groups in the eastern DR Congo, and they unpack the recent peace talks Nairobi hosted between Congolese authorities and armed groups. They also chat about how the looming presidential election in Kenya could impact Nairobi’s future diplomatic role.

Finally, Alan talks to Nazanine Moshiri, Senior Analyst for Climate & Security in Africa. They break down the impact of the devastating historic drought hitting much of the Horn region. Nazanine explains which parts of the region are worst hit and outlines how this crisis is exacerbated by the global commodity shocks, which are driving up food prices as well. They also highlight the worrying repercussions, from major displacement to land disputes and intercommunal conflict. Back from recent visits to the northern Great Rift Valley and Laikipia county in Kenya, Nazanine talks about how the drought is upending life there and how the climate shocks are intermixing with rising political tensions and violence ahead of Kenya’s elections.

We want to hear from you! As Season Three of The Horn draws to a close, if you have any feedback or suggestions for topics you’d like us to cover next season, you can write to podcasts@crisisgroup.org or get in touch with Alan directly on Twitter, @AlanBoswell.