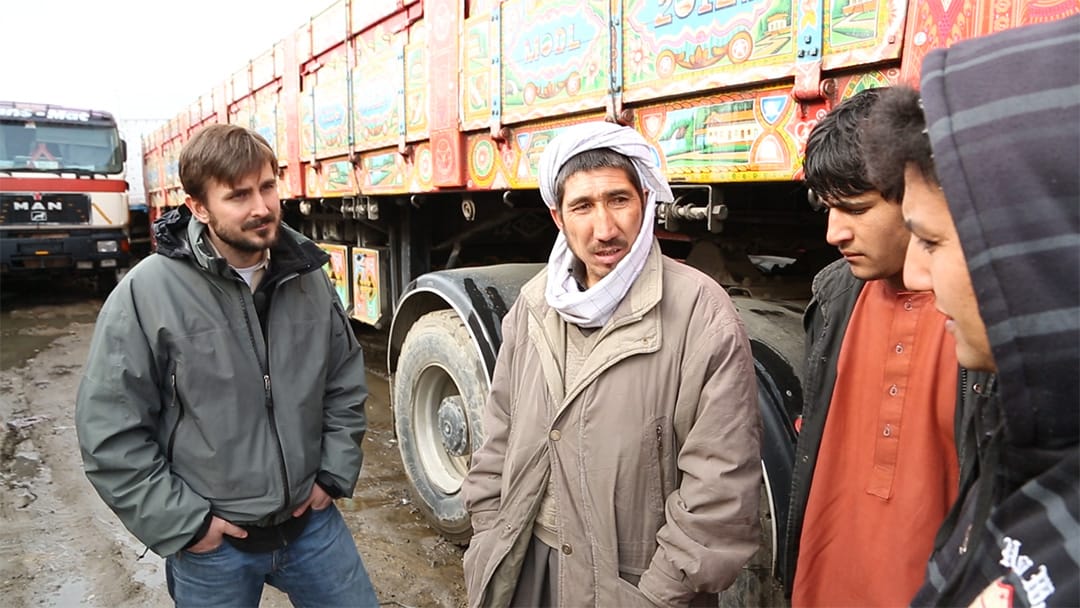 Pushing for a U-turn in Afghanistan

In 2013-2014, International Crisis Group’s work in Afghanistan helped shift the consensus on the Taliban insurgency from “the war is cooling down” to “the war is growing”. This was a fundamental revision of the way in which the conflict’s progression was viewed, and resulted in a critical rise in Western powers’ support to the Afghan government. In a conflict that no side could win outright, Crisis Group believed, this aid was vital to stabilise the situation on the battlefield enough for peace talks with the Taliban to progress.

Interweaving field research, report-writing and targeted advocacy, Crisis Group challenged the assumptions behind the NATO proposal at its 2012 Chicago summit to draw down troops by the end of 2014. Donors said they would significantly reduce their annual subsidy to the Afghan security forces to $4.1 billion annually. The NATO plan was based on the belief that the insurgency was diminishing and the Afghan government could safely cut more than 100,000 personnel from its security roster.

Crisis Group began to question this position during a June 2013 visit to Kandahar by our Senior Analyst for Afghanistan, Graeme Smith. The province was being hailed as a success story, an example of how recent surges of international forces had beaten back the insurgency. But friends and contacts Smith had known since he lived in Kandahar from 2006 to 2009 told him that while the Taliban had been pushed away from the urban areas, a desperate battle was underway for control of the outlying villages. A former official from Ghorak district told Smith about his colleagues in the Afghan National Security Forces (ANSF) who were starving in their outposts, running out of fuel and bullets, and dying of minor wounds that festered without medical attention. As he delved deeper, Smith saw the pattern repeating across Afghanistan, with Kabul’s crumbing control of outlying districts coinciding with the withdrawal of international forces.

Obviously, the narrative about the war cooling down was wishful thinking, with dangerous implications for military and political efforts to defeat the insurgency. Indeed, if NATO were to follow through on dramatic funding cuts to the Afghan forces, the Taliban’s pressure on government forces would likely gather momentum. It undermined the whole logic of the UN team working on negotiations with the Taliban, namely that no deal was likely until the Afghan government and the West reached a “hurting stalemate” with the insurgency on the battlefield. 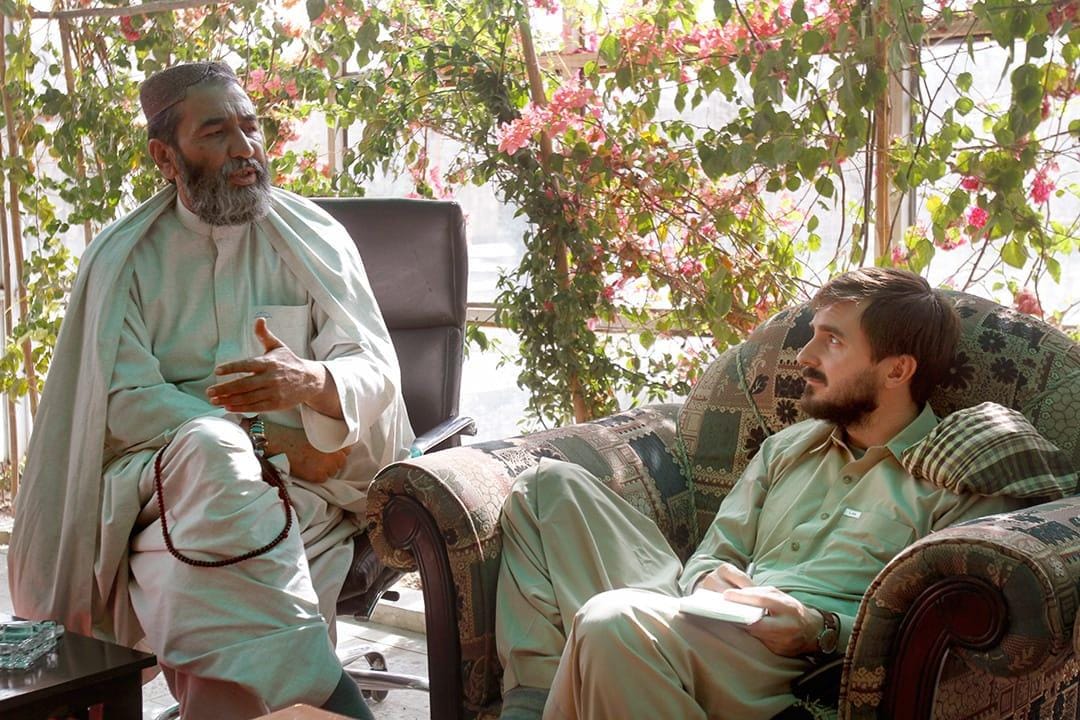 As he pursued interviews and briefings with contacts for a new Crisis Group report, Smith raised the alarm in an op-ed in The New York Times (“Grabbing The Wolf’s Tail”, 16 January 2014). He pointed out that the Afghan conflict was not winding down, notwithstanding assurances to the contrary from the Pentagon. This prompted an invitation a couple of weeks later to present our research and discuss recommendations at a meeting of UN field office directors in Kabul.

Smith had similar discussions in March and April with Deputy U.S. Ambassador Michael McKinley and his political staff. Informally, he got feedback from senior figures in the Afghan government during a dinner hosted by the deputy minister of interior in April; the next day he briefed (and learned from) an audience of representatives from the Afghan and donor governments and international organisations including the EU, UN and NATO.

Published in May 2014, our report, Afghanistan’s Insurgency after the Transition, attracted significant media coverage, making headlines as the first rigorous explanation of why the violence continued to grow, and calling for a reversal of funding cuts to effectively fight the insurgency. Two days after the report’s publication, Smith briefed the visiting advisor to the U.S. special representative for Afghanistan and Pakistan. He also presented the report’s findings to European ambassadors and the EU special representative at a formal luncheon, hosted in a heavily guarded palace formerly belonging to the royal family of Afghanistan. The tide was turning: Western officials now agreed with Crisis Group that pressure on the ANSF was going to increase in the next two years. In confidence, they said the diplomatic community had begun encouraging the Afghan forces to adopt a less diffuse posture and to concentrate defences around major population centres and key roads. In the following weeks, Smith continued to push the message home in dozens of briefings to embassy staffers, military and intelligence officials, and UN staff.

Informally the commander of the International Security Assistance Force (ISAF) Joint Command – which had issued a report in November 2013 stating that the war was winding down – expressed interest in using our report as a way of challenging the analysis coming from his own headquarters (it subsequently emerged that the NATO database of security incidents was flawed).

While some officials remained unwilling to accept Smith’s view that remote district centres risked being overrun, others were surprisingly receptive. Formal and informal briefings also continued with senior figures in the Afghan government, ranging from meetings with police chiefs in the embattled provinces of Kunduz and Kandahar to cocktail receptions in Kabul on the rooftop patio of a deputy minister’s house. While some of our Afghan interlocutors chided us for our negative outlook on the ability of Afghan forces to hold ground in the 2014 and 2015 fighting seasons, they were at the same time appreciative of our calls for greater ANSF support.

Even before our May report appeared, Crisis Group staff in Washington DC led by Senior Vice President Mark Schneider had moved into action. Schneider briefed the special representative for Afghanistan and Pakistan, his deputies, and the National Security Council director for Afghanistan and Pakistan. The report generated a demand, he was specifically told, from the National Security Council to the Joint Chiefs of Staff and the Department of Defense to explain the divergence between Defense’s initial optimism and the new Crisis Group findings. By the summer, the idea of clear gaps in the Afghan forces’ ability to engage in combat was common discussion, as was the need to increase the funds that had been promised in 2012.

Crisis Group’s President & CEO Jean-Marie Guéhenno drove home the message in a meeting with the [U.S.] Chairman of the Joint Chiefs of Staff, who assured Guéhenno that the U.S. or NATO would ensure that Afghan combat readiness would be raised.

Subsequently, Schneider and Crisis Group’s South Asia Project Director Samina Ahmed briefed the U.S. Senate’s Foreign Relations and Defense Committees on the May report and a follow-up report on how the Afghan government could meet the threat (Afghanistan’s Political Transition, October 2014). That same month, Crisis Group’s President & CEO Jean-Marie Guéhenno drove home the message in a meeting with the Chairman of the Joint Chiefs of Staff, who assured Guéhenno that the U.S. or NATO would ensure that Afghan combat readiness would be raised.

Our efforts to draw attention to the serious risks of reducing support to the ANSF already paid off at NATO’s September 2014 summit, when the Afghan delegation received assurances of at least $5.1 billion annually, avoiding serious personnel cuts. The planning process within

NATO has continued to reflect this line of argument; while NATO continues to maintain that funding will gradually fall to the levels pledged at the 2012 Chicago summit, the timeline remains unspecified. Total funding for Afghan security forces in 2015 is $5.443 billion, with planned expenditures for 2016 exceeding $5 billion.

Sadly, our prediction of higher violence in 2014 and 2015 proved correct. Casualties among Afghan security forces doubled in 2014 compared with the previous year, and in 2015 they have run 60 to 70 per cent higher than in 2014. We also predicted that “continued escalation would put district administration centres at risk of capture by insurgents”, which unfortunately has been borne out in several locations. In 2015, for the first time since the beginning of the insurgency, the Taliban were capturing and holding multiple district centres as the Afghan security forces struggled to regain lost territory.’

International Crisis Group will always be on the lookout for such ways to nudge conflicts towards a resolution, using the same unique methodology: field-based research that capitalises on our staff’s long experience and deep network of local contacts, which allows us to identify the trends that others are unable or unwilling to see; and then taking our findings to key decision-makers, both formally and behind the scenes.

Afghanistan’s Insurgency after the Transition

Up Next
Op-Ed / Asia

In August 2021, Afghanistan was thrust back into the headlines. Taliban forces rapidly closed in on Kabul, and the United States began making its final military withdrawal. Suddenly, the world was confronted with images of desperate people squeezing their way into Kabul’s airport for a chance to flee. Almost overnight, nearly everything that the United States and its allies had accomplished in 20 years of fighting, spending, and building in Afghanistan disintegrated. For the one million or so Americans who had taken part in those failed endeavors, and for the millions of young Afghans who had grown up under a Western-backed democracy, flawed though it was, such losses were head spinning. With their livelihoods imperiled, and with many fearful for their lives, hundreds of thousands of Afghans sought to leave the country, posing a new challenge for withdrawing Western forces.

The United States didn’t expect to mount such a large evacuation, or at least not so quickly. Over ten days, the U.S. military and its allies airlifted about 120,000 people, including 80,000 Afghans, from Kabul, mostly to military bases in the Middle East, from where they eventually left for the United States and elsewhere. The effort was chaotic. For those without a U.S. passport or visa, often the only ticket out was a personal connection to someone who could pull strings with U.S. personnel on the ground. American veterans, former diplomats, aid workers, and journalists scrambled to find passage for vulnerable Afghans. Many Afghans who wanted to leave were turned away. Amid this crisis, many Americans who had served in Afghanistan were angry that the evacuation was so haphazard and left behind so many Afghans they believed to be at risk.

One of those Americans was Elliot Ackerman, who served in Afghanistan as a marine and later as an adviser to Afghan counterterrorism teams under a CIA-led program. In the final weeks before the U.S. withdrawal, he joined a series of impromptu efforts to help evacuate small groups of Afghans. Ackerman used his connections to the U.S. military and other agencies involved in the evacuation to help Afghans get into Kabul Airport and onto planes. In The Fifth Act, Ackerman describes these efforts, interweaving the account of the withdrawal with his combat experiences and views on what went wrong with the war.