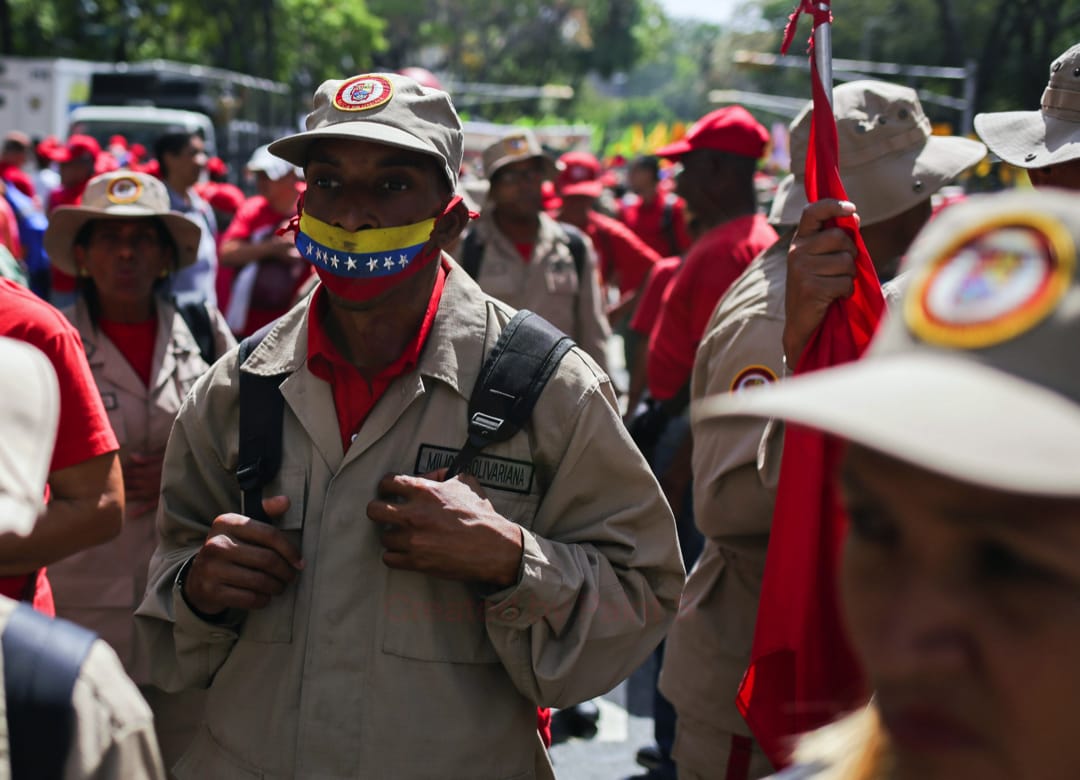 A Misguided Bid to Topple Maduro as the Virus Looms

Just as Venezuela’s number of COVID-19 cases topped 100, the U.S. indicted President Nicolás Maduro and others on drug trafficking charges. This ill-timed move will likely fail. The only sensible course is sanctions relief and negotiations between government and opposition over a humanitarian truce.

The 26 March indictment by the U.S. of Venezuelan President Nicolás Maduro and many of his closest associates is the wrong decision at the wrong time. In making the announcement, senior Trump administration officials openly expressed the hope that this latest turn of the screws could help force Maduro from power. But as Venezuelans brace for COVID-19’s potentially devastating impact, coming atop a pre-existing humanitarian emergency, what is urgently needed is a pause in the political conflict, not a gamble on regime change. A deal between the government in Caracas and the opposition, one that would allow the delivery of critical aid and supplies, would serve the Venezuelan people more effectively than this attempt at a quick victory under the shadows of a raging pandemic and a global recession.

U.S. Attorney-General William Barr announced the indictment of Maduro and many of his top aides, including the defence minister, General Vladimir Padrino López, on charges of conspiring with former Revolutionary Armed Forces of Colombia (FARC) guerrilla leaders to ship hundreds of tonnes of cocaine northward through Venezuela. The charges against the president carry a mandatory minimum sentence of 50 years’ imprisonment. The U.S. government is offering a $15 million reward for information leading to Maduro’s capture and conviction.

Venezuela is steeling itself for the full health and economic impact of the COVID-19 pandemic.

The announcement comes at a particularly sensitive time. Venezuela is steeling itself for the full health and economic impact of the COVID-19 pandemic. So far, the government has reported 107 cases; it mandated a nationwide quarantine on 16 March. But the country is woefully ill equipped to deal with the disease. The indictments also coincide with calls from Venezuela’s civil society for a truce in the bitter confrontation between government and opposition, and with urgent requests from the UN and others for relief from economic sanctions for nations that are especially vulnerable to the pandemic, and especially unprepared to tackle it.

Washington regards Juan Guaidó, who heads the opposition-dominated National Assembly, as Venezuela’s rightful president. So do several dozen other countries, including most EU member states and much of Latin America. But Guaidó cannot translate this impressive external support into effective action – on the coronavirus or anything else – because all levers of state power remain in Maduro’s hands. For his part, Maduro, although claiming to have controlled the spread of the virus, desperately needs outside aid. Two decades of mismanagement and corruption have brought the country’s vital, state-owned oil industry to its knees; combined with the effects of U.S. sanctions and a collapse in the oil price, the result is a critical shortage of funds for food or fuel, let alone for coping with the medical emergency. Underscoring Maduro’s powerlessness, the International Monetary Fund on 17 March turned down his request for a $5 billion emergency credit line, on the grounds that there is no consensus among its member states as to who actually governs the country.

A handful of opposition politicians, along with representatives of local NGOs and professional organisations, are calling for an agreement between the two sides that would enable aid and relief funds to begin flowing in far greater quantities to a population of whom close to 90 per cent cannot cover their basic needs and third suffer from malnutrition. Although details vary, most of these proposals envisage a high-level, bipartisan committee of experts to oversee the crisis, and specialised agencies, including those of the UN, with outside monitoring to guard against diversion of funds, to manage the resources for tackling the pandemic. At the same time, UN Secretary-General António Guterres, UN High Commissioner for Human Rights Michelle Bachelet and EU High Representative Josep Borrell have called on countries imposing sanctions to offer relief to governments such as Venezuela to enable them to better face the emergency.

Both Maduro and Guaidó have indicated in principle their willingness to reach an agreement. There are still hurdles, however. Maduro has named specific opposition politicians with whom he is willing to deal and pointedly excluded Guaidó in a transparent attempt to divide the opposition. Guaidó has called on the armed forces to “remove the obstacles” to aid, saying “no dialogue with the dictatorship is necessary”, hinting at a repeat of the opposition’s abortive attempt in 2019 to force humanitarian aid across the border in an overt bid to provoke the military to turn on Maduro. But these attempts to achieve a thaw in hostilities between government and opposition are critical, and everything should be done to help them.

Instead, the U.S. announcement is almost certain to impede the efforts. A few hours after the Justice Department press conference lodging the new charges, Venezuela’s chief prosecutor Tarek William Saab announced that he was opening an investigation into Guaidó for allegedly plotting a coup. Saab’s statement followed others by a dissident general, Clíver Alcalá, in which the latter implicated himself in an armed resistance movement aimed at toppling Maduro. Curiously, Alcalá, now a declared opponent of the president, was also among those indicted by the U.S.

But to attempt to force regime change just as the full intensity of the health emergency is about to be felt is profoundly misguided.

The motivation behind the indictments seems clear: at a time of growing economic and humanitarian distress in Venezuela, some in Washington and among the Venezuelan opposition see an opportunity to ratchet up pressure on Maduro and force his ouster. At his press conference, Barr said the indictments’ unsealing amid the pandemic was “good timing”, because Maduro needs to go if Venezuelans are to deal with the spreading virus effectively. But to attempt to force regime change just as the full intensity of the health emergency is about to be felt is profoundly misguided.

More than a year of draconian sanctions and diplomatic pressure has failed to dislodge Maduro, despite emphatic off-the-record U.S. assurances in early 2019 that he would be gone in a matter of weeks. (Colombian President Iván Duque made the same prediction publicly.) Instead, Maduro remains firmly entrenched while the situation of Venezuelan citizens has dramatically deteriorated and the number of migrants and refugees fleeing the country has reached nearly five million. Even if the policy suddenly were to pay off and Maduro’s government to collapse, any incoming administration would face a social, economic and humanitarian calamity, administrative and political chaos, and the potential for violent backlash from irregular armed groups that have proliferated in recent years.

Whatever the indictments’ legal merits, Washington has unveiled them at a terrible time for Venezuela. The priority now should be for the two competing sides to reach an agreement, one that might save tens of thousands of lives, or more, and potentially open the door to a broader political settlement. Chances were already slim that the sides would take this course, but now, in the even more poisonous atmosphere following the U.S. announcement, they seem vanishingly small. There is every reason to fear that calls for sanctions relief will fall on deaf ears. But there also is every reason to keep echoing them and to press Washington to reconsider its stance. There is nothing to be gained, and a great deal to be lost, from doubling down on the current approach as catastrophe looms.

Imagining a Resolution of Venezuela’s Crisis

Under a Merciless Sun: Venezuelans Stranded Across the Colombian Border