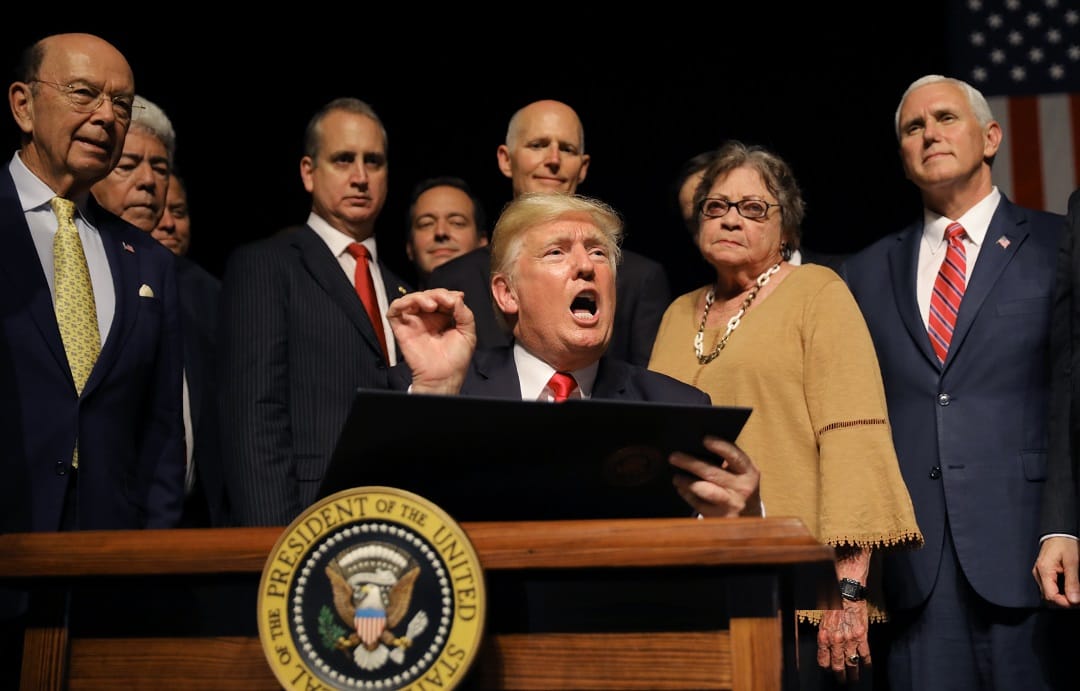 President Trump’s new measures against Cuba preserve diplomatic relations and the right to most U.S. trade and group travel. But aggressive U.S. atmospherics risk hardening Cuba’s domestic politics and making it harder for Havana to play its mediating role in regional crises and conflicts.

President Donald Trump’s 16 June announcement that his administration will partially reverse efforts to restore diplomatic ties and normalise relations with Cuba represents a throwback to the past that imperils the overall goals of freedom and democracy it professes to promote. With veteran Cuban President Raúl Castro due to retire in one year, and while Cuba’s most important ally, Venezuela, sinks further into political and economic turmoil, the content and timing of this decision show scant sensitivity to how U.S. actions resonate with the Cuban people and the region as a whole.

The measures included in President Trump's address to Cuban exiles in Miami will have only minimal practical impact. The most significant among these – the prohibition on transactions with Cuban military businesses and the ban on individual travel to the island by U.S. citizens – roll back the thaw in relations announced by Presidents Obama and Castro in December 2014, but in ways that are highly selective and hard to enforce. Importantly, neither the decision to reopen a U.S. embassy in Havana nor the right for U.S. citizens to trade with or travel to the island in organised groups, has been repealed.

If the real intention is to spur a democratic transition in Cuba, then the almost certain outcome is failure.

But the spirit and tone of the speech are another matter. Its aggressive nature, the warmth shown to veterans of the anti-Castro cause, and repeated condemnation of the Communist Party’s repressive rule were like reruns of an old recording, full of familiar sounds from the golden age of U.S.-Cuban hostilities. As critics of the U.S. decision have been quick to point out, the announcement jars with the administration’s otherwise laissez faire approach to autocracies virtually everywhere else, and the promise in Trump’s inaugural address that “we do not seek to impose our way of life on anyone”. It is not hard to imagine that this inconsistency will be attributed by many Cubans and Latin Americans to an ingrained U.S. sense of entitlement toward an island that at the end of the 19th century became its protectorate, and by the mid-20th century its pleasure palace.

If the real intention is to spur a democratic transition in Cuba, then the almost certain outcome is failure. Half a century of U.S. ostracism did not manage to oust the Castro brothers, not even when the collapse of the Soviet Union ushered in a “special period” of extreme scarcity and recession on the island. Instead, vigorous repression of internal dissent in Cuba more often than not has been justified as a response to the actions and perceived intentions of the “Colossus of the North”. In this instance too, the result could well be a hardening of regime policies. The revolutionary generation of the 1950s had been expected to depart the political stage soon, but the targeting of military companies nurtured by Raúl Castro in tourism, trade and services, and the threat of harsher measures to come, may convince veteran leaders to wait longer before relinquishing their influence.

More broadly, the measures will confirm in Latin American eyes the growing impression that the U.S. administration’s approach to the region is guided primarily by internal political considerations (in this case, Florida’s Cuban voters), economic nationalism on issues like trade and short-sighted security reactions to matters like immigration and drugs. It will bring into question Washington’s commitment to peace processes in which Cuba has been playing a key role – most recently, as host and guarantor in successful negotiations between the Colombian government and the Revolutionary Armed Forces of Colombia (FARC) guerrilla group.

Worsening bloodshed in Venezuela would be among the most regrettable consequences of an unnecessary, ill-informed and harmful shift in U.S. policy toward Cuba.

The most consequential unintended victims could well be Venezuelans. By turning its back on Cuba, if only partially and with debatable intent, the U.S. government risks undermining the island’s peace-making vocation at a moment when a solution to Venezuela’s downward spiral – the single greatest crisis in Latin America at present – depends to a significant degree on Cuban willingness to press its allies in Caracas and then ensure any negotiated settlement is implemented.

So far, Cuba has proved reluctant to assist in efforts to bring to the negotiating table a Venezuelan government with which it has close ties – and supports with thousands of Cuban security and intelligence advisers – and a Venezuelan opposition it distrusts. Cold War rhetoric and threats of greater isolation are unlikely to help. Rather, such U.S. tactics could bolster Cuban backing for an ever-more authoritarian Venezuelan government, which itself makes ample use of supposed U.S. intervention to justify its crackdown and undermine its opponents abroad. The diatribes this week against the U.S. delivered by Venezuelan Foreign Minister Delcy Rodríguez in the Organization of American States assembly suggest Trump’s unpopularity in the region has not gone unnoticed in Caracas.

In a region already characterised by economic stagnation and political polarisation, worsening bloodshed in Venezuela would be among the most regrettable consequences of an unnecessary, ill-informed and harmful shift in U.S. policy toward Cuba.

Cuba and the U.S.: Turning the Page