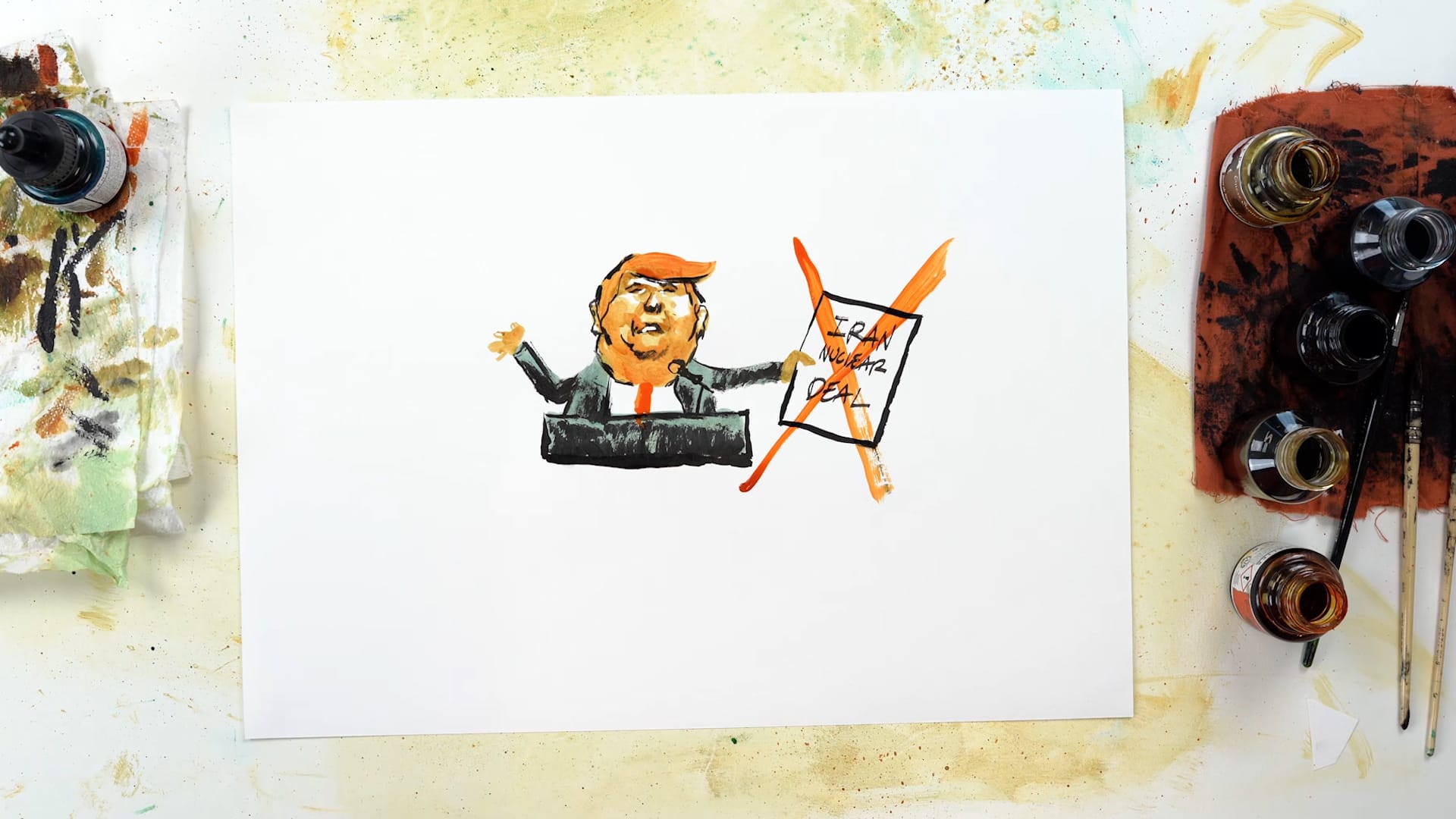 The Failure of U.S. “Maximum Pressure” against Iran

Five interactive slides show just how far the U.S. campaign to pressure Iran into expanding the 2015 nuclear deal has escalated risks in the Middle East, underlining the need for both sides to urgently resume compliance with their obligations under the accord.

The Trump administration ended U.S. participation in the Iran nuclear deal, known as the Joint Comprehensive Plan of Action (JCPOA), in May 2018, and proceeded to launch a “maximum pressure” campaign defined by the sweeping use of unilateral sanctions against Iran. The strategy was ostensibly intended to persuade Tehran to agree to a “better deal” that would include additional restrictions on Iran’s nuclear program and an expansion of the accord’s scope to cover Iran’s ballistic missiles and regional power projection.

But the Trump administration’s approach erred in two crucial assumptions. The first was that Iran would not respond to U.S. sanctions by expanding its nuclear activity. In fact, Tehran began to methodically break its JCPOA obligations in mid-2019 once it realised that because of “maximum pressure” it would receive none of the economic dividends it had expected from the agreement and was in fact being penalised even more than before it signed the JCPOA. The second mistaken assumption was that mounting economic costs would lead to Iranian concessions, or at least blunt the country’s ability to project power in the region. Instead, Iran raised its regional military profile, increasing tensions with Washington and its partners and bringing the two sides repeatedly to the brink of open conflict.

Iran’s JCPOA breaches have accelerated following the November 2020 assassination of Mohsen Fakhrizadeh, a top nuclear scientist, putting the deal’s two signal achievements – substantial restrictions on Iran’s nuclear program and Tehran’s submission to multi-tiered inspections and monitoring authorities – increasingly into jeopardy. Nevertheless, there is still an opportunity to save the deal if Washington and Tehran work with urgency toward a resumption of compliance by both sides that would reverse Iran’s breaches and put the JCPOA back on stable footing.

To view the impact of "maximum pressure" on five key areas kept under control by the 2015 Iran nuclear accord, click on the ruler and sweep it all the way right and then all the way left.

A key objective for the countries that negotiated the JCPOA with Iran (the U.S., UK, France, Germany, China and Russia, collectively referred to as the P5+1) was extending the time Iran would require to accumulate sufficient fissile material for a single nuclear weapon. Under the deal, this “breakout time” was lengthened from around two to three months to one year. As a result of Iran’s JCPOA breaches, which it made in response to the “maximum pressure” campaign, U.S. officials now estimate that the breakout time has dropped back to around three months.

Prior to the JCPOA, one of the central debates between Iran and the P5+1 was whether Tehran should be permitted to continue enriching uranium. Uranium that is enriched with a certain isotope (U-235) to 90 per cent becomes weapons grade. The compromise the parties reached was that Iran would be allowed to enrich uranium but required to drop enrichment rates from 20 per cent to an upper limit of 3.67 per cent for fifteen years. In response to “maximum pressure”, Iran has now breached that cap, first by an increase to 4.5 per cent in 2019 and, in accordance with an Iranian law passed after Fakhrizadeh’s killing, to 20 per cent in January 2020.

If capping enrichment capacity constitutes one element of restricting Iran’s nuclear program, another is limiting the volume of its stockpiles. The 2015 agreement limits Iran to 202.8kg of uranium (300kg of enriched hexafluoride). Iran broke that ceiling in July 2019 and has amassed a steadily growing stockpile of enriched uranium that, as of mid-February 2021, has approached three tons, more than fourteen times the allowed amount.

Under the JCPOA, Iran had to reduce its number of installed centrifuges by two thirds and enrich uranium using only 5,060 first-generation centrifuges (IR-1) for the next decade; an allowance was also made for operating 1,044 IR-1 centrifuges toward the production of stable isotopes that would not have military applications. Centrifuge enrichment capacity is measured by Separative Work Units (SWU) per year. The IR-1 machines, which are prone to breakdown, have a SWU of around 0.9 per machine, whereas some of Iran’s more advanced centrifuges are much more efficient. For instance, IR-2m machines have a SWU of 3.7 and IR-6 centrifuges have a capacity of 6.8 SWU per year. Iran is now enriching uranium using more advanced centrifuge models, gaining irreversible knowledge. In the process, it has increased its enrichment capacity from ~4,500 SWU/year under the JCPOA limits to ~12,900 SWU/year.

As part of the nuclear deal, Iran has voluntarily allowed enhanced inspections of its facilities by the International Atomic Energy Agency (IAEA) under the IAEA’s Additional Protocol to the Comprehensive Safeguards Agreement. It had promised to ratify the Additional Protocol in 2023 in conjunction with the U.S. Congress effectively lifting (instead of suspending) sanctions. The JCPOA also allows for rigorous monitoring measures that surpass Additional Protocol requirements. While a February 2021 temporary technical agreement with the IAEA limits the damage from an Iranian law sharply curbing international inspection authorities, inspectors’ access remains at risk if the standoff around the JCPOA’s revival is not resolved.

Biden Should Cap, Freeze and Roll Back Iran’s Nuclear Program

Reviving the JCPOA after Maximum Pressure