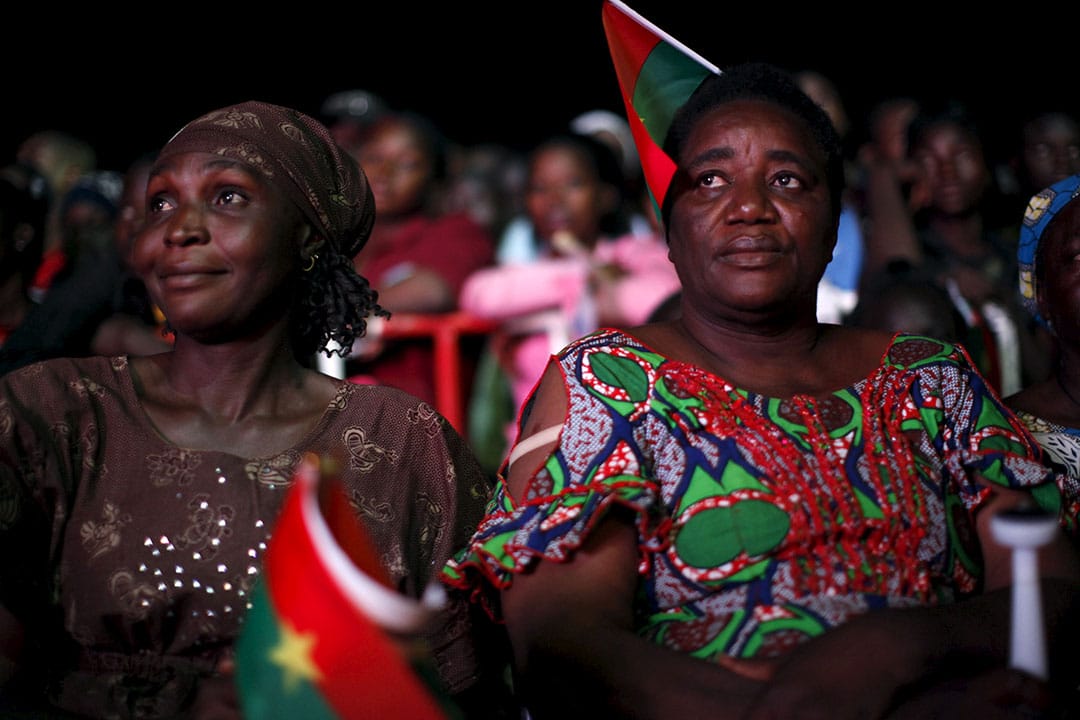 Burkina Faso’s democratically elected new government faces great challenges to deliver on justice, socio-economic needs and regional security. To succeed, authorities must resist the temptation to establish a new one-party hegemony. Instead, they should engage in social dialogue and political reconciliation, military reform, and friendly relations with neighbouring Côte d’Ivoire.

Roch Marc Christian Kaboré’s victory in the 29 November presidential election shows that Burkinabes aspire as much to change as to continuity. A former heir apparent to Blaise Compaoré, Kaboré symbolises both the stability of the former regime and, given his split from Compaoré, the desire for change. The new government must deliver on many challenges: major socio-economic needs, demands for justice, the fight against corruption and impunity, army reform and growing regional threats. The government will have to refrain from triumphalism, recognise the formidable challenges ahead and, most importantly, resist the temptation to recreate a Compaoré-like system of one-party hegemony. Without this, Burkinabes will massively return to the streets, as in October 2014 and September 2015, which could plunge the country back into crisis.

For now, however, a sense of relief is in order: the long and fragile transition was completed peacefully. By organising the free and fair 29 November elections, the transition fulfilled its principal purpose. It did not, however, manage to resolve all outstanding issues of the Compaoré years: economic crimes and acts of violence committed under the former regime have gone unpunished. The September 2015 attempted coup allowed the country to rid itself of at least the presidential guard (RSP). While the RSP’s dissolution is another step toward dismantling the Compaoré system, it does not solve the thorny issue of the future of the former regime’s partisans. The real transition – the one that should lead to the consolidation of democracy and the introduction of a new form of governance – begins now, with the installation of the new authorities.

The grace period will not last. Dire budgetary realities mean the new president will struggle to meet immediately the population’s high expectations, especially their socioeconomic demands. The presence of violent extremist groups in neighbouring countries is another threat. The October 2015 attack on a gendarmerie post in the west of the country, the first of its kind in Burkina Faso, is evidence of the worsening security environment. The inauguration of new authorities could be followed by a rapid deterioration of the social climate, which, combined with regional security threats, could create an explosive cocktail and block the new government’s scope for action. Furthermore, the September coup attempt demonstrated that the armed forces remain a key actor in the country’s political life. The military’s ability to interfere in political affairs, a constant feature of Burkina Faso’s history since 1966, did not disappear with the RSP’s dissolution.

The political class will eventually have to solve its own disputes. It will be particularly difficult for some of Compaoré affiliates to accept the accession to power of their ex-comrades-turned-enemies of the Movement of People for Progress (MPP) – founded in January 2014 as an outgrowth of the former ruling Congress for Democracy and Progress (CDP) party. This animosity could generate further tensions, especially if the new government succumbs to the temptation of a witch hunt against members of the former regime, and if some Compaoré followers choose destabilisation as their strategy to demonstrate that they remain a force to be reckoned with.

If Compaoré associates decide to use neighbouring Côte d’Ivoire as a rear base, as was allegedly the case during the September coup and the foiled attack against the Ouagadougou military prison last December, relations between Burkina Faso and Côte d’Ivoire could rapidly deteriorate. The bone of contention between the two countries has grown over the last two months. In addition to the suspected involvement of some Ivorian dignitaries in the September coup, the Ivorian authorities have so far ignored an arrest warrant against Compaoré issued on 4 December by a Burkinabè military court.

The October 2014 uprising that ousted Compaoré after 27 years in power marked a major upheaval in Burkina Faso, and the September 2015 coup was the first aftershock. Despite the peaceful elections, the country is not immune to future trouble as it opens a new chapter of its history. Many short- and long-term measures could be adopted to reduce the risk of future instability.

Up Next
Q&A / Africa

Burkina Faso is the latest in a string of African states to fall victim to a military coup. Late January saw Burkinabé soldiers oust President Roch Marc Christian Kaboré, dissolve the government and suspend the country's constitution. Lieutenant Colonel Paul-Henri Damiba, the coup leader, has promised to address burgeoning violence across much of Burkina’s countryside. Fighting between jihadist militants and the army, together with state-backed militias, has over the past few years killed thousands and displaced 1.5 million people. Many Burkinabé, frustrated at the government’s inability to curb violence, took to the streets in celebration at the military’s power grab. The Burkina coup is the fifth in Africa over the past year, part of a worrying uptick in military takeovers on the continent.

This week on Hold Your Fire!, Richard Atwood is joined by Rinaldo Depagne, Crisis Group’s deputy Africa director and an expert on Burkina Faso, to talk about the coup and its ramifications. They discuss the instability across parts of Burkina that fuelled anger within the population and military, paving the way for the coup. They talk about what Damiba and the military will do next, how his power grab might impact the country’s struggles against Islamist militancy and how it might shape politics in West Africa and the Sahel more broadly. They look at the Burkina coup alongside other military takeovers on the continent and discuss what is driving more frequent coups and the dilemmas the trend poses regional organisations, Western powers and the UN.

For more information, explore Crisis Group’s analysis on our Sahel regional page and keep an eye out for an upcoming Q&A.