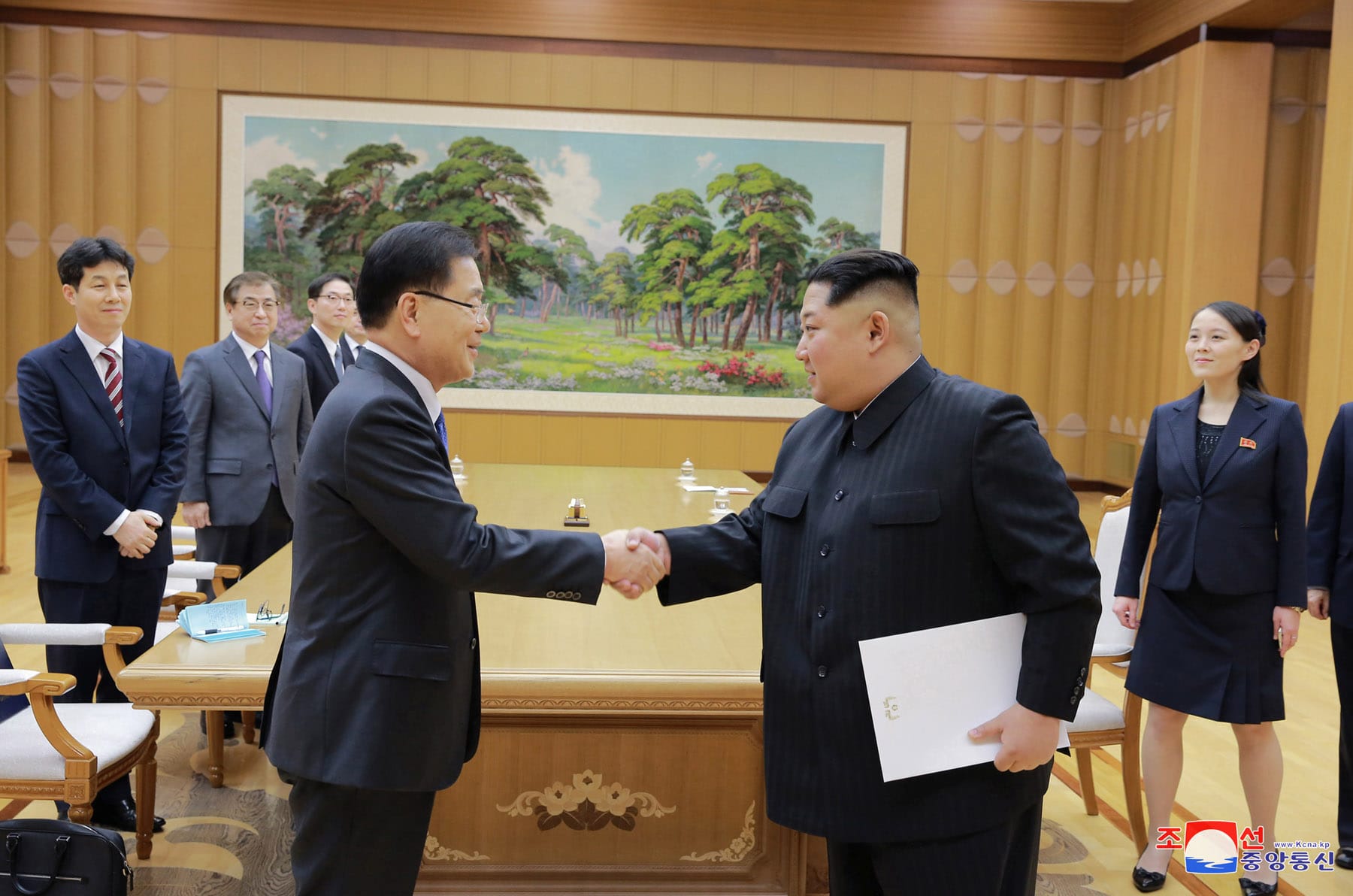 Following the first inter-Korean summit in ten years, the announcement that President Trump will meet North Korean leader Kim Jong-un is a promising sign. Although Pyongyang is unlikely to change its strategic course, the summit provides an opportunity for the U.S. to pair its maximum pressure with diplomacy and coordinate with Asian powers.

The surprise announcement on 8 March that U.S. President Donald Trump would meet North Korean leader Kim Jong-un by May has overshadowed analysis of talks in Pyongyang between North and South Korean officials earlier in the week. But those talks were of deep significance. They positioned South Korea as a conduit to Trump, and set the stage for him to accept Kim Jong-un’s proposal. Moreover, the way the talks in Pyongyang progressed offers clues as to prospects for the forthcoming talks between the Democratic People’s Republic of Korea (DPRK) and the U.S.

When Kim sat down to dinner with the delegation from Seoul, he took the inter-Korean Winter Olympics rapprochement another step forward. Simply by attending, he ensured that the visit would greatly exceed South Korean expectations. The meeting was the first such event to take place in the central Korean Workers’ Party building; alongside Kim’s own presence, the gesture showed the South Koreans they were being feted. Kim’s decision to use South Korea as a conduit for his message to Washington reaffirmed Seoul’s centrality to any process.

Caution is warranted, but continued talks among the three parties could create a stable forum for longer-term dialogue on critical issues related to security and stability on the Korean peninsula, potentially including Pyongyang’s weapons program. At the very least, we can be reasonably confident that talks will extend the current détente through the traditional period of spring tensions.

Too early for optimism

South Korea’s President Moon Jae-in was right, however, when he said that it is too early to be optimistic. The dramatic announcement of the forthcoming Trump-Kim meeting, close on the heels of news of the first inter-Korean summit in a decade, gives the impression of major progress. But it is still mainly at the level of symbolism; for now, little suggests Pyongyang will change its strategic course, and thus far the positive signs from all sides are in the form of statements rather than action. Pyongyang has not embraced a state of permanent, peaceful coexistence with Seoul, nor is it likely to. Nor will it forego its newly enhanced nuclear capabilities any time soon.

Moreover, much of what the North Koreans agreed to at the meeting in Pyongyang, even according to positively spun South Korean readouts, is not new. The DPRK reportedly showed a willingness to discuss denuclearisation with the U.S., but its bottom line – that it will give up its nuclear weapons program only if the “hostile policy” of the U.S. against the North disappears, incorporating the removal of the U.S. nuclear umbrella from South Korea – remains the same.

Similarly, Kim’s reported acknowledgement that he understands why South Korean-U.S. military exercises will go ahead in late March and April is welcome, but not unprecedented. Kim is pragmatic; he knows there is little he can do to stop the exercises. Some joint manoeuvres – those conducted on North Korean holidays or in harvest season, for example, or “decapitation drills” – do irritate Pyongyang. Certainly, Kim is quick to condemn these exercises as belligerent when it serves his interests to do so. But evidence suggests he does not believe they pose a major threat to his regime.

[North Korea] may have reached a point in its weapons development where it stands to gain less from further tests than from a bold diplomatic initiative.

By escalating its missile and nuclear tests in 2017, North Korea gambled with its security and spent an enormous amount of money, but made big strides in the military sector. Now, however, the law of diminishing returns is in effect, and there is an emerging consensus among South Korea, the U.S. and Japan that sanctions are starting to bite. Pyongyang cannot bear indefinitely the costs of the standoff with Washington. It must replenish its cash reserves. Though few people believe North Korea has accomplished everything it set out to achieve militarily, it may have reached a point in its weapons development where it stands to gain less from further tests than from a bold diplomatic initiative.

Unlike his methods, however, Kim’s mid-term goals are unlikely to have changed. The North Korean government has always sought the legitimacy conferred by equal treatment on the world stage. Also, it seeks to inflame tensions between left and right in South Korea, and to defang some of the sanctions arrayed against it. Kim’s charm offensive – of which the Pyongyang dinner was the latest showpiece – serves all these purposes. By making some conciliatory signs, the North Korean government doubtless hopes to erode the international consensus behind sanctions that the U.S. has worked hard to build. Relatively simple gestures could, perhaps, prompt Beijing to enforce sanctions less rigorously, and induce Seoul to seek new ways to engage North Korea economically. Even if UN sanctions remain in place, these steps would provide the Kim regime with significant breathing room.

Being clear-eyed about the events of recent days should not mean being cynical. There are reasons, beyond President Trump’s apparently off-the-cuff pledge to meet Kim, to view the talks in Pyongyang positively and the unexpected openings as opportunities to be seized. That the talks took place at all indicates that the North’s engagement strategy, whatever its motives, has a longer shelf life than seemed likely back in January when it began. Kim’s freeze on nuclear and missile testing, and apparent acceptance of the upcoming round of South Korean-U.S. military exercises mean that he is giving space for diplomacy. The rapprochement will almost certainly continue as the drills recommence on 31 March, after the end of the Paralympics.

Long before Trump and Kim’s purported meeting, Seoul and Pyongyang are supposed to establish a new hotline, and hold an inter-Korean summit – their third – at the Korean War truce village of Panmunjom in late April. Previous summits, in 2000 and 2007, took place in Pyongyang, resulting in vituperative criticism of the South Korean government from the opposition and the public in Seoul, especially in 2007. Meeting at the Peace House on the southern side of Panmunjom, where a series of blue (managed by the UN command) and silver (DPRK) buildings straddle the inter-Korean border, obviates the optics problem. Using that location also means that neither side need devote too much time and resources to planning – security is already assured, and the whole thing can be done in an afternoon if desired.

Kim also appears to have said North Korea is ready to freeze nuclear and missile testing during talks with the U.S. True, but top U.S. officials believe that Kim’s weapons development would continue even were testing suspended. Nor is it clear that Kim was actually planning tests for this year. And he has made such statements before. That said, it has been several years since the last such effort, and the pledge to freeze tests presents an opportunity that direct U.S.-North Korea talks can build on.

Kim’s hosting of the dinner for the South Korean delegation undoubtedly served – like the dispatch of his sister Yo-jong to the Winter Olympics in early February – to signal seriousness of purpose. The country’s personalist political system makes decision-making surprisingly transparent at times; the DPRK’s bureaucracy must now follow through on the statements attributed to Kim in a way that would not hold for any other official. Broadcasting a full ten-minute film about the meeting, as North Korean television did, while doubtless motivated by casting Kim in a flattering light, also raised the cost of failure for the North Korean side. Leaving senior government officials to deal with the South Korean visitors would have given North Korea wiggle room, even more so if the whole thing had been kept out of the public eye. Kim’s very public involvement conveys the message (be it sincere or not) that Pyongyang’s engagement is real.

An opportunity in the months ahead?

Overall, therefore, while exuberance is unwarranted, the inter-Korean meeting in Pyongyang represents a positive sign for the trajectory of North-South relations in 2018.

For its part, Washington has to this point focused on devising and rolling out the economic component of its maximum pressure strategy. Even when accepting Kim’s offer of talks, the White House made clear this strategy would continue. But with a Kim-Trump meeting suddenly looming, it needs to shift gears and prepare to take advantage of an opening that has been created in part by that pressure, though rather more so by Moon’s sensitive mediation. If he is serious about changing North East Asia for the better, Trump must quickly appoint an experienced, knowledgeable team, one that can lay the groundwork for talks between the two leaders that ideally set the stage for longer-term negotiations aimed at resolving the nuclear crisis.

The U.S. must determine its agenda and priorities in consultation with South Korea.

Concrete steps – even small ones – can be the ballast of symbolic gestures. For the U.S. and South Korea, it should be easy to agree to ensure that any joint military exercises go ahead in a manner that maintains force readiness without unnecessarily antagonising – and thus empowering – hardliners in Pyongyang and potentially imperilling both North-South and DPRK-U.S. engagement. Avoiding decapitation drills or exercises on particularly sensitive dates would be a low-cost concession, as would keeping nuclear assets out of the vicinity for the duration. South Korea and the U.S. could even take a step further. Seoul could invite personnel from the North Korean People’s Army to observe these exercises. This move would pose little risk to South Korea or the U.S. – but the DPRK’s acceptance of the invitation would have outsize significance, and any lingering fear that the exercises could disguise preparations for a genuine attack would dissipate.

The U.S. must determine its agenda and priorities in consultation with South Korea. On direct talks, Washington would do better taking its cue from Seoul as to when such talks make sense rather than setting preconditions. Both countries will have to bring along China and Japan, who are deeply invested in avoiding a crisis on the Korean peninsula. There are many good reasons for caution. But if the U.S. can pair its maximum pressure with diplomacy, its DPRK strategy could find considerable convergence with the policies of Asian powers. Combined with North Korea’s outreach, this possibility makes conditions for nudging Pyongyang in a more positive direction particularly propitious. 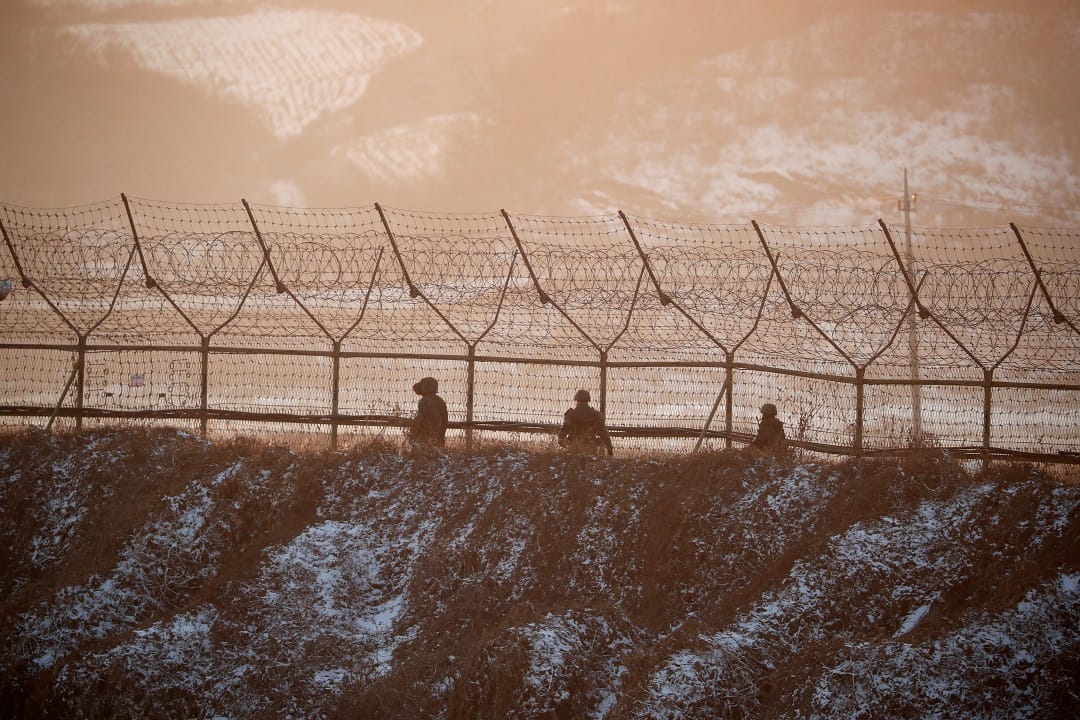 Brinksmanship on the Korean peninsula threatens a potentially catastrophic military escalation. In this second report of a two-part series, Crisis Group lays out the steps to de-escalate the crisis and buy time for a more durable solution.